Get excited folks! MLS offseason is about to turn into MLS preseason!

Well obviously the biggest news this week was the Tuesday morning press conference to officially welcome Oscar Pareja, and to a lesser extent Tesho Akindele.

You can get the full press conference breakdown at FCDallas.com.

"It was fun because I think I had recognized every hole in the street, any bump, any turn," Pareja told FCDTV after the press conference. "So I didn’t need the GPS for sure to come back here and see what is really familiar for me."

Pareja used the term "home" when talking about FC Dallas and the DFW area several times. Through all of the interviews that Pareja has done it seems that he couldn't be happier being back in Dallas where his long career in MLS began.

Here is the video from FCD from after the official press conference.

After the press conference MLSSoccer.com's Matt Barbour had a chance to talk with Oscar about the possible switch in tactics that he has in mind for FC Dallas in the upcoming season.

"There are some variations in a 4-3-3 depending on the three in the middle," Pareja told MLSsoccer.com on Tuesday at his official club unveiling. "If you want to do it with the triangle inverted, if you want to do 2-1 or 1-2. I like the wingers, I like that way. Probably the majority of my time in Colorado, it was like that. We will be looking at the personnel, but that would definitely be a formation I would be very [keen] to develop here."

What do you guys think about the possible switch to a 4-3-3 for the Hoops? Does FC Dallas have the personnel right now to make this work?

After all of the media time with Oscar FCDTV had a chance to talk to first round draft pick Tesho Akindele about his short time in Dallas and what he hopes to bring to the squad.

Personally I'm very excited for what this young man can bring to the Hoops attack next year. He seems to be the perfect type player to have on the front wings in a 4-3-3.

The team announced yesterday that Peter Luccin has officially resigned with the squad for the 2014 season. Daniel Robertson has the report and talks with Luccin about his contributions to the team and the locker room during his injury recovery last year.

"After my injury, I talked to Schellas. He asked me if I would mind helping the younger players, using my experience playing in Europe," Luccin told FCDallas.com in August. "I liked that because I still wanted to help and contribute and be part of the team in any way I could. We also have a lot of great, young players who need to learn. We have a very good locker room. All the players want to learn."

A lot of talk has been happening lately about who will wear the captain's armband this season for FC Dallas. Could Luccin be that player?

On Tuesday MLS held rounds 3 & 4 of the MLS SuperDraft. With one pick in each round FC Dallas selected 2 young defenders in Nicholas Walker and Ronny Mendoza.

Whether either defender will make the final cut is yet to be seen but bringing in depth to challenge your guys at the top of the heap is never a bad idea.

3rd Degree broke an interesting story late last night that apparently the entire staff of Time Warner Sports Network in Dallas has been let go from their job. Does this mean that a new (and hopefully much better) TV deal is on the horizon for FC Dallas? Peter Welpton says......maybe.

Last night word started to stream that Time Warner Sports had fired all full time and contract staffers in a surprise 5pm meeting. This seemed to be similar to an event that took place in the LA Time Warner office per this story from the LA Times.

The difference is the LA situation appears to affect high school sports only, where word from the Dallas office is that it’s moves affect all productions, "effective immediately".

The point is, this may end up being much to do about nothing and more of an administrative/staffing move on TWC’s part than something that would force FC Dallas to find a new broadcast partner for local presentations.

We can only hope that this works out better for the team and most importantly the fans who were NOT happy about the TWC deal last season.

Men's National Team outsider Maurice Edu looks to be finalizing his deal with the Philadelphia Union. Reports say that Philadelphia Union president Nick Sakiewicz was on his way to Stoke to wrap up the details. MLSSoccer.com has the story.

"It's a big commitment by the Philadelphia Union, and it's really important for the league to bring back these US national team players," [PU head coach John Hackworth] said in the interview. "Right now he's playing for an EPL club, and he's earning a very good salary. That's certainly a factor."

Does the addition of Edu make Philadelphia a playoff hopeful now in the, rapidly improving, Eastern Conference?

2014 World Cup hopeful Herculez Gomez sat down with Goal.com to talk about the road back from recovery and how he's been down this road before.

Four years ago, Herculez Gomez was set to embark on a career-changing run that saw him go from MLS outcast to Liga MX Golden Boot winner and World Cup participant. For all that has happened in his career since, Gomez finds himself in a similar situation to the one he faced back in 2010.

"I've been here before," Gomez told Goal USA. "It's a funny thing to me and I can't help but wonder, 'How many times can lightning strike?'"

With the forward position being quite deep for the US do you guys see Herc going to Brazil this summer?

Though Clint Dempsey hasn't had the start he wanted with his second stint at Fulham, his teammates certainly believe him. John Arne Riise spoke with the London Evening Standard about his American teammate and the confidence the team has in Dempsey to make an impact at Craven Cottage.

"People say when you go to America you are on your way down but you can see he is still on top of his game in training.

"He knew he was going to come back to the Premier League on loan so he has stayed fit. He did very well when he was here before, and then at Tottenham, but he is really keen to prove that he is still more than good enough. He is aggressive and knows the Premier League so he has given us a boost."

...."He can play in any position in midfield or up front and he can give us some goals that we have been missing," said Riise.

Dempsey and Fulham headline a slew of Americans playing in Europe and Mexico this weekend. Goal.com takes a look at all of the American's Abroad in action over the next few days.

The FA Cup should offer plenty of opportunities for Americans this weekend, including Oguchi Onyewu, who will look to make his second straight start for Sheffield Wednesday against Rochdale on Saturday. Onyewu enjoyed a good debut for Wednesday a week ago, but will need to repeat it to keep his place in the lineup, and build some momentum toward a potential national team return.

Eric Lichaj and Nottingham Forest knocked an English Premier League rival in the previous round of the FA Cup, routing West Ham United, and will be heavily favored against Preston North End in the next round of the competition, on Friday. Forest is unbeaten in 10 matches in all competitions, and looks a good bet to extend that to 11 against a Preston North End side currently sitting in fourth place in League One.

Geoff Cameron will be facing the toughest challenge of any American in this weekend’s FA Cup action, as Stoke City takes on Chelsea at Stamford Bridge on Sunday. Stoke is coming off consecutive losses and must try to stop a Chelsea side that is riding high in the Premier League. Whether or not Jose Mourinho will rest key players remains to be seen, but it is a safe bet the Blues will field a team capable of testing Cameron and Stoke.

Make sure to get your butt in front of a TV this weekend for all of the action across Europe and Mexico.

I want to leave you with this little gem right here. 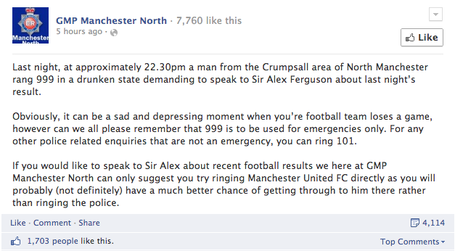 Have a great weekend and as always let us know what you think about these stories and more in the comments below.