Get the latest FC Dallas news with Big D Soccer

FC Dallas played a friendly today against SMU to get some last minute work in before their CONCACAF Champions League tie against Arabe Undio on Thursday. 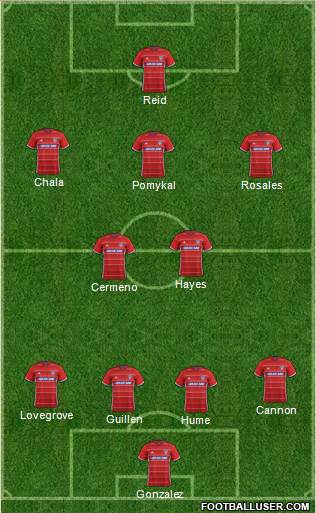 It was obviously a reserve heavy lineup with the first team players preparing for Thursday.

The first half was used for some light tactical tinkering. Dallas displayed an insistence on playing the ball out of the back and at times practiced adopting a high line. Most of the excitement from the first half (and the rest of the game) came from Pomykal. He coolly slotted in a volley in the 20th minute after a ball in from Adonja Reid.

In the second half Dallas took a slightly more attacking approach. Cermeno and Hayes ventured much higher up the pitch and made runs into the final third on and off the ball. Chala, who moved to left back, and Cannon moved dangerously high up the pitch and often left Hume and Guillen exposed. This never resulted in any problems, but it was obvious that Pareja wants to put an added emphasis on fullbacks getting forward.

There were a few position changes. Trialist from the Sidekicks, Jamie Lovegrove moved to striker (and played well, but due to the logjam of homegrowns there I doubt he gets signed) and Adonjah Reid came off for U-18 national team player, Shaft Brewer, who is committed to Oregon State. Perhaps Pareja was trying to convince him that he is not far away from a first team contract.

At about the 70th minute the game started to open up. Chala tore down the left touchline and put in a cross for Jamie Lovegrove who did well to hold off the defender in the box, but his layoff pass to Pomykal missed the mark. Shortly after Pomykal won the ball high up the field, but hesitated on the 1v1 and a SMU defender caught up and blocked his shot. In the 77th minute Paxton did better, scoring his second goal with a sweet strike from the edge of the 18-yard box.

Two goals including this sweet strike. Not a bad Sunday morning for Homegrown @PaxiPomy! pic.twitter.com/weYCMpcp3K

After subbing a few more youth players on, and a great Gonzalez save, the final whistle blew. 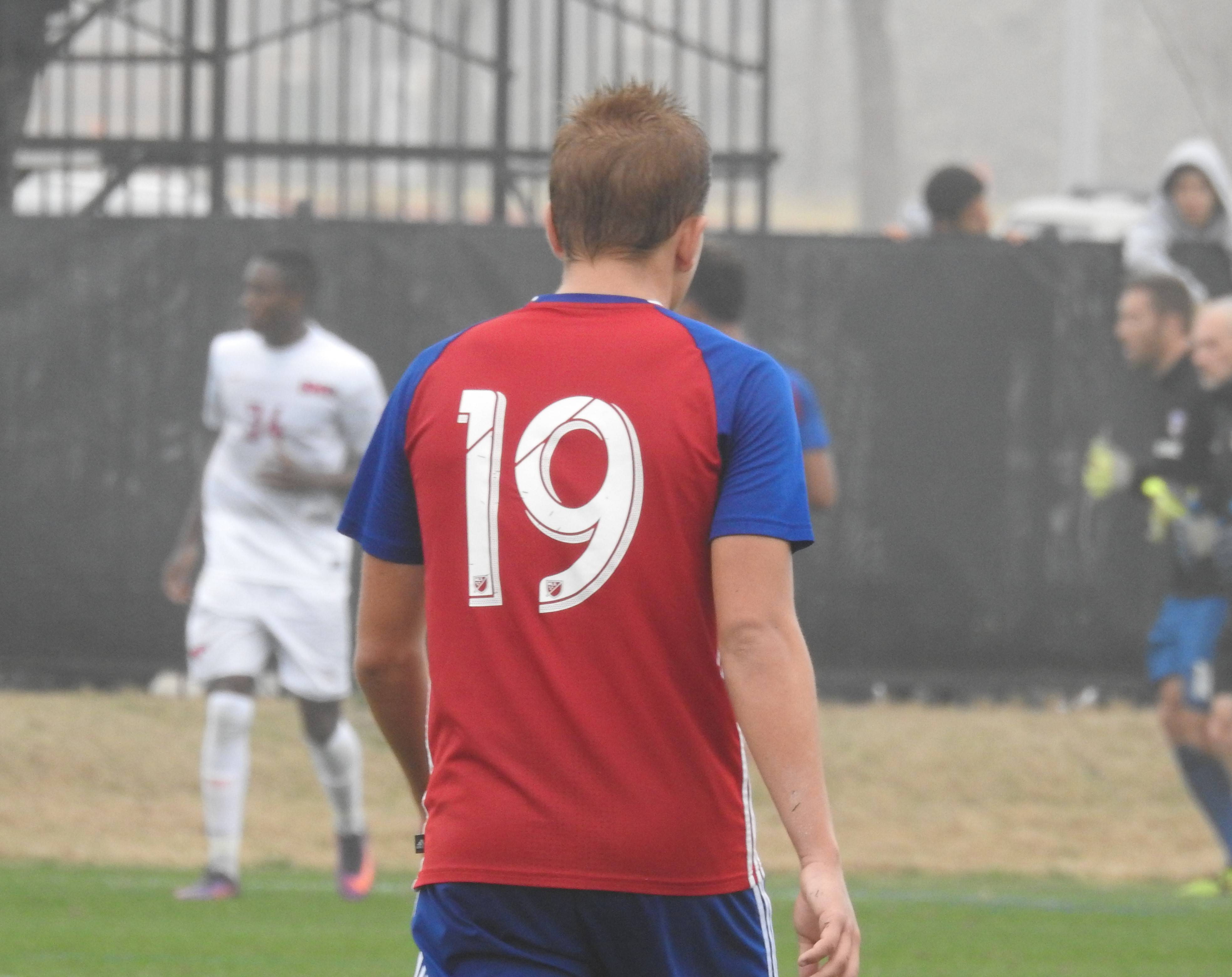 Pomykal put in a man of the match performance

Paxton has the "it" factor. Every chance ran through him. Could he be the elusive American playmaker? It might be early to say, but he has an undeniable swagger and lethality to the way he plays. He did very well in space, was always composed, dribbled his way out of tight situations, and showed a gift for finding the back of the net. After getting bullied by a bigger SMU midfield early in the game, he adapted and showed that being 5'7" doesn't mean he isn't MLS ready, just ask Mauro Diaz.

Jesse Gonzalez is a vocal leader. Every keeper should organize their back line, but Gonzalez takes that responsibility to heart. He was one of the only players with first team experience and it showed. He positioned the fullbacks where he wanted them, called Cermeno and Hayes to come back when needed, and let the center backs know when they had time. It's great to see him grow into a strong leader as well as a terrific shot stopper.

Reggie Cannon is mature. I couldn't tell that he wasn't a two-year starter until he ran off the field and high-fived his friends. He played physically and with composure. He can slot into the first team without causing much disarray. He looks to be the heir apparent to right back after short-term option Grana's contract is up.

Chala is raw. He is fast, but we already knew that. He looked somewhat one dimensional on the ball, only using his pace to beat defenders. He may not be a superstar, but he is a great depth signing and could play minutes at fullback or on the wing. He is only 20 so hopefully he'll be around for a while.

Centerback depth is less of a problem than we thought. Hume and Guillen played pretty well. Hume looked very comfortable on the ball for a 6'5" center back, and Guillen, who shut down anything that came his way, also looked composed. If Hume is signed to a contract, which I would be surprised if he didn't, then that gives Dallas three back up options at center back, the other two being Guillen and Harris (who Pareja has been experimenting with at center back). Hume and Guillen may not be perfect, but it was reassuring to see them play well.

Hayes is a workhorse. He played strikingly similar to Gruezo, just slightly less composed. He darted around box to box and closed players down, but unlike Gruezo, he had no problem going forward. He is small, at 5'7" he isn't going to be an enforcer, but with his hustle he can fit the mold of Gruezo. He isn't first team ready, but he's a player to keep tabs on.

The academy is not depleted. Pareja, or rather Ferruzi, who seemed to be calling the shots today, seems to have faith in quite a few youth players. Despite raiding the academy this offseason by signing three to first-team contacts, plenty of youth got to come out and play today. Three unsigned academy players featured in the scrimmage today, showing that the flow of youth isn't going to dry up anytime soon.

While this was just a friendly against a college team, there were exciting signs from Dallas' youth.