How Maximiliano Urruti will fit with FC Dallas in 2016

Is he the main striker or depth off the bench?

Share All sharing options for: How Maximiliano Urruti will fit with FC Dallas in 2016

To be honest, finding the right chalkboard material for newly acquired striker Maximiliano Urruti was quite challenging. After a bright start in his first season with the Portland Timbers in 2014, Urruti was relegated to the bench as head coach of the Portland Timbers, Caleb Porter, figured out that Fanendo Adi would be his main man, and that his side needed that big bruising target forward to get the most out of his team. So that left Urruti picking up spare minutes here and there, which provides a terrible sample size on assessing how his game would work in this Oscar Pareja outfit.

So take this piece with a grain of salt, as we're working off a small sample size here, but there might just be enough for us to speculate reasonably whether FC Dallas is done wheeling and dealing in the striker position, or if this club is seeking out a big time striker to fill the void vacated by Blas Perez.

The Data - Head to Head

For starters, the simplest (though a little flawed) way of looking at Urruti is to simply compare him with who he replaced. Since David Texeira held the starting position, I'm including him into Squawka's Comparison Matrix with some key stats to look over.

So straight up stats wise, Urruti is pretty comparable with Perez and Texeira, though slightly better in setting up goals than his counterparts.

Where Urruti has a leg up on the former Hoops' strikers is his salary cap hit. It is believed to be ~$100k below what Blas Perez or David Texeira were making, freeing up space for this team to bolster its roster depth. The other advantage will be age, at least over Perez, (Urruti is five days older than Texeira.) meaning there's a hint that Urruti is still potentially 3-4 years from his prime.

This is where I'm still not certain how to properly gauge Urruti, but we'll just have to make do with what we have. I chose for selection the four games which Urruti scored a goal in to provide some context to how he plays and how he might fit this current team. 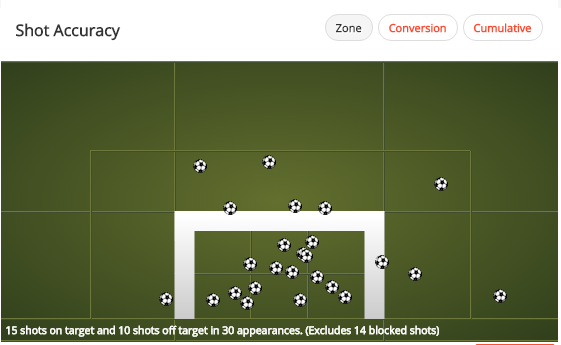 What Urruti lacks in shot quantity, he makes up in quality with most of his shots finding its way on target. This is actually pretty similar to Blas Perez' shot accuracy rate, so I'm expecting this to remain about the same in the upcoming season. 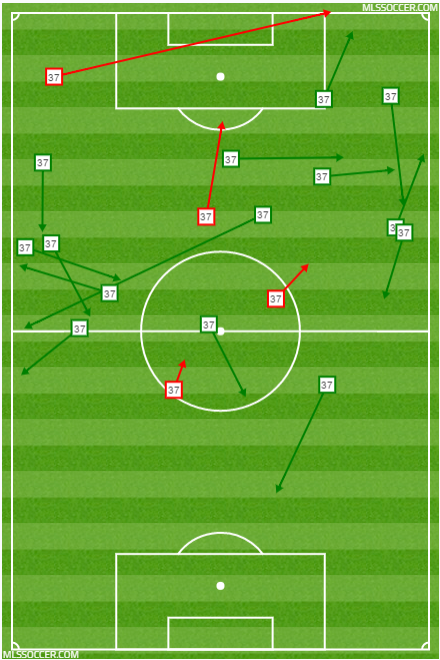 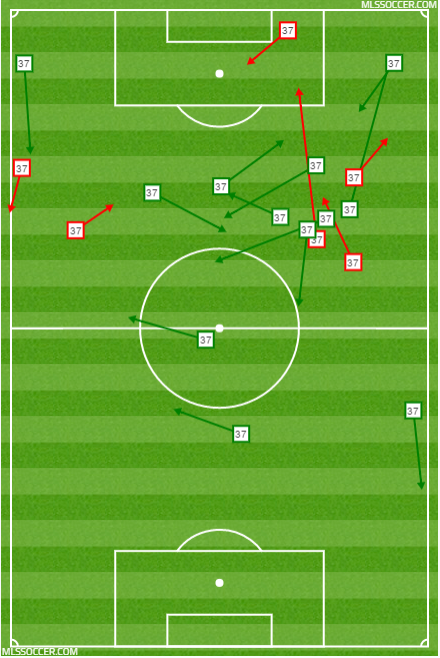 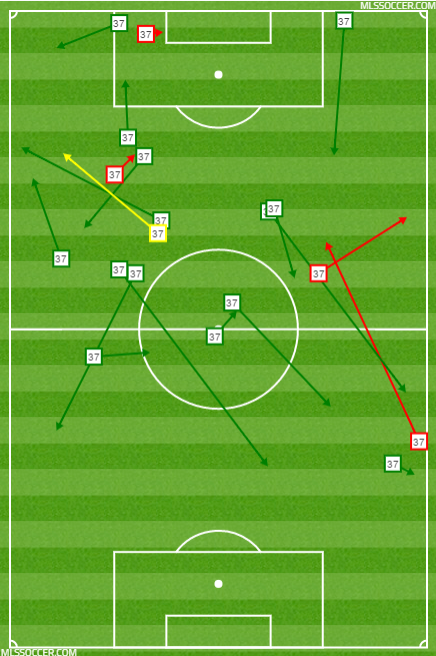 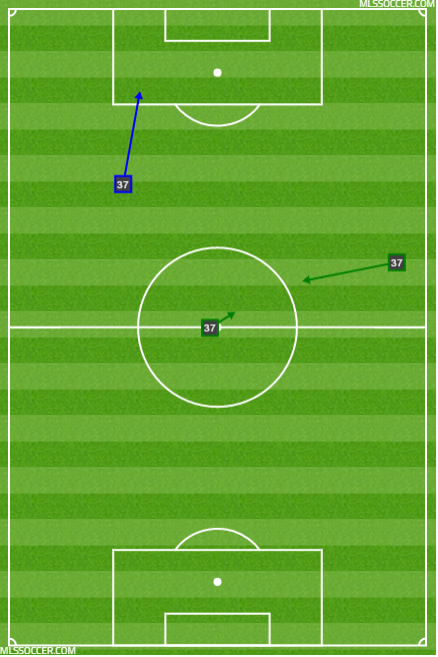 It's not just Urruti's passing ability that intrigues me as a striker for FCD, but also the spots he takes up on the field. As you can see from his passing charts, Urruti has the tendency to drift all over the field. On one hand this is a positive, as he's reading the game and finding the spaces to exploit. The troubling part of this is that if he's drifting wide, it means he's dragging a defender with him towards the flanks, thereby crowding the spaces that Fabian Castillo and Michael Barrios need to thrive.

This is not to say that Urruti cannot play central, or that he should. But it does intrigue whether he'll be used to stay central or if he'll have the freedom to overload spaces. 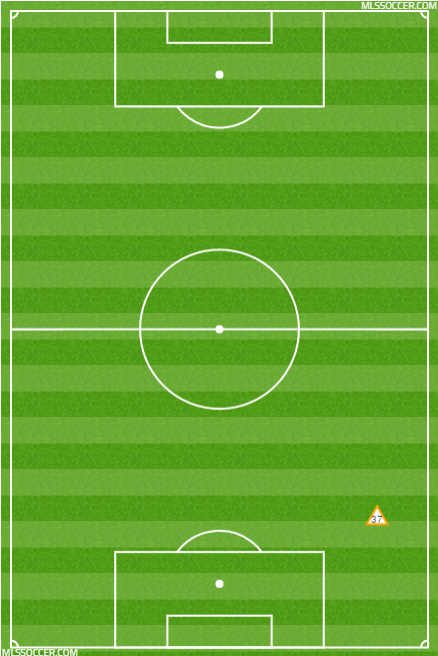 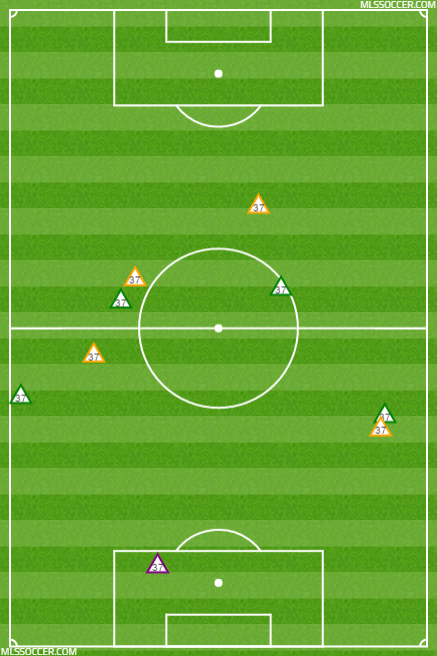 (We're only looking at three because he didn't log a defensive action in his 7-minute cameo in the fourth match.)

What I like about Urruti is his defensive intensity is pretty similar to Blas Perez. A good handful of his defensive actions take place really high up the field, thanks to his hustle to press and close down the ball carrier higher up the field. If Urruti can provide this again for Dallas, this gives FCD a great chance to start their counters from a better field position - assuming it's easier to counter from the half way line than it is from your own penalty area.

Based on what Maxi Urruti delivered in 2015 and Dallas' style of play (assuming Castillo and Mauro Diaz are not sold), then I cannot see Urruti being the go-to starter for this club. Urruti looks to be a great sub to bring off the bench when you're chasing the game and searching for a goal or two. I'm sure many of you have already Youtube'd some highlights of Urruti and noticed that he has the propensity to score goals from really small windows of opportunity - something this club and its fans will really enjoy.

So, as many of you have already deduced and pointed out, this most likely means that Dallas is still shopping for another striker. And with our estimates on how much cap space, TAM and allocation money this club still has, we're speculating that the striker will be a bigger name than usual.