It was bound to happen soon, but Papi actually got it wrong for once

Share All sharing options for: Scratching the Chalkboard: Failed Experiment

Head scratching. Three defenders. Zach Loyd in the middle. Peter Luccin starting. Andres Escobar operating as a #10. Fabian Castillo as the lone striker. Tesho Akindele on the bench. But many of us have been here before with the odd lineup, but Oscar Pareja showed many of us why he's a contender for Coach of Year and why we're just fans behind a keyboard. Sadly, the magical well finally dried up and Dallas' ugly first half doomed the team with zero points.

I was confused by the lineup choice and the formation to start the match, but was willing to watch how the tactics were executed before passing judgement as I've been wrong, dead wrong before. But watching the Dallas attack limp into nothing was hard on the eyes, a stark contrast to the speed and direct play against the Quakes a few weeks ago. One thing that got me excited was seeing Kellyn Acosta in a wingback type role, a position that I think he could excel out as he's excellent running up and down the flanks. Remember Portland back on March 29th? Dallas and Portland went down a man and Acosta was basically tasked with playing the whole right side of the field by himself and was spectacular. I was hoping to see the same thing, then this happened: 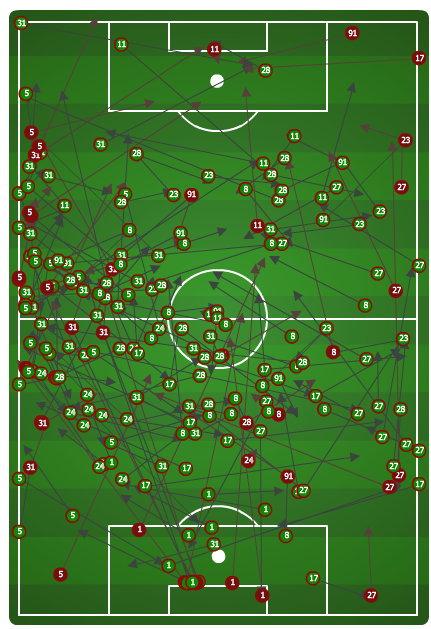 Everything (offensively) went through the left. These were Acosta's touches for the entire first half: 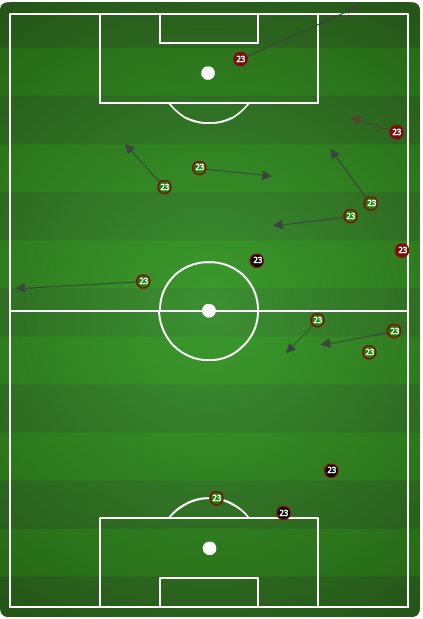 Pretty sparse for a player with the legs and lungs to really push it against the best of them for a full 90. But OK, fine. Maybe Dallas had found a weakness they wanted to exploit down that left channel that I didn't know about. Then this kept happening in the first half:

Any cross or pass you see that came from outside the penalty box and into the penalty area were all aimed at Acosta. With the exception of Escobar's low cross in the 21st minute, everything else was aimed for Acosta's head. Acosta's fine in the air, but I wouldn't deem him a complete aerial threat at this stage. It just seemed odd that the team would make him their aerial target, when he hasn't shown that's his best asset to the team. But, credit to Acosta for making those runs. Every run he made into the box was precise, determined and with a purpose. I'd be more excited about seeing Mauro Diaz playing a through ball to Acosta soon.

I wasn't there, but the commentators were talking about the wind being a factor. So that might have altered the way the team would have wanted to play or that it hindered their game plan. But it was ugly for the first 45.

Of course it wasn't all bad. If nothing else, Oscar Pareja has shown that he is far quicker to adjust his tactics than his predecessor. The second half we saw Luccin get taken off and Akindele back on the field where he belongs. The change was instantly noticeable as Castillo was no longer isolated against the entire Real Salt Lake defense. Any lofted ball in the first half towards Castillo was easily intercepted and there wouldn't be a single Dallas player within 20 yards of Fabian. Once Akindele came on, the team was more compact and closer together on the offensive front. 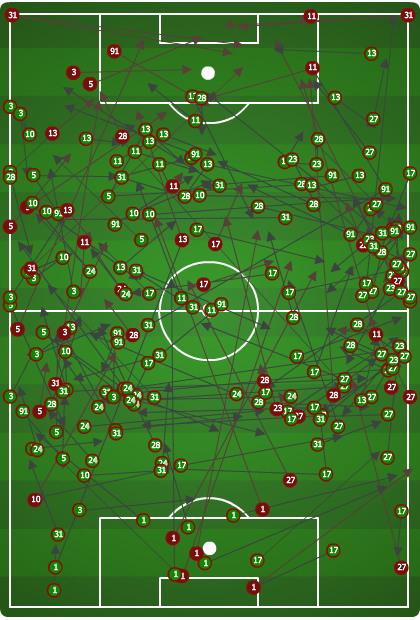 That's a big contrast in terms of possession inside the attacking half for FCD. Rather than relying on the left flank, Dallas was able to generate more in the middle and add a little more balance. Again, not sure if the wind played much of factor into this change but it was different nonetheless.

But even with all the right adjustments, sometimes things just don't go your way. For example, the rookie Akindele was matched up against Alvaro Saborio for the game winning header off that corner - that never should have been his mark. Fabian Castillo was held without a single shot in a match for the third time this season, his first since 4/26 against DC United. Some of that due to RSL being good at defense, a lot of it had to do with Castillo being put in bad positions. Let's just hope Papi gets it right this Saturday as Dallas hosts the Vancouver Whitecaps and the Hoops can return to their winning ways.