Scratching the Chalkboard: Bend And Break

The makeshift backline did their best but in the end couldn't fend off a streaking Galaxy side.

Share All sharing options for: Scratching the Chalkboard: Bend And Break

What can we say? That experimental backline that Oscar Pareja started out there on the pitch last Saturday was yet another one of those classic head scratchers. Some times they pull off wonderfully, other times you just want to fast forward to the next match as soon as possible. I don't carry the same view point (shocking) as others have commented here and actually thought the defense did OK. Obviously they didn't do well enough to hold on for the points, but it wasn't a bad attempt to try to take a point from somewhere Dallas has historically struggled to find points from in the past four years.

As I said in my last piece, Zach Loyd's biggest challenge as a centerback was last Saturday matched up against Robbie Keane and how he fared would be the ultimate test for him as a defender. Sadly we actually didn't get to see that as oddly enough, he was tasked to mark Gyasi Zardes for most of the match.

But it was clear, at least to me, that Pareja wanted to nullify the breaking speed of Landon Donovan, Keane and Zardes. Even though the trio did break on the Dallas goal numerous times, they were never able to get behind the Dallas defense nor was the Dallas defenders caught outnumbered in that situation. It was a classic speed battle that for most of the night, FC Dallas did well to hold their own. It was a challenge from Dallas to the Galaxy that if we're going to give up goals, you're going to have to do it another way. Unfortunately a combination of bad luck and timely positioning did work in LA's favor.

LA put on a high press for much of the match with Keane, Donovan and Zardes all pushing high to try to nick the ball off one of Dallas' defenders. And without the services of one Fabian Castillo, Dallas was unable to find any kind of release valve to relieve the pressure from the Galaxy. Castillo could have done one of two things to help bypass the high press by either playing as a striker and on the shoulder of Omar Gonzalez or A.J. DeLaGarza and forced the Galaxy backline to sit a few yards deeper to respect Castillo's speed. The other option would have been to have Castillo pick up the ball in midfield and dribble past one or two defenders, pulling the Galaxy defense out of shape. Either would probably have worked well, but without Castillo and Andres Escobar doing a homeless man's impression of his fellow Colombian, Dallas really had no choice but to play the long ball game which led to nothing for the Dallas attack.

There was some help in relieving the pressure and holding some form of possession when Mauro Diaz came on, but his appearance ended far too soon and we're still waiting to get back the Mauro from March.

Not surprisingly but Dallas was outshot 19-9 last Saturday and more depressingly, 7-1 in terms of shots on target. But this isn't unusual. The Galaxy are a good team and they've been on a trend in the month of September of outshooting their opponent by about 10 per game with most of their shots coming from the middle of the penalty box. Just take a look: 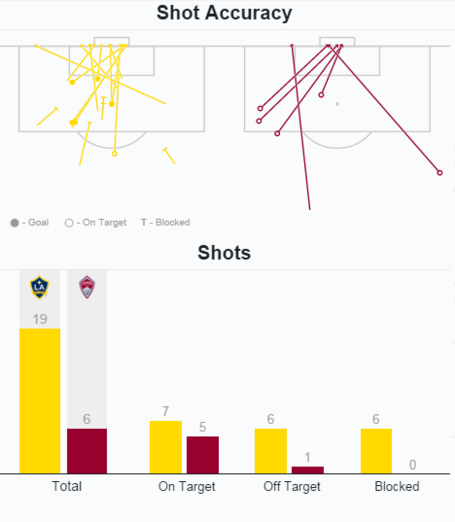 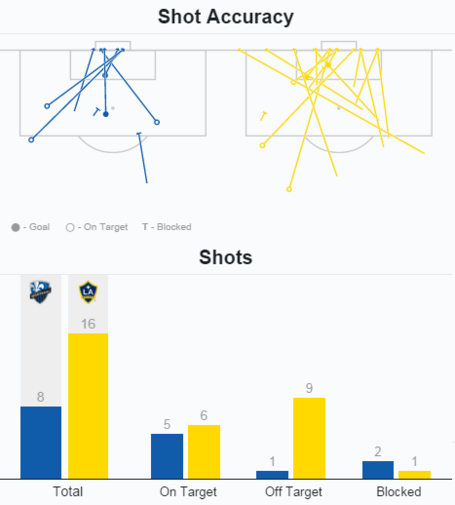 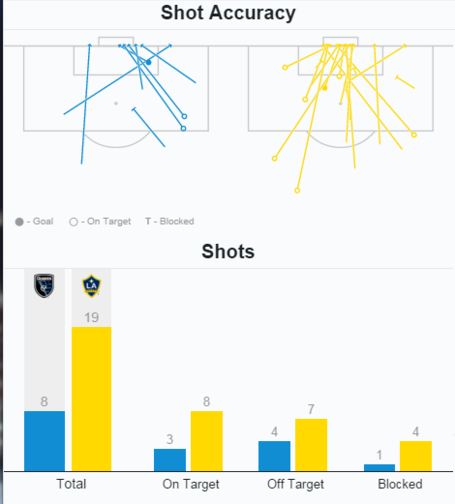 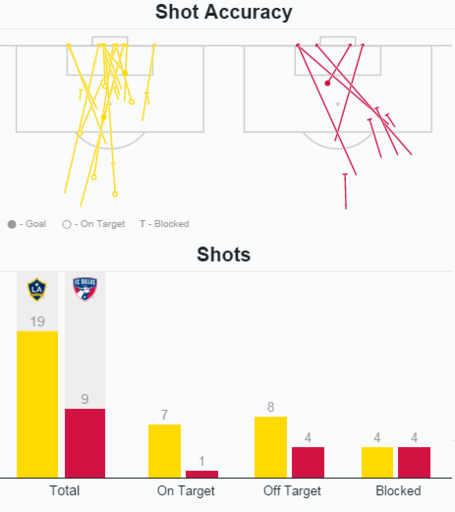 It was a classic bend but don't break approach to the Galaxy, which in fairness is possibly the only realistic approach when you're outmatched. Unfortunately 90 minutes is an incredibly long time to try to hold on and sadly the defense did break and leaked two goals in the second half.

That being said though, this makeshift defense did actually hold up decently when you compare the shots conceded. It took a mistake from a Homegrown and a deft move from Robbie Keane in open field to create the goals for the Galaxy to secure the points here. Losing still hurts, but if that's what it took for a first place team to find goals at home against that backline, then I'll say well done. Still would prefer the points, but it wasn't as bad as I think others are making it out to be.

Just have to throw in a small piece on the rookie Ryan Hollingshead, whom I thought put in an excellent shift as a right midfielder. He was pretty clean on the ball: 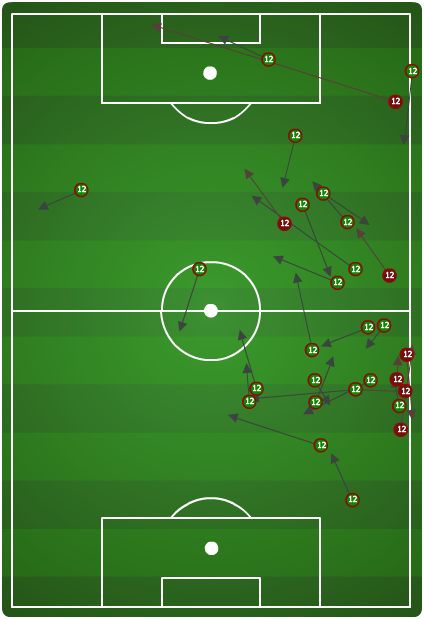 22/29 passing. Not amazing, but considering the high press that LA was doing I thought he did well.

Then there's the defensive side of the ball, which I thought was his best contribution to the team. 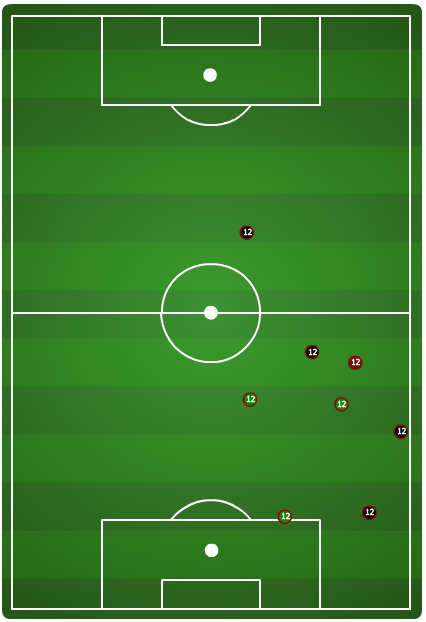 2 tackles, 1 interception, 1 clearance and 4 recoveries. He did well with his assignments and although they don't show up as a stat, he did well in tracking back, closing off passing lanes and pressuring the ball when he needed to. Good performance from the young rookie.