Is Super Mauro back?

Blas Perez took all the headlines from this past weekend's match against the Vancouver Whitecaps, and rightfully so. 3 shots, 2 goals and 1 golazo will do that for you. But what caught the eye of several observers was the return of Mauro Diaz and watching him get significant minutes since his latest injury. The Argentinian playmaker didn't exactly carve up the Caps in the fashion that the FC Dallas faithful are accustomed to, but there were glimpses of a return to form just in time for the Hoops final stretch for the playoffs.

One of the best attributes, among many, that Diaz has is he is rarely wasteful with the ball. With one elegant touch he can take possession away from danger, then gracefully spin himself and the ball into that coveted open space between and behind two defenders with his next touch. His passes? Always useful for the player receiving them. Anyone can just pass the ball to a player that seems open, but knowing and reading the pressure that the player is under? Diaz excels there better than most players in the league. 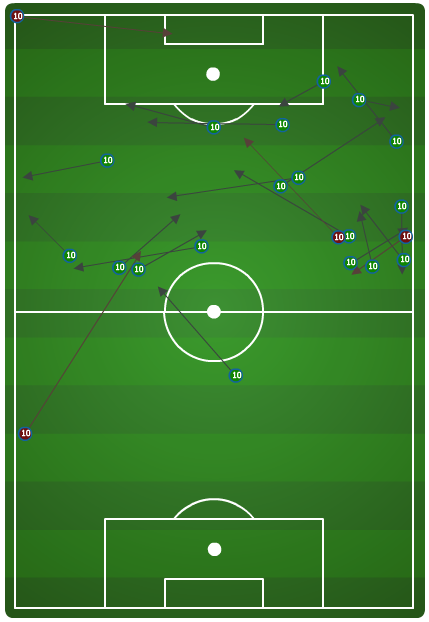 Statistically this doesn't have a "wow" factor. 18/22 passing. 82%. 1 key pass. The chalkboard here doesn't show it, but the manner in which the passes occurred were very sublime and honestly just kept the ball moving and the Caps defense chasing. They were mostly simple passes, but he managed to move the ball efficiently and quickly to keep it off the Whitecaps' feet.

Probably the most notable difference with Diaz coming on was how the Dallas attack had some more precision and direction in what they were trying to do. Here are the most contrasting differences between Dallas' attack before and after Diaz entered the match.

To be honest, I'm not a fan of Dallas connecting many passes on the left hand side. To me that indicates too many players are crowding that area, limiting the space for Fabian Castillo to run into. Just look at the differences when more space is available for Castillo. 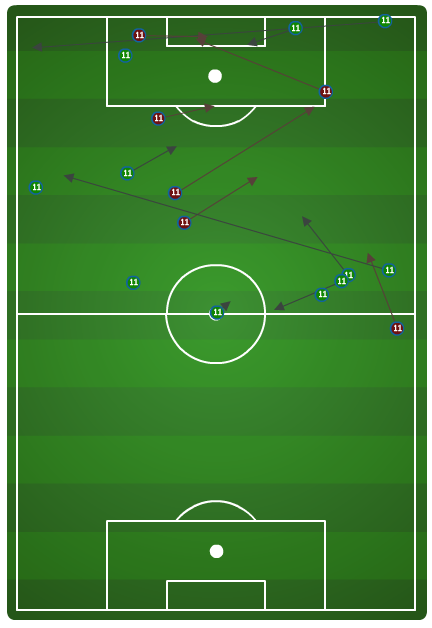 These are his dribbles (4 successful) and his passes for the first 55 minutes (before Diaz came on). He did drift to the right a few times to get the ball, but that's not where he's at his best. Now compare that to the last 35 minutes after Diaz came on. 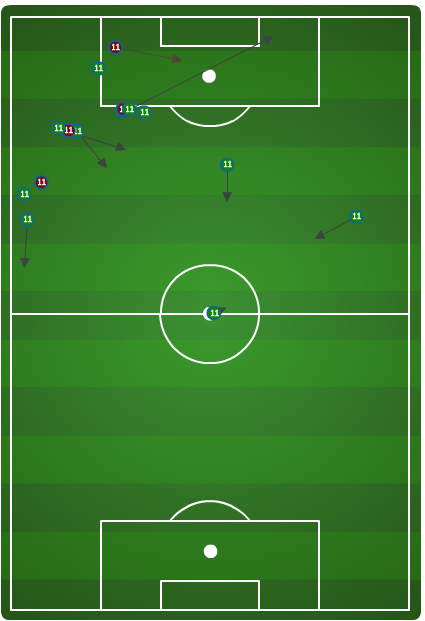 Barring that kickoff pass, his passing and take ons (3 successful, 4 unsuccessful) were much higher up the pitch and closer to goal. This is just a good product of having Diaz on the field and having him work one side of the field while creating space for his teammate to expose.

It will be tricky for Oscar Pareja to find minutes for Mauro Diaz with Tesho Akindele finding his feet, Blas being pivotal to the team and Fabian Castillo putting on an MVP like season, but the numbers do show that the insertion of Diaz can change the dimension of the attack and just his mere presence can create space for everyone else to do their damage on the opposing defense. I'm not saying Diaz needs to start now, but I certainly don't think it's a bad thing to see more of Mauro on the pitch.

Count me among those that said Dallas really needed to get a CB during the transfer window. The team's depth had been tested and decimated but I never knew that in the wings was a 5'9 beast of a centerback just waiting for his chance. Loyd quietly had another beast of a game and if it weren't for Blas' goals, Loyd would get my nod for Man of the Match honors. 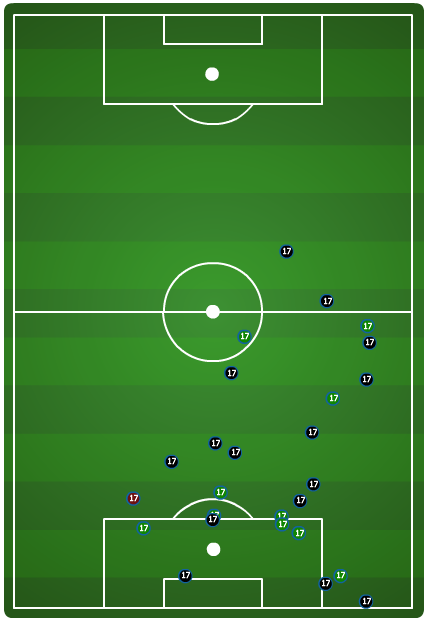 4 tackles won, 2 blocks, 5 interceptions, 6 clearances and 8 recoveries. Just impressive all around. The big test will be up against Robbie Keane this Saturday, but if he can hold his own then there may not be much to worry about with this supposed make shift back four.