Starting XI: Who should FC Dallas start this week

Time for another edition of guess the lineup and formation.

Share All sharing options for: Starting XI: Who should FC Dallas start this week

Last week was a bit of a wild week for Oscar Pareja and FC Dallas. The Gaffer pretty much opted for a 3-5-2 formation in Salt Lake that in the end really didn't work out and was changed right after the halftime break.

To recap, Pareja started Peter Luccin, Kellyn Acosta, Michel, and Victor Ulloa in the midfield along with Je-Vaughn Watson and Jair Benitez floating up into the midfield on the wings. Andres Escobar and Fabian Castillo played up top but there was a drastic disconnect between them and the midfield.

So what will Pareja opt for this week? Naturally getting back to a lineup like this will be huge against Vancouver: 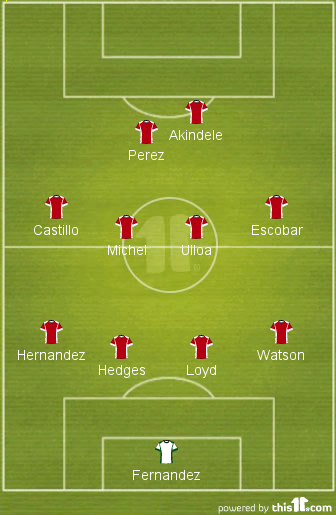 The thing is a lot of this hinges on whether or not Blas Perez will be immediately inserted back into the lineup after being away on international duty with Panama over the last week. Pareja stated this week that they were committed to seeing him play with Panama in the middle of this week but would see how things go for this weekend after that. Just so you know, Perez scored in one match for Panama over the weekend, so my gut tells me to get him back in the starting lineup as soon as possible.

Pareja has wanted to get Acosta more time in the midfield and he could go for something like this: 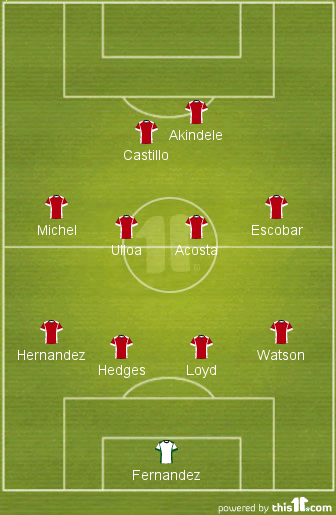 In all honesty, this wouldn't be the worst plan-B if Perez isn't able to go as a starter either.

What do you think will be used this weekend? More of one of these two choices or something different altogether like we saw last weekend? Also, Mauro Diaz got about 10 minutes of play last weekend, hopefully we can see him get more minutes this weekend against a team that has has had great success against in the past.