Scratching the Chalkboard: Scouting Pedro Morales and the Vancouver Whitecaps

The numbers seem to favor Pedro, but deeper analysis says he might be overrated

Share All sharing options for: Scratching the Chalkboard: Scouting Pedro Morales and the Vancouver Whitecaps

On paper things are looking fantastic for the Vancouver Whitecap's Pedro Morales. He leads the team in goals (6), assists (8), shots (54) and shots on goal (20). He's basically a bulk of their offense and doing a good job of doing his best to replace the offense provided by last year's Golden Boot winner Camillo. However, upon closer look Pedro Morales is not as big of a threat as he seems and Dallas has a great chance of nullifying the Whitecaps' playmaker with the proper set up.

That being said, four of Morales' goals scored have been penalties. That's an astonishingly 67% of his goal tally this season being credited to the penalty spot. That being said, I know that the team still has to earn the foul and Pedro still has to score under pressure, but he's not a goal scorer... at least not in the traditional sense from open play.

So while he is technically the Caps leading goal scorer, the defense doesn't need to worry too much about him being a goal scoring threat (unless he's taking a penalty). But if he's mostly a penalty threat, then what does Morales bring then?

Despite playing in the number 10 role as the attacking midfielder, Pedro doesn't do much damage in that coveted space right outside of the penalty box, also known as Zone 14.

Here's a sampling of Morales' last 3 games where he went a full 90 and a game I picked at random back in May: 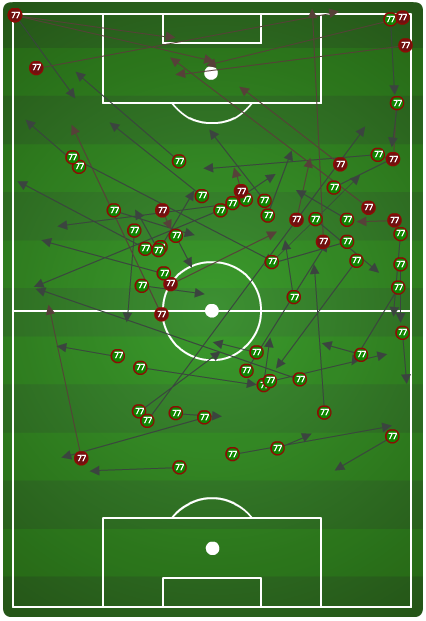 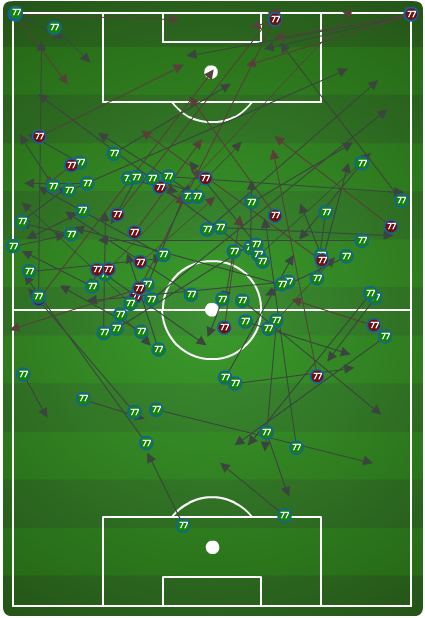 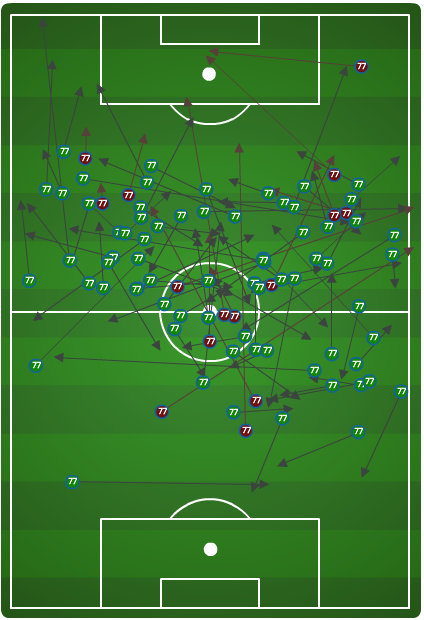 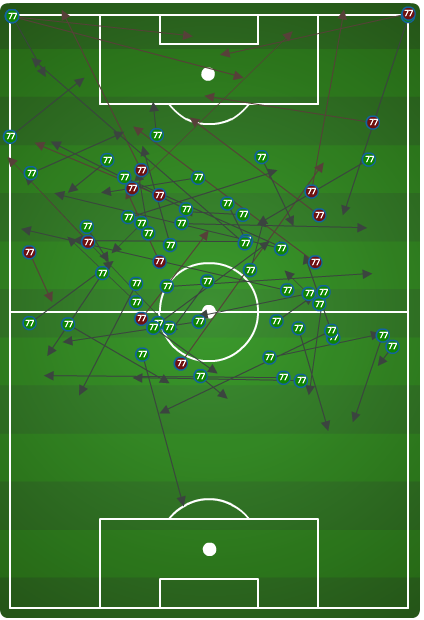 As you can see a majority of his touches come outside the final third with most of his passes going laterally out to the wings. So what can Dallas do here? Depending on how Vancouver lines up with their strikers, Dallas can basically sit Victor Ulloa in front of Pedro with Matt Hedges sitting behind. It's basically creating a sandwich where Ulloa will prevent the incoming pass to Morales and Hedges will provide cover and try to jump passes to intercept them.

Ulloa will have to check his shoulders often and Hedges/Keel will need to provide a lot of communication with Ulloa to track Morales' whereabouts. This seems to just allow Morales to play between the lines and to an extent it does, but it's a trap to bait the Caps into playing passes into areas that look open but really are not. There is some downside as it's a pretty difficult trap to pull off but even if the passes were successful, Morales isn't the type of player to play the killer through ball to split the defense anyway. So the most likely outcome would be the ball just being spread wide afterwards where Dallas can work on containment and inviting a cross in.

Morales is a strong player and one that's done well in his first year in MLS, but I wouldn't be too worried about him if I were a Dallas fan. I'm confident Ulloa can contain him well and see FC Dallas to some points this weekend.