Scratching the Chalkboard: Raul or Seitz?

What do the stats say for who should be FCD's starting keeper?

Share All sharing options for: Scratching the Chalkboard: Raul or Seitz?

There were several requests earlier on this season regarding a statistical look at our goalies. At the time there wasn't enough data to come up with anything conclusive but after working with the good folks over at American Soccer Analysis and helping them compile the necessary stats, we have a semi-definitive answer to the "Raul Fernandez or Chris Seitz" debate.

At the moment, "saves ability" is all we can do in terms of measuring and collecting goalkeeper statistics. So this does not account for the other characteristics that a keeper has such as distribution, catching crosses, organization, and so forth. So this is what the stats say:

xGoals - the expected number of goals conceded based on shot location, goal mouth placement, and the body part with which the shot was taken

Attempts - all shot attempts faced, on target or not

SOG - shots on target (only these are used for xGoals analysis)

SV % - the percent of shots on target that were saved

So to translate that into human English, Chris Seitz is letting in fewer goals than what's expected. Based on the shots he's faced, he should have let in  two more goals, but has managed to keep them out. For some context, Chris Seitz ranks fourth in the league in "saving ability". 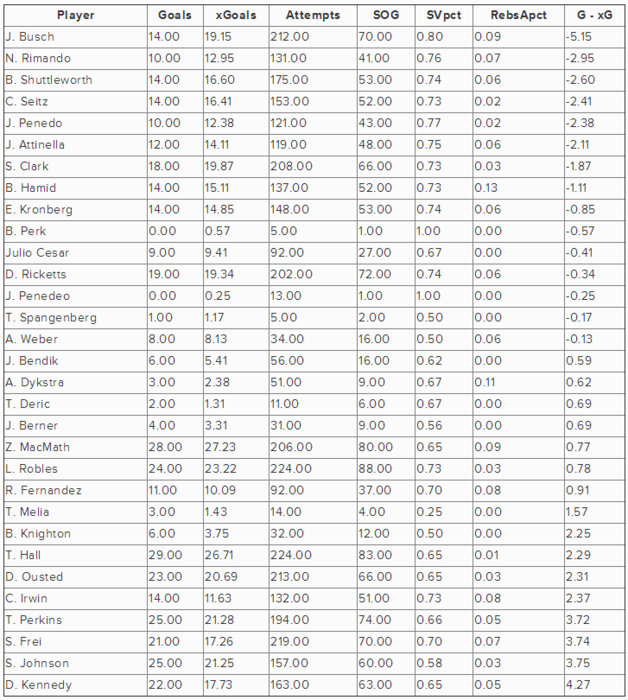 (By the way the table above can be found here and is completely sortable with a click.)

Seitz, You Got What I Need

This is pretty remarkable consider the bone marrow procedure Chris Seitz went through on September 19, 2012 and how he's outplaying last year's MLS All-Star Goalkeeper. It certainly continues the feel good story that Seitz has provided the franchise and based on his performance and statistics, he has earned his starting position.