The Big D Soccer team makes their predictions for the Week 19 weekend games.

This is really hard. MLS is so unpredictable. Anything can happen. Let's see how we do this week. I will include all theBDS team's predictions of the MLS games on the upcoming weekend. Correct prediction = 3 points awarded. No double-point game this week. Alright, let's do this thing. 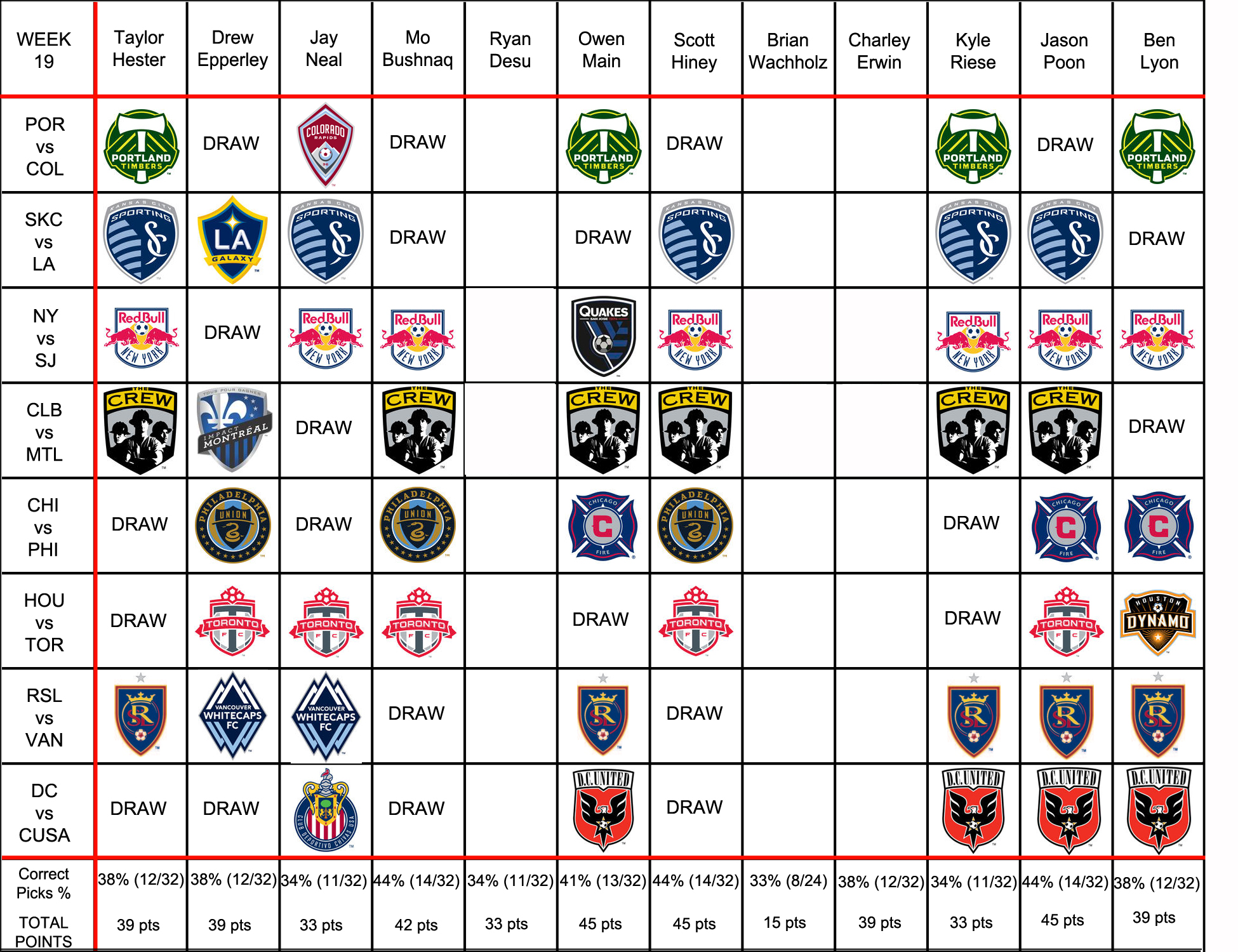 PORvCOL - Both teams have been up and down this season, but I give Portland the nod because of hometown advantage. They will hungry for a win after losing two straight to Seattle.

SKCvLA - This is going to be a fun one. Great one to be on ESPN2. All the USMNT starts are back. It looks like Graham Zusi and Matt Besler are going to stay. Zusi vs Donovan, Keane vs Besler, Dwyer vs Gonzalez. I can't wait for this one. SKC is too good, but it will be a close one.

NYvSJ - Well, New York unexpectedly lost to Philly midweek. But, I still give them the nod against a struggling San Jose side.

CLBvMTL - This is tough. Columbus are falling and falling fast. But, I expect them to turn it around against Montreal.

CHIvPHI - Either a Chicago win or a draw is most likely. I'll go with a draw.

HOUvTOR - Houston has been pretty terrible without Brad Davis. But, now he's back and they look decent. Still don't think they get the win though. I see Defoe giving them fits at the back.

RSLvVAN - Real Salt Lake is having a hard time scoring. But, they are still a very solid team. At home, I think they get the three points.

DCvCUSA - D.C. United and Chivas USA are both trending up at the moment. Eddie Johnson is still struggling this season though. I see Erick Cubo Torres scoring...again! But, I see DC putting at least one through as well.

Check out our picks from Week 17 here.