Plano native makes his return to Texas in fantastic form

*Note that this was written before the Rapids played Chicago last night (6/4).

The Colorado Rapids come to Frisco riding a hot hand in their previous two games, outscoring their opponents by a combined 7-1 in that stretch. Right in the middle of all of it was Dillon Powers, pulling the strings in a very quiet yet effective manner. Victor Ulloa and Peter Luccin will have their hands full trying to contain Powers, but should they be successful, FC Dallas may have a chance in grabbing some points from this one. 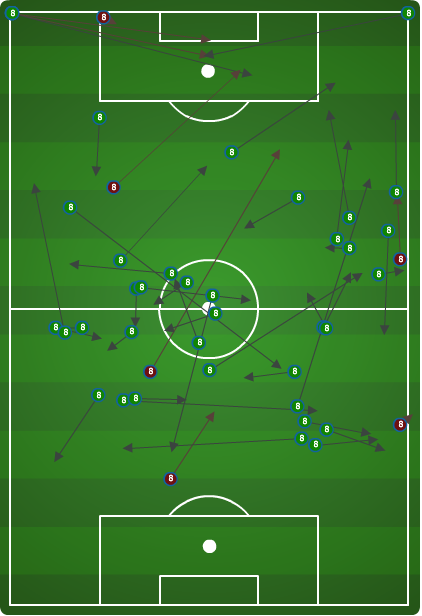 This graphic above is from his work against Montreal on 5/24, which was a 4-1 dismantling of the Impact. Powers was 34/42 in passing for the evening, with 3 key passes and not to forget a tidy brace to go along with it.

Then he put on an eerily similar encore against the Houston Dynamo the following week: 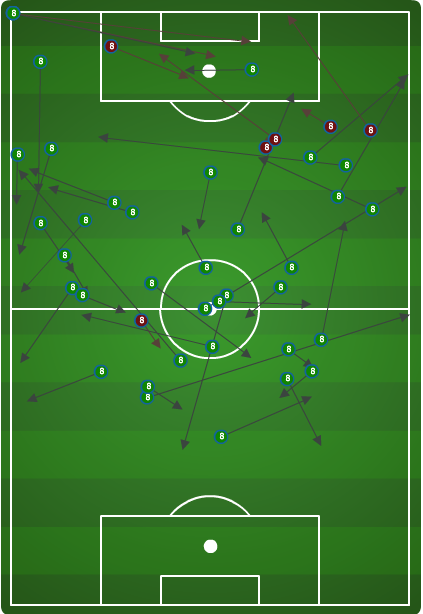 Powers makes very few mistakes with his passing. Out of those 16 total misplaced passes, only one came inside the Rapids own half that wasn't a launch or a chip. From the Houston match, the rest of his misplaced passes were either into the penalty box or into the final third. Bottom line, Powers has great vision and accuracy and isn't wasteful with the ball.

As you can tell from his passing charts, Powers tends to drift everywhere and that's a good thing for Colorado and a very, very bad thing for the Hoops. Powers excels at creating just enough space for himself to do what he needs to do with the ball. That means just drifting into spaces where a defender thought he had him covered, then the next second he's gone. Take a look at this sequence.

34:10 mark. Powers (highlighted in the red box) is covered well and essential out of the play... or so Houston thought.

I pick up with a gif just two seconds later and keep your eye on how simply and casually Powers moves to create just enough space for himself to do something with the ball. And by do something, I mean play a beautiful through ball for DeShorn Brown for a goal.

If you're feeling nervous at this point, you should be. Given the defensive lapses that FC Dallas have been prone to, one would hope that the Rapids on the receiving end of Powers' passes would have a heavy touch or three, otherwise it could be another long night for the Dallas faithful.