Experience the World Cup down at the Copacabana with Luetchy! Follow along as he attends 5 games in Rio and 1 in São Paulo.

Share All sharing options for: Down at the Copa - June 12-13

Did you know that the famous Barry Manilow song is not about the beach in Brazil, but about a nightclub in New York City? Well, I figured I've been to NYC enough times. Let's go to the beach!

Four years ago, my best buddy from college, Josh, and I decided that we'd save up to go the World Cup in Brazil. Josh spent part of his childhood in Santiago, Chile, and is fluent in Spanish (which is somewhat helpful when communicating in Portuguese). When we've told people over the last few months that we're going to Rio, they tell us we're lucky. Well, we were very fortunate to win tickets to 5 games in Rio in the first ticketing lottery, but we've also put years of hard work and planning into making this happen.

Coming along with us is my wife, Lauren. Growing up, she would watch her brothers play football, basketball, and baseball. Upon dating me, she had to learn all the rules of soccer. Since we moved back to Texas last summer she's enjoyed becoming season ticket holders and supporting the team. She's nervous for this trip - she's never been outside of North America before! 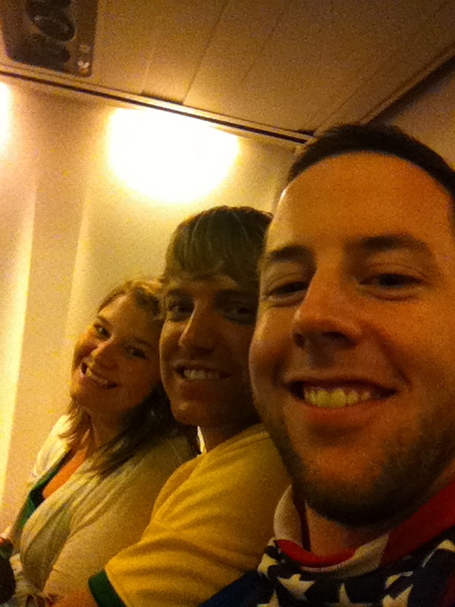 On Thursday, we woke up to warnings of severe thunderstorms. Josh was delayed by an hour flying into DFW from Phoenix, but that was no problem. We caught some of the Brazil vs. Croatia game in an airport bar. When we saw that Croatia was winning, we were worried. The PK call was very generous to Brazil, but we were relieved. We'd prefer to avoid Brazilian riots! When the final whistle sounded, we headed for our gate and boarded to Miami.

We departed Miami at 11:35 pm for Belo Horizonte. The entire flight was packed with Colombians. Not only is Miami a Colombian hotspot, but Colombia's first game is in BH. Needless to say, Josh and I weren't able to get chants of U-S-A to catch on with the other passengers. We got as much sleep as we could over the 8 hour flight, which wasn't much. 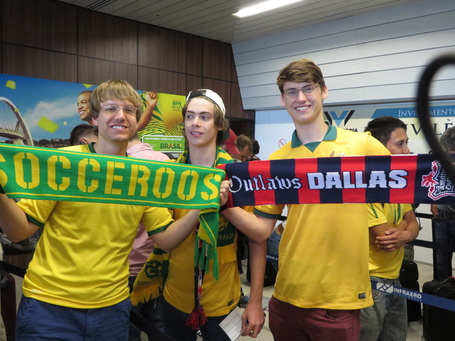 We found the FIFA ticketing kiosk in the airport and were able to easily print tickets for the Uruguay vs. England game. 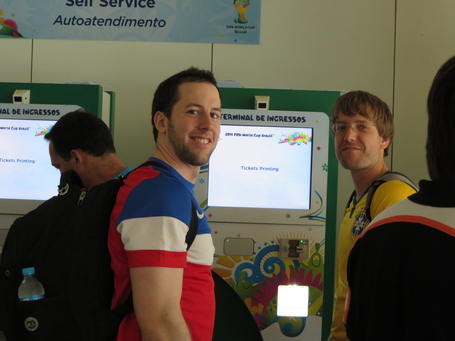 While waiting for our next flight, there was a Brazilian boy who wanted to take a picture with Americans. Josh gave him a USA bracelet, and I gave him a pack of Nutter Butters. 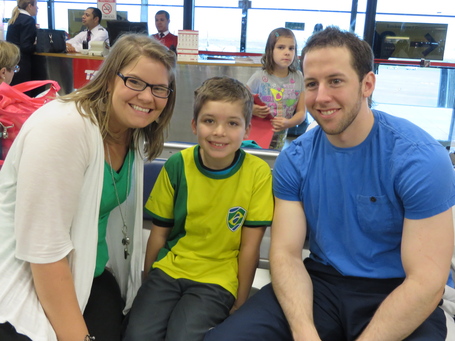 45 minutes into our flight to Rio, the pilot announced something in Portuguese that caused the passengers to gasp loudly! We turned to the nice Brazilian lady next to us to interpret what was said. We were being diverted to São Paulo! We still aren't sure why, but we chalked it up to congestion in Rio. The number of skyscrapers in São Paulo is impressive. It's the largest city in South America. If Rio is the Los Angeles of Brazil, São Paulo is the New York City. 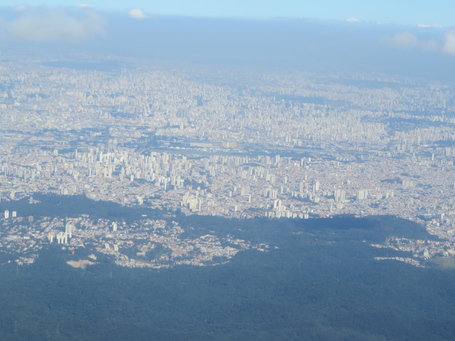 After sitting on the tarmac in São Paulo for 30 minutes, we were transferred to another plane. We waited another 45 minutes, then flew 50 minutes to Rio. We had a great view of Sugar Loaf Mountain on approach to Santos Dumont Airport. 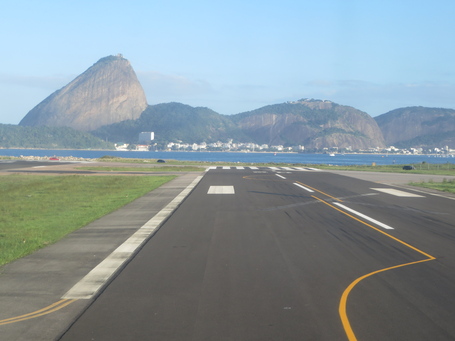 Thankfully, all of our luggage arrived intact. When we passed the TV, our jaws dropped. That Van Persie diving header goal!

We caught a cab to Copacabana. We asked the cabbie to put on the game. The Brazilian commentary was unusual. Instead of the play-by-play we are used to, it was more like a morning talk show interrupted by a soccer match. Goal after goal for Holland!

Our apartment host (we booked through Airbnb) had to wait 2 hours for us because we were so late. We took the teeny elevator to the fifth floor of the apartment building. When she turned the key to the door, I was shocked. The apartment is even nicer than it looked in the pictures! 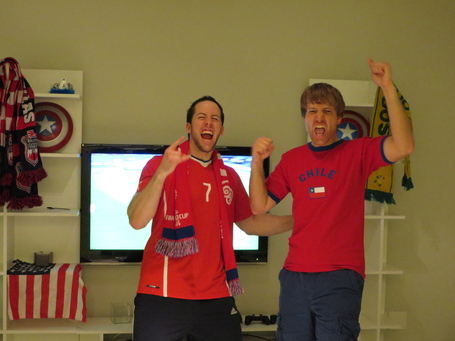 Josh and I put on our Chile gear and cheered them on to a big win! We ordered pizza so we could stay in after our 5,500 mile, 24-hour journey. For 3 one-topping pizzas (Josh generously gave one to the doorman who helped him order) and 2 2-liters, we paid R$140 or USD$62. It's true that Rio is in the top 15 most expensive cities in the world!

Tomorrow, we are planning on checking out Copacabana beach (it's only 2 blocks down the street!), buying some groceries, and watching a game or two. Stay tuned.