The Big D Soccer team makes their predictions for the Week 13 weekend games.

Well...this is kind of hard. It's difficult to predict games in MLS. Let's see how we do this week. I will include all the BDS team's predictions of the MLS games on the upcoming weekend. Correct prediction = 3 points awarded. You voted SEAvRSL to be the double-point game this week. Alright, let's do this thing.

[Note: FCD game predictions will come in a later post] 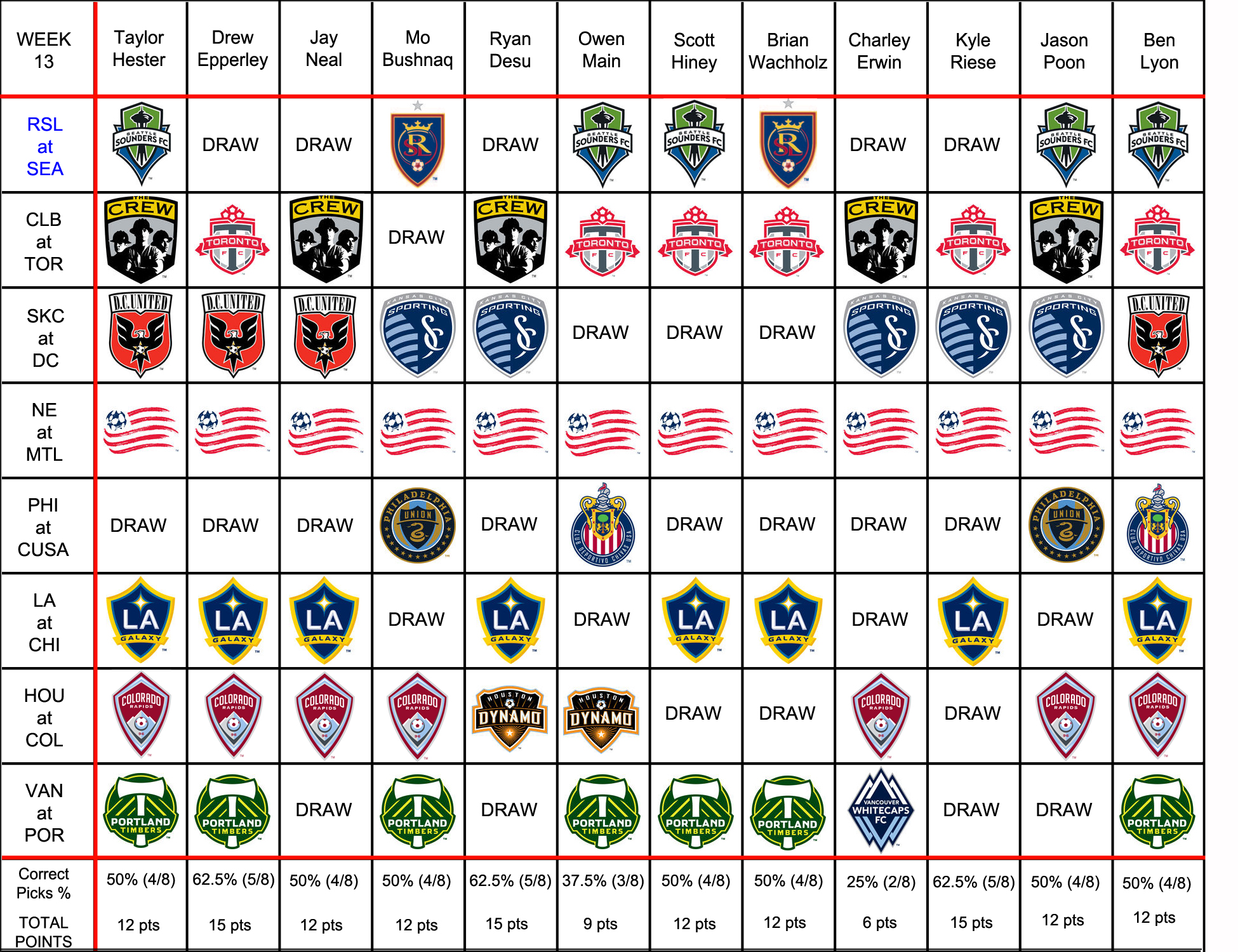 CLBatTOR - Jermain Defoe is a goal machine. But, that defense is still unsettled out in Toronto. Might be a long shot, but I'm predicting a Columbus win on the road.

SKCatDC - Aurelien Collin returned to the SKC lineup last week and pulled off a tie. How will they do on the road with many of their key players absent? I don't think it will be good. Especially against a D.C. United team who has been solid.

NEatMTL - Does this need an explanation? Another week, another unanimous decision by the BDS gang that has New England winning.

PHIatCUSA - This is a tough one. Philadelphia can't score. Chivas can score, but not much. Philly will have to produce a shutout if they want any chance of getting a point.

LAatCHI - I don't think anything will stop Los Angeles from getting the W this week. Robbie Keane and Landon Donovan can't be stopped.

HOUatCOL - Houston just aren't the same without Brad Davis. He's still gone with the USMNT preparing for the World Cup. Colorado has been solid and they're at home. I'm betting on a Colorado win.

VANatPOR - The Cascadia Cup continues for the second week in a row. Portland seem to be starting to figure things out. I'm betting on Diego Valeri having a big game.

What do you think of our picks? Feel free to make your predictions below, keep track of your points, and play along with us. Vote below on which game should be worth double the points!

Check out our picks from last week here.