The central pairing of Khari Stephenson and Jean-Baptiste Pierazzi is starting to gel for the Quakes.

MLS newcomer Jean-Baptiste Pierazzi appeared to be going through some growing pains to adjusting to a new league after some lackluster performances at the start of the season. Paired with Sam Cronin to start the first four games of the year in the middle of the field, Pierazzi was mostly either invisible on the field or incredible uncomfortable with his role and surroundings. After such disappointing performances, he was benched by San Jose Earthquakes head coach Mark Watson for the next three games before making consecutive starts after the Dallas match on 5/10.

His largely anonymous start to the season had much to do with his deployment and role with the team but also an improper pairing with Cronin as they hoped Pierazzi could be played in a similar fashion as Cronin and double up on having two box to box midfielders. Here's just how uncomfortable and ill fitted Pierazzi was next to Cronin: 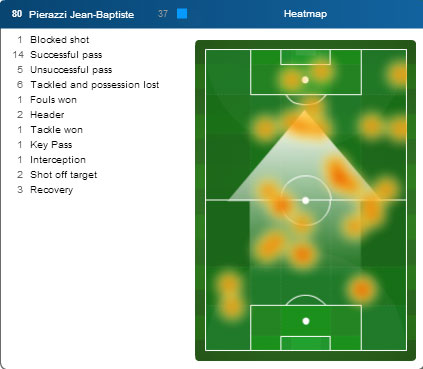 This was Pierazzi's first start against Real Salt Lake back in March. That's 63 minutes of work where he only logged in 37 event points. Some slack can be given since it's RSL and they have a really good midfield, but barely getting on the ball more than once per 2 minutes is still horrendous. His heat map was even worse as it looks like he wasn't sure where he was supposed to be or what he was supposed to do as he popped up here and there very sporadically during the game.

More of this continued and the final nail in the coffin for the Cronin-Pierazzi partnership ended here on 4/13 against Columbus: 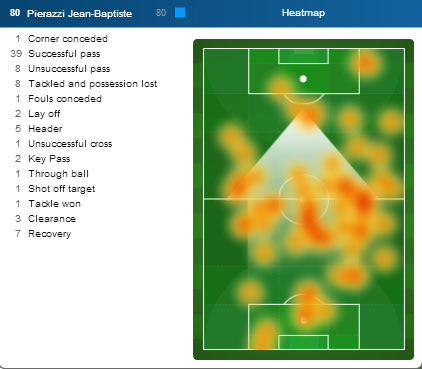 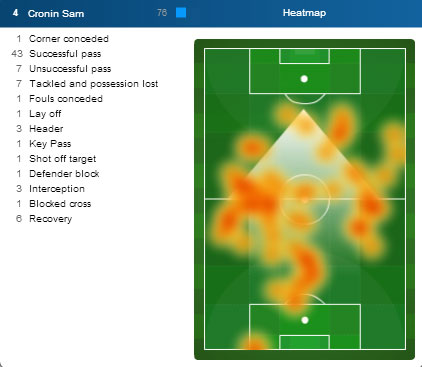 Obviously by this point he was doing better and was able to find the ball more often, but he and Cronin were too similar and were occupying the same spaces for them to really be effective for the Quakes.

I'm not exactly sure what Mark Watson was thinking when he asked Pierazzi to be more of a box to box player, when he made a name for himself spending his entire career at AC Ajaccio as a defensive midfielder. But for the sake of the Quakes and for Pierazzi, Watson has deployed Pierazzi in the destroyer role and paired him with Khari Stephenson to roam and that pairing has started give San Jose better performances. 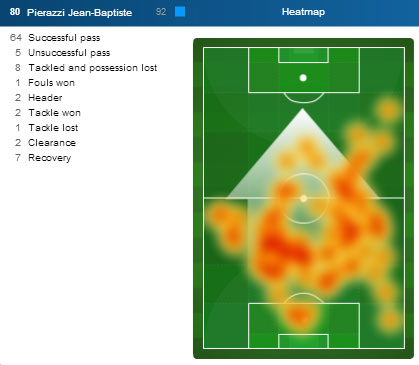 This was SJ's 1-0 loss to Seattle, but as you can tell from this heat map compared to the rest, Pierazzi was positioned much deeper than previously and by nature freed Stephenson to do this: 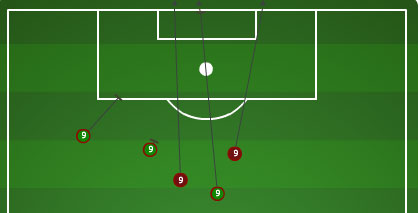 A similar tactic was used for their 3-0 trouncing against Houston which led to Stephenson netting a brace. Granted one was a penalty and the other was off a set piece, but armed with the knowledge that he has someone covering and willing to do the dirty work, Stephenson has the freedom to push forward as he pleases.

How will Dallas Counter?

With the injuries and lineup changes, it's getting harder to predict what kind of formation and lineup Oscar Pareja will deploy against San Jose. A possible scenario was going back to the 4-4-2 that Dallas used against RSL last week and simply passing the ball either over or around Pierazzi and making him chase the game. The other option is to go with the traditional 4-2-3-1 that FC Dallas has used so frequently this season and suffocating Stephenson's attacking options that he must drop deeper to get the ball, thus playing more on top of Pierazzi and occupying the same space than spreading themselves out.

In the end, this should be an entertaining game and I'll be very intrigued by how these two teams line up the middle of the field and who comes out on top with the precious three points.