With the LA Galaxy lineup decimated by the World Cup, the obvious scouting analysis isn't as easy to come by as Landon Donovan and company will not feature in this upcoming game against the Hoops. So I had to do some actual research and came across Dan Gargan as an interesting subject. Unless you've watched several of the Galaxy games this year, you may not have heard of LA's starting right back. He's been incredibly serviceable for the Galaxy, especially since they enjoy getting their right backs into the attack so often and the loss of Sean Franklin during the offseason meant they had to find a replacement.

With Michel out, it'll be interesting to see how Jair Benitez will cope with Gargan's overlapping runs as he bombs forward. And that is of course, if he will be tasked with pushing up so liberally as he has this season since Fabian Castillo will likely be deployed in his usual left flank position, and Gargan may be instructed to sit back a little more.

Always Around the Ball

If you don't believe me about the Galaxy preferring the right flank, just take a look at their past three games and the event points that Gargan logs in. (Yes, for whatever reason I called them "action" points up until now. I don't know how or why that happened. Apologies.) 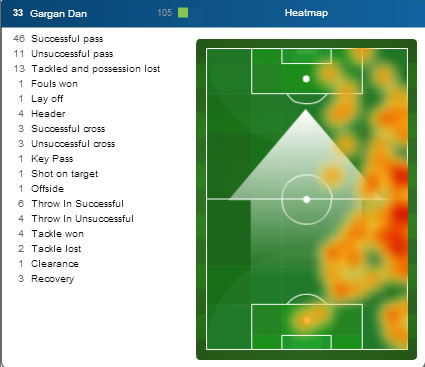 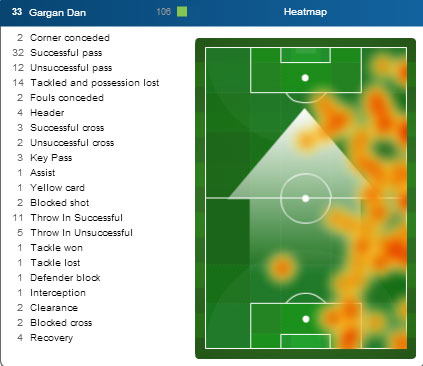 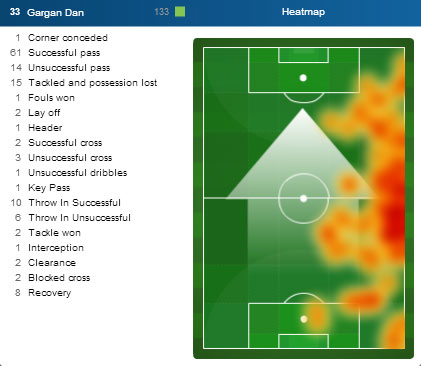 As I mentioned before, I'm going to be most interested in seeing how Papi and Bruce Arena will handle this Benitez/Castillo v Gargan matchup. My gut says Arena will be the more proactive one as LA needs the win more (home game and they were MLS Cup contenders) so it'll be very fascinating to see what kind of space Castillo will get and whether Victor Ulloa and Danny Garcia can get him the ball quick enough.

In just six starts, Gargan has already logged in 3 assists. For those of you keeping score at home, Mauro Diaz leads Dallas with 3 assists himself. Not only does Gargan have a decent right foot to whip in a cross, but he's also armed with a pretty strong core and arm strength and can heave the balls into the penalty box with ease from throw ins.

Here his thrown in work against POR. And yes, one of those made it's way into the six yard box for an assist.

And then from Saturday: 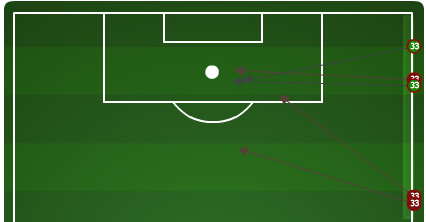 This wouldn't be that big of an issue as I would bet Matt Hedges, Stephen Keel and Walker Zimmerman would win duels against the likes of Donovan and Robbie Keane any day. But in their last game against Houston, the Galaxy lined up Rob Friend (6'5") and Samuel (6'1) as their striking pair and not to mention that Gyasi Zardes (6'2") was also in the mix too.

Robbie Keane will be the fulcrum of the Galaxy attack and a lot of defensive attention needs be sent his way, but don't take your eyes off Dan Gargan either. He has plenty of experience in this league and is thriving under Bruce Arena this year and it wouldn't surprise me if he gave Dallas' backline some issues tonight.