I turned a corner in the video game. Can the Hoops do the same? 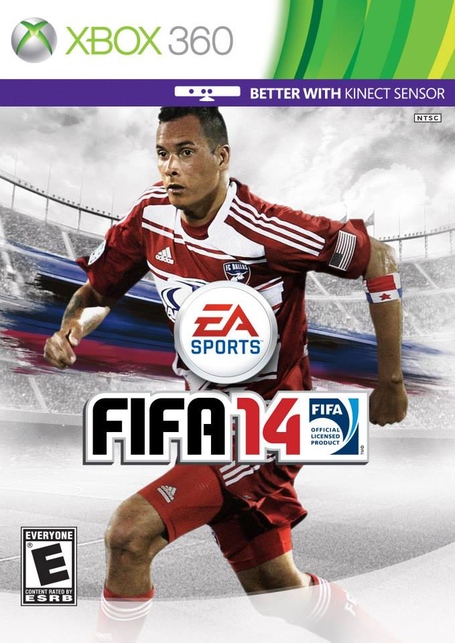 Finally, I've turned a corner. In previewing Wednesday night's FC Dallas match against LA Galaxy, I finally had the kind of arcade dominance I have been striving for since I bought this game, winning by a score of 5-0.

I didn't expect this kind of a breakout to come against the Galaxy, but I'll take what I can get.

After all, the four-time MLS Cup champions are one of the deepest and video game-friendly teams in MLS. With Landon Donovan, Robbie Keane, and Omar Gonzalez, it would seem that a tough video game version of Los Galacticos would put up more of a fight. Maybe it was a fluke. Or maybe I'm getting better.

Of course a 5-0 score isn't going to happen, but maybe we learned something anyway.

Everything seemed to fall into place for video-game Dallas. The first two goals were easy putbacks off rebounded shots that Galaxy keeper, Jaime Penedo initially saved. The third goal, in the 27th minute, was a result of a shot that caramed off the post. While all the goals had what I consider good build-up, finishing hasn't been easy for me on this video game.

I think the rebounds that I built a 3-0 lead on are indicators that sometimes, in soccer, a little luck goes a long way. Dallas hasn't been completely out of any of their most recent five games, but they've only managed a single point during that time. Luck, and ability to finish chances has been a big reason, and the video game really turned that around this week.

Blas Perez hasn't exactly been productive recently. Perez scored two of the first three goals in last evening's video game preview. He was always in the right place at the right time and took advantage of opportunities to slot-home a pair of goals.

I still believe that Andrew Jacobson is going to play a key role for FC Dallas if they are to turn their fate back around. Jacobson matched Perez with two goals, shifting to the wing at times to charge-in and take advantage of a sometimes-shaky Galaxy back-four.

Jacobson seems like a player who keeps possession and doesn't make a lot of dumb plays. He'll need to keep that up if Dallas is going to stay with the Galaxy on Wednesday night.

The Galaxy defenders seemed pretty out of whack on the video game. Though Omar Gonzalez is my favorite American defender, he looked really bad as he turned the ball over to Fabian Castillo for the final goal of the game.

For more on the LA Galaxy, here's a podcast I did with the voice of the Galaxy, Joe Tutino, before the start of the season.

In the end, I took 16 shots -- 12 on-goal -- and scored five times. This is a gross overstatement, but in terms of match-ups, FIFA14 might be on to something here. FC Dallas has had a really tough time all season against teams who want to grind and play very physical. The Galaxy, to me, seem like a team that wants to play with some pace and tempo, which would seem to play right into FC Dallas' hands.

Often in soccer, when the moment seems the most dire, the urgency becomes the highest and outcomes reflect that. Look for the Hoops to come out and play with some urgency. If they can keep LA Galaxy from scoring the first goal, I think Dallas can pull this one out.

My predictions have been a little rosy recently, but this Dallas team is such an easy one for me to talk myself into. I'll give them one more chance with another positive prediction.

What do you think? Are my glasses rose-colored? After five winless games, should I be a little more disenchanted with this team than I am.