Scratching the Chalkboard: New Additions Giving Life to the Goats

Share All sharing options for: Scratching the Chalkboard: New Additions Giving Life to the Goats

Three weeks ago I would've called this a "Trap Game" for the Hoops. The Goats aren't a serious threat to any MLS team but yet seem to linger around in matches and as Dallas has learned from their previous match up (and Colorado too from last weekend), lose focus for a moment and Erick Torres will beat you for a goal in a matter or seconds. Since the FC Dallas defense is known for their occasional lapse of concentration and combine that with Chivas' recent addition (ex Dallas man Marvin Chavez) who scored two goals against the Rapids by pouncing on mistakes, this one could be an evenly matched game.

For whatever reason, Marvin Chavez seems to have a thing for his former team. He's no stranger to Dallas fans and he certainly made an impression last Saturday against his former team up in Denver, nabbing two goals for Chivas' second win of the season. Just check out the goals below. I don't think anybody here would be surprised if this happened to Dallas.

There's not enough data on Chavez since he literally joined Chivas a week ago and has only logged in 33 minutes. But scoring two goals, on two shots, on two broken plays like that warranted a mention.

Here's another player that I've completely forgotten about since his rookie year back in 2012. Rivero was a revelation in 2012 when he led the Rapids in assists with 8 that year, but has been injury plagued since. Rivero has now made two appearances in the past couple of weeks, coming back from injury and is starting to show some of that quality passing range that he's been known for.

Remember what I said at the beginning about losing your focus and Torres scoring a goal? Check this video out and who served up that delicious cross for him:

Rivero's not at his peak yet, but take a look at this passing chart against Houston on 5/3: 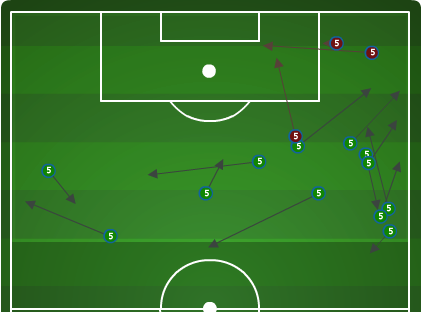 That's 12/15 passing, with his three unsuccessful passes being passes into the penalty area and one key pass in 45 minutes of work. Then there's his second half performance from last weekend against Colorado: 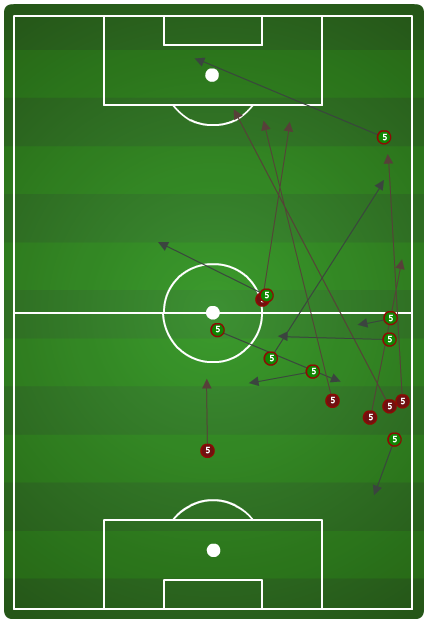 Right off the bat, this isn't very impressive when you look at it without some context. Colorado had 65% of the possession, so any Chivas player's passing stats are going to look sparse and odd. I'm mostly intrigued by the long balls he played because in the first half, everything was short, tidy and mostly sideways, then suddenly Rivero was given the go ahead to start launching them. Even though he was just 7/13 in his passing, most of those misplaced passes are well into the attacking third, not to mention one was a delicious through ball that landed just outside the penalty box and of course the other was the cross for the goal.

There's not enough data here to indicate whether this will be a nightmare match up for Dallas given their defensive lapses and these relatively new players that have been added to Chivas' side, but Chavez and Rivero did so well on the road on so little time to gel together. Compounding it even more are the number of injuries and lack of fitness plaguing the backline for Dallas. I suspect Dallas will have a much harder time finding points than they did back in March when Chivas made their first trip to Frisco this season. Let's hope I'm wrong.