**Quick caveat, I've been traveling all this week and about to board a plane without wifi, so if this seems shorter and less thorough than usual, there you have it. Cheers.

The Hoops take the field this Sunday against a New York Red Bulls side that is seeking for its first road win and are showing glimpses of their Supporter's Shield winning form in recent weeks. It's no secret that this team is built around their charismatic talisman, Thierry Henry and where he goes, NYRB follows. And while the league is salivating over the striker partnership of Seattle's Obafemi Martins and Clint Dempsey, NYRB boasts a strong striking partnership as well. So this week's Scouting series will focus on the tandem of Theirry Henry and Bradley Wright-Phillips who have accounted for 6 of NYRB's last 7 goals.

This season we've seen Henry play as bit of a hybrid position where he's still a striker, but has dropped deeper and has become more of a facilitator and creator role. He hasn't completely become a center attacking midfielder, as he doesn't drop that deep to collect the ball, but he is definitely roaming more and getting the ball in deeper and wider positions to create more space for his teammates. All of this has become successful for NYRB as they've found a solid center forward in the mold of a certain Bradley Wright-Phillips.

Wright-Phillips isn't the prototypical center forward, but he's smart enough to know how to do the job effectively to maximize the spaces it creates for Henry, as evidenced by his four goals last week and taking Player of the Week honors. I'll explain below, but as long as Wright-Phillips remains central and occupies the opposing centerbacks, this frees Henry to roam between the lines more and find the pockets of space to exploit and pick apart the defense.

For time sake, I'll only look into the last three NYRB games starting with their match against the Philadelphia Union on 4/16 where NYRB won 2-1 with Henry scoring one goal. 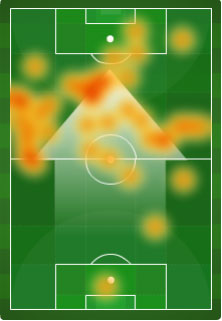 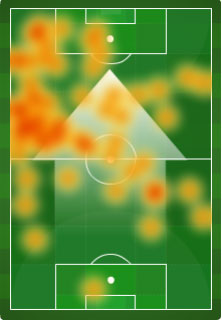 Wright-Phillips ventured out wide a few times based on their heat maps, but had a heavy amount of touches around Zone 14 (the space just outside the middle of the penalty box), which is a zone that both teams want to win the battle in. Most defenses, generally speaking, are OK conceding the wide spaces or any space in particular as long as they win and dominate Zone 14.

As you can see with Wright-Phillips taking his touches in Zone 14, this frees Henry up to spread himself out and use the spaces available. Henry also looks to have the tendency to drift to the left, which would have been fun to watch Kellyn Acosta battle it out with Henry, but alas...

Now onto the Houston game on 4/23 that I'm sure everyone here absolutely swooned over as NYRB won 4-0 with Wright-Phillips bagging a hat trick and Henry providing the other goal. 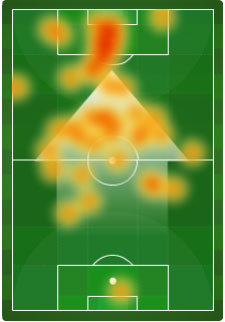 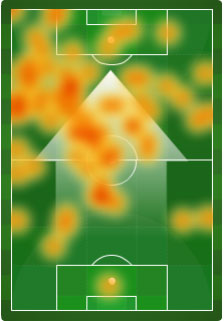 This one makes my job here really easy. Just look at Wright-Phillips' heat map inside the penalty box. This one is just painfully obvious to make the connection. Wright-Phillips: stay central. Henry: roam. But again, Henry seems to find joy in fanning out to his left and working that side of the field.

Then there's the most recent game on 4/26 against the Columbus Crew. In fairness, NYRB just went through 3 games in 11 days and it showed, but credit to the Crew for disrupting the Henry - Wright-Phillips partnership as NYRB was only able to manage a 1-1 draw. 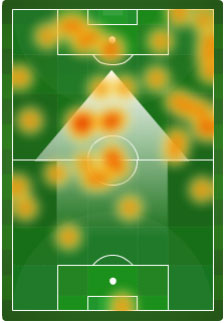 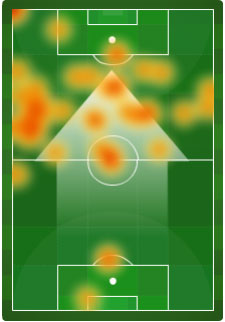 Notice the difference? Henry didn't get nearly as many touches on the ball, although yet again, he favored the left side (Why Acosta?! Why?!) and Wright-Phillips wasn't able to remain central and was forced to to the wings.

It'll be very interesting to see what FC Dallas and Oscar Pareja does with the right back position with Zach Loyd out on suspension and Acosta out with an injury. No doubt NYRB head coach Mike Petke and Henry will do what they can to test and exploit that side of the field. But the important match up will be between Matt Hedges-Stephen Keel against Wright-Phillips. Will they be able to limit his touches in the central part of the field? Will they be able to push him wide? Either way, the game plan must be to know where Henry is at all times and win the Zone 14 battle to push NYRB's attack to the wings.