The glorious "dome" makes its first appearance in Frisco

Share All sharing options for: Scratching the Chalkboard: Scouting Michael "The General" Bradley

There is nothing better for a team that just suffered their first lost of the season to regroup and focus on the next opponent. Players and fans alike cannot wait until this Saturday when the Hoops can wash out that nasty taste of a loss and drink in the sweet nectar of three points. This weekend, Dallas welcomes a new look Toronto FC into town so our scouting series this week will look at a player that many USMNT fans are familiar with, Michael Bradley.

About a month ago, Michael Bradley made an interesting comment that "possession is such an overrated stat". At first glance I was surprised that he said anything at all to the media, then the comment was a curious one but it makes so much sense given who he is and how he plays. (Just go back to the 2009 Confederations Cup against Spain where USMNT ceded possession, but won and actually controlled the game by pushing the ball where they wanted it to.)

And of course, Toronto has embraced that same mentality regarding possession so far this season as well. In fact, in all five games that they have played, Toronto FC has never won the possession battle. Just look at the possession stats of their opponents.

Contrast that with Dallas who is a team that is enjoying possession, and has only lost the possession battle once this season (SKC). It will be very interesting to see how this plays out and how Bradley Toronto will try to control the game without the ball and how Dallas will try to do the same with it. Part of how Bradley controls the game is simply by being everywhere, which brings us to our next point. 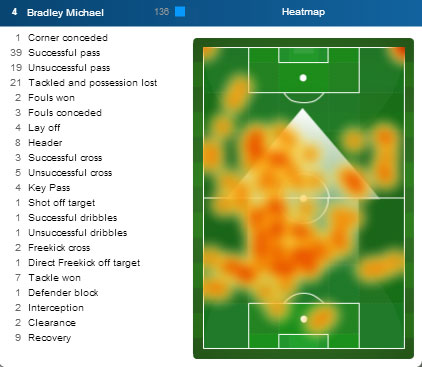 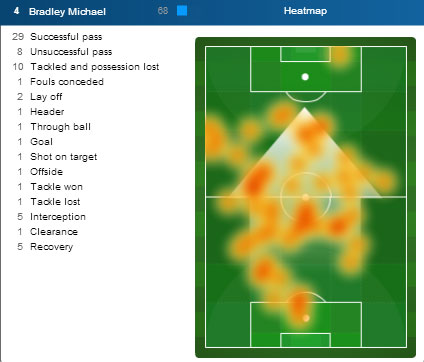 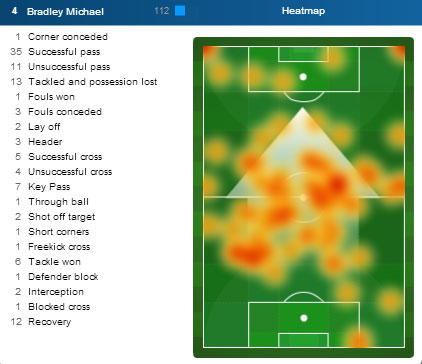 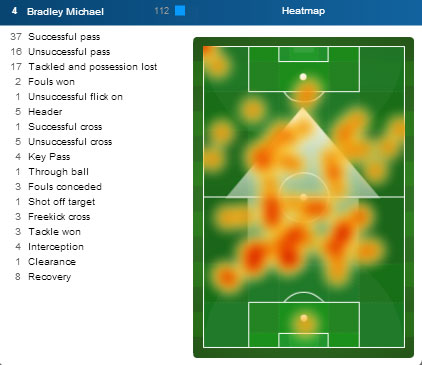 Bradley's contribution to any soccer team is that he's a prototype box to box midfielder. He's a generalist, and a very good one at that. He excels at no physical part of the game in particular, but he is good at everything and exceptional at reading the game. Bradley can attack, be an outlet and provide link up play between the defense and the attack, and he can play good defense too as evidenced by the heat maps that he's everywhere.

And if you just scan the stats on the left hand side, you can see he does indeed do a bit of everything from passing through balls, to tackling, to scoring to intercepting passes. You can also see that he logs a very high number of action points (CLB - 68) being the lone exception. He's either first or second on Toronto as far as action points go.

Without diving into all the nuances at how Toronto pulls out victories with so little of the ball, looking at Bradley's passing chart gives a good idea of his and Toronto's tendencies and what Dallas needs to look out for. 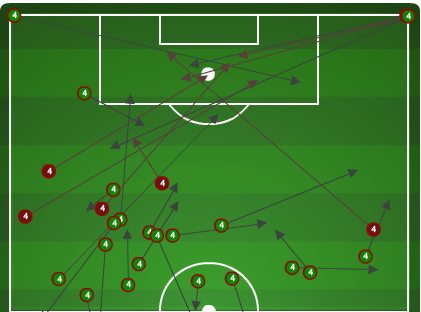 This is Bradley's passing chart against Seattle. I just cropped the attacking half for this series. These are his stats:

A lot of his passes are chipped passes into the box from a diagonal position. Most of the balls played into the box are indeed crosses, but look at where Bradley is hitting the balls to from outside the penalty box. Everything is landing in a dangerous position which requires the defense to make a play. 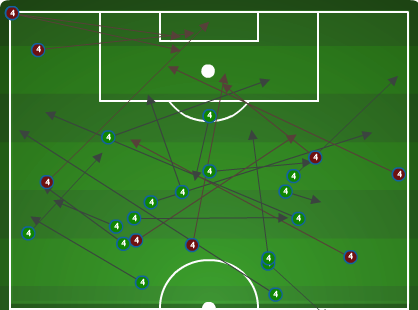 This is Bradley against DC United. As you can see, he is now occupying spots further up the field and his passing stats are impressive.

All his unsuccessful passes were chipped passes, and all but one of those were coming from a free kick. In other words, Bradley is attempting high level of difficulty passes and all but two of them are aimed at the penalty box. 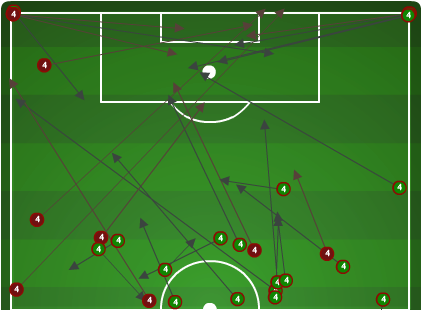 This is Bradley against RSL. Again, his stats are very impressive.

All his missed passes that were not from the corner were all chipped.

I'd show the Columbus stats here as well, but they are basically another mirror of how good Bradley is. (13/19 pass completion, 1 through ball, of the six unsuccessful passes four were chipped, 1 was a header and 1 was a through ball). Basically, Bradley doesn't cough the ball up easily and when he does, he's attempting a high degree of difficulty pass that's designed to stretch the defense and create a goal scoring opportunity.

Where Dallas needs to focus on will be on the second ball and make sure they win those more than they lose them. If Toronto continues with their current game plan, and I'm not seeing a reason why they'd switch, Matt Hedges and Stephen Keel will need to alert of any time Bradley has the ball in their half of the field and anticipate the chipped pass that will be floated their way. Hendry Thomas and Adam Moffat/Michel will then need to be sure they're not caught ball watching and anticipate their defense winning the ball and positioning themselves well to collect the headed pass.

If Bradley does see the field this Saturday, he is going to be everywhere and be on the ball a lot for Toronto. FC Dallas will need to understand when he does see the ball to be sure to be ready for a chipped pass to be headed at or behind the defensive line and be ready to win the second ball. Dallas can of course just nullify Bradley completely by making sure they take good care of the ball, be patient with it as Toronto already likes to concede possession and make sure they at least create a goal scoring chance every time they venture into the Toronto half. Either way though, this will be a fun one to see how things unfold.