The Argentine Designated Player carved up the Impact defense.

Share All sharing options for: Scratching the Chalkboard: Mauro Diaz Against Montreal

FC Dallas opened their campaign with a solid performance and bagged a happy 3 points. The match itself was a bit of a pendulum swing with Montreal starting strong and netting the first goal, to Dallas grabbing all the momentum back by scoring three unanswered, only to have Montreal pull within one with 25 minutes to go which set Dallas back into "absorb and hope to counter mode" the rest of the way. However, despite a rather nervous way to end a match, three points is three points and I for one am happy to get it any way possible.

After looking briefly over the Opta Chalkboards, here are some of my takeaways from the game:

MAURO DIAZ HAS THE KEYS

We've all known that Mauro Diaz was going to be given the chance to pull the strings for the offense this year, but the question was whether he could handle the responsibilities for an entire season. If last night's performance was any indication of how he'll do, then Dallas fans are in for a real treat as his Opta chart showed a masterful performance from the young Argentine. 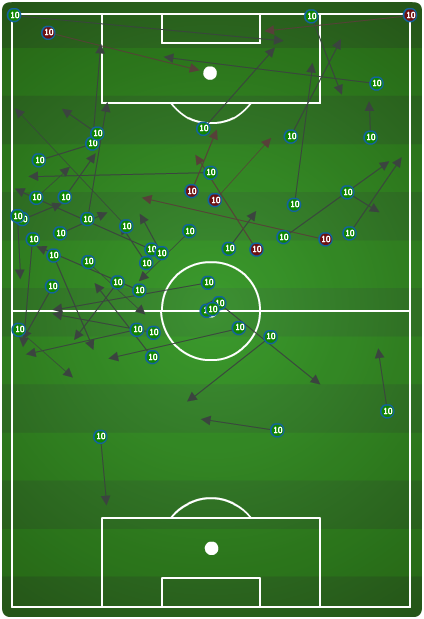 Diaz led the team in passes, which showed he was involved in the game and was finding ways to get touches and get his teammates into the action as well. His chart shows 43 successful passes versus just 6 unsuccessful passes for a completion rate of 87.8%. His chart also showed that he favored working the left side getting the ball to Jair Benitez 12 times and Fabian Castillo 9 times which is where Dallas was able to generate more of their scoring chances from.

But what's even more encouraging is seeing the chart below of all the passes that were unsuccessful: 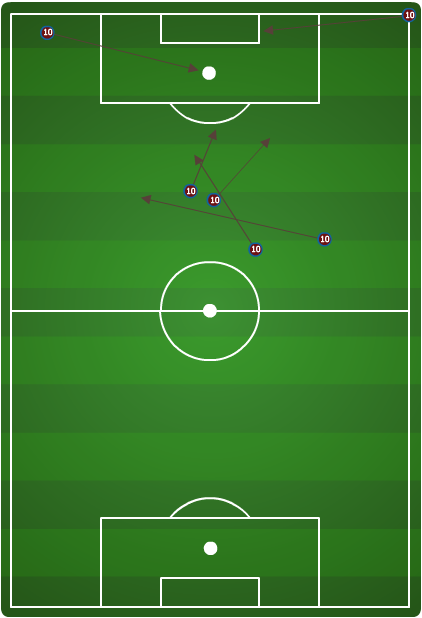 1 unsuccessful pass came from a corner, another from a cross, two from headers and two from flick ons. In other words, Diaz failed to connect on passes that either had low success rates to begin with (corners and crosses) and on high risk/high reward type passes like flick ons. Headers are a bit of a mixed bag, but since he's 5'7 and not asked to be an aerial monster, we an give him a pass on missing a couple passes with his head. All this to say is that Diaz doesn't cheaply give the ball away and if he can continue to dictate a game like this one, he is going to be something special for Dallas.

If Castillo is poised for his breakout year as many of us are hoping for, he's going to need to not only see the ball as much as he did last night, but he also needs to make smart decisions with the ball as well. 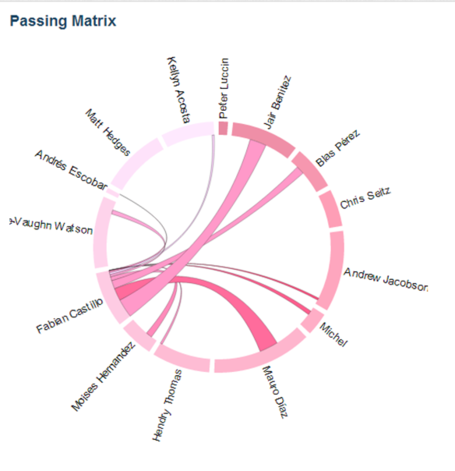 Above you can see Castillo's Passing Matrix against the Impact and as expected Castillo and Benitez combined well down the left flank for 17 passes interchanged between the two of them. He also worked well with Blas Perez, completing 8 passes between the two of them and with Mauro Diaz who found each other 15 times. Castillo is incredible when he puts his shoulder down and takes defenders on, but he raises his game to another level when he combines well with his teammates, making him even more unpredictable as an attacking player. 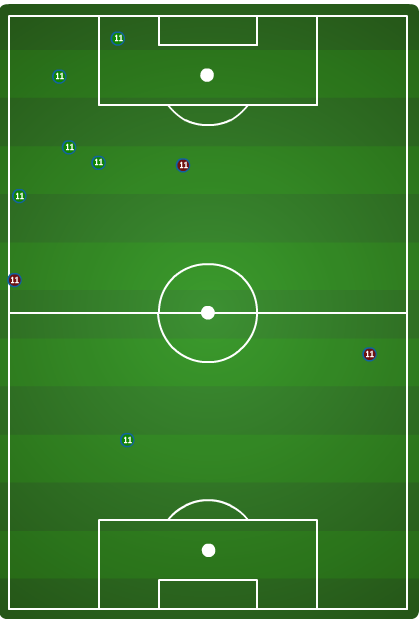 These are all indicators that he's maturing as a player under Pareja. And if Dallas can get these types of performances from Castillo this year, he'll finally shed that "player still working up to his potential" tag and finally be that star that the coaching staff saw in him when they brought him in 3 years ago as an 18 year old.