The eve of the new season is here!

We're nearing the 24 hour mark until the start of the new season. Last night the new kits were unveiled and our new captain was named (congrats Andrew Jacobson!).

To help out with all the excitement here are some morning links to enjoy.

Here are some more facts on the new home kit.

Need something to do tonight...and in the morning....and all day tomorrow? Look no further than the annual 24-hour tailgate.

No national team duties to deal with in 2014 for Blas Perez, hopefully that means a healthy run with lots of goals for FCD.

As much as I wanted it to be George John, I'm fine with AJ being the captain.

I have to admit, this may be one of my new favorites.

The beIN Sports broadcaster sits down with Jeff Bradley for a little interview. Good stuff here, Phil is one of my favorites in the game.

KickTV has the first episode of this great show, and it is all about last year's MLS Cup shootout.

These guys are getting paid. Good for them.

Sadly enough one of those is Kevin Hartmans' shutout record.

An alternate view of the 2014 season | Pro Soccer Talk

A pretty good read here, nothing like poking fun at things that could happen. I'll laugh if that one about Chivas turns out true.

I'll continue to say it, MLS will soon pass baseball in American's minds as one of the top sports. I'm dead serious about that.

Some very interesting games for the US team.

A study on all of Jerry Seinfeld's girlfriends | Uproxx.com

Yes, by this we're talking about the show Seinfeld. Sorry if you don't like the show, I'm always intrigued by anything that is written up about it.

And finally we take our stadium tour to France with the Allianz Riviera. 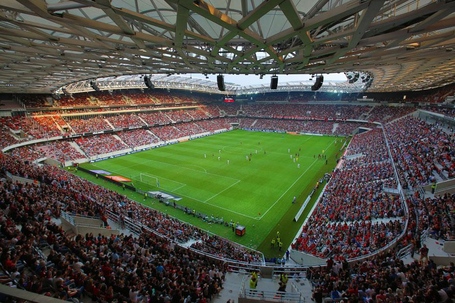 What did you make of the news about Jacobson? Are you ready for tomorrow? Lets discuss that and more here in today's thread.