From without a contract to first MLS start.

Share All sharing options for: Scratching the Chalkboard: Victor Ulloa

Last Saturday, FC Dallas saw the likes of five Homegrown Players make the 18-man game roster, with two in the starting lineup: Kellyn Acosta in his usual right back spot and then Wylie native Victor Ulloa in the center midfield position. The re-signing of Ulloa this off season was a bit of a shock as his contract was allowed to expire, but there was clearly something in him that Oscar Pareja valued and Ulloa showed in pre-season that he was worth keeping around.

There were plenty of reasons to give Ulloa a pass if he was nervous, rusty or even outplayed against the Portland Timbers on Saturday. He was making his first MLS start (his first appearance came in a 9 minute cameo in the 2011 season finale against San Jose) and he was matched up against a stacked Timber midfield in Diego Valeri, Will Johnson and Diego Chara. But Ulloa more than held his own against the Timber trio and showed the qualities that Pareja most likely saw in him that made Pareja wanted to resign him in the first place.

Here's how Ulloa did: 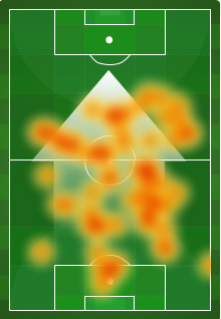 Ulloa's heat map is fairly standard for a player in his position - stay central and keep your shape. A young player would be tempted to fly up and down the pitch, trying to make tackles or jump into the attack when unnecessary. Ulloa did none of that and kept his spacing well between the centerbacks and Mauro Diaz. These don't seem like a big deal, but in FC Dallas' set up, ensuring Mauro Diaz, Fabian Castillo and Je-Vaughn Watson the space to operate is essential for success and Ulloa did that perfectly. 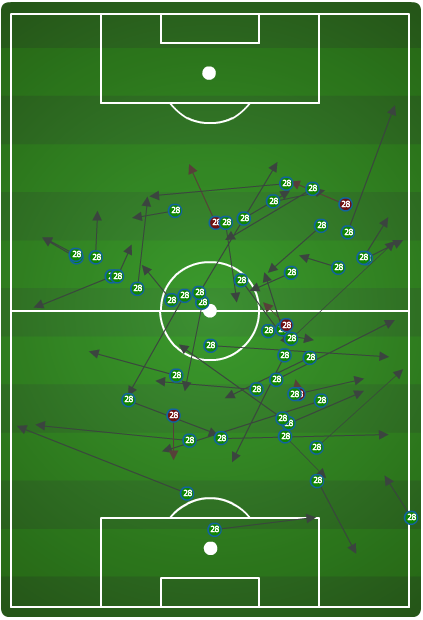 His second half was great. He proved to himself and many people that he can play this game. I'm very proud of Victor. For him, tonight is special because he is a kid who has overcome a lot of challenges. Tonight was a good show of that character. Soccer has not given him anything. He has earned it. Every inch he has gotten in this game, he's earned. -Oscar Pareja

The first thing that sticks out with this chart are the passes here are mostly short and sideways to the wings. I know in some parts that passing sideways isn't an attribute to be praised, but context is everything. I don't have Pareja's game plan, but it was looked pretty evident that Ulloa's task was to simply help cycle the ball and get it to Mauro or get it wide. And as we have covered here at BigD, getting the ball wide and to Diaz leads to good things. It's also worth noting that when you have a player with Diaz's vision and passing range, there's absolutely no reason for Ulloa to do any long range passing.

Ulloa actually was even better as the game wore on. His completion rate was 21/25 before the two mysteries red cards in the 40th minute and a near perfect 24/25 after the two red cards. Of course, playing with 10 men on both sides means there is more space and that completing passes should be easier. I'm not claiming Ulloa was extraordinary for his performance, but he was tidy and mostly error free.

I say mostly, as his one missed pass was a glaring mistake at the 71:44 mark deep inside Dallas' own half which sprung a quick Timbers' counter. Thankfully Ulloa recovered extremely well and tracked his errant pass down and picked the ball back up 6 seconds later. This is probably what Pareja saw and liked in Ulloa's game that warranted his re-signing with the club. Players are going to make mistakes and make errant passes from time to time. Most players in Ulloa's situation would've just slumped his shoulders, hang his head low and hope the defense can cover for him. Instead, Ulloa immediately sprinted back to recover the ball and make amends for his mistake. 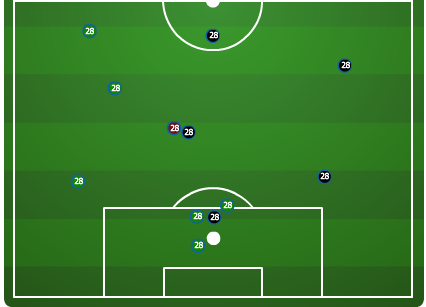 And on that recovery note, Ulloa had for himself a very strong defensive game. He doesn't have the physcality of Hendry Thomas but he was very effective in shutting down the Portland attack. Granted the Timbers trio of Johnson, Chara and Valeri are not playing at their best at the moment, but if there was a match up for them to exploit and get out of their early season funk, being matched up against a rookie was it. Ulloa was tidy and didn't make any defensive mistakes and shielded Matt Hedges and Stephen Keel rather well. 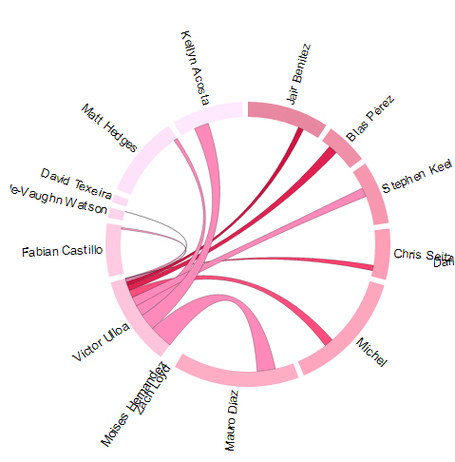 As I mentioned earlier, Ulloa's game plan seemed to earmarked for cycling the ball and getting it wide and/or to Diaz. Looking at the Passing Matrix you can see he completed the most passes (13) to Mauro Diaz. And more surprisingly, Mauro actually passed the ball to Ulloa the most on the team (10). This is just a good indication that Ulloa is moving into spaces well to be an outlet and not just ball watching once Diaz has the ball. Ulloa completed the second most passes to Kellyn Acosta (9) with most of them happening after the two reds. The Timbers basically baited Acosta to run up the flanks, which he obliged and Ulloa did a nice job of getting him the ball to start the attacks out wide.

All in all, a very good first start from Dallas' HGP and it would not surprise me in the least if he got the nod against Houston this weekend.