A masterful performance from the Honduran midfielder.

Share All sharing options for: Scratching the Chalkboard: Hendry Thomas against Chivas USA

Fabian Castillo, Mauro Diaz and Je-Vaughn Watson are drawing all the plaudits and accolades from their most recent performance against Chivas USA last Saturday and they are all well deserved and earned. Their attacking prowess shred Chivas' back line to pieces with clever runs, sublime passes and visionary passes. And while Diaz was at the heart of the attack for FC Dallas, pulling the strings of the offense just like David Ferriera did back in 2010, it was the Honduran Hendry Thomas that was quietly going about his business and doing all the things necessary of a defensive mid to ensure the Dallas attack would thrive in the way it did. Here's a quick look at his Chalkboard from Saturday night. 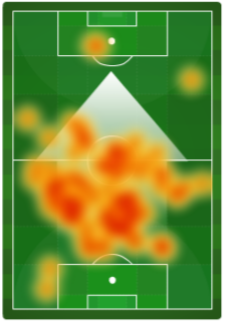 Under normal circumstances, this the kind of heat map you'd like to see from your defensive mid - mostly central and mostly in the middle of the field. Bonus if there's anything in the opponents' penalty box, but largely this is textbook defensive midfield work.

This first shows us what we already knew about Thomas - he's disciplined and knows his role with the team. He stays in front of the back four, shielding them from being directly under any kind of duress from the opponent. Secondly, Drew pointed this out in his write up against Sporting Kansas City last week, by staying deeper this allows more space for Mauro Diaz to operate under. This is actually pretty simple soccer if you think about it. If Thomas opted to push up a little more, he draws another defender with him and by that point there are two players occupying a space, leaving Diaz less to work with. As evidenced by his assist (yes, I'm still crediting him with it) to Watson for the second goal, our Magical Mauro thrives with space. The more the midfield can give him the better and Thomas did that perfectly. 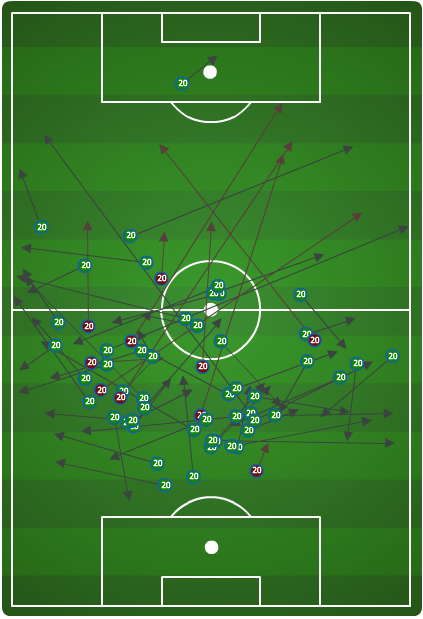 Passing Machine may be a bit of an exaggeration, but 50/60 successful passes is a good night for anyone. Now most of these passes are indeed sideways, making them easier to complete, but this shows well that Thomas can be counted well for keeping the movement going and distributing the ball well to our attackers.

Diaz's passing matrix below shows us that Thomas is also very good at finding Diaz. The graphic shows that no other player found Diaz as often as Thomas did (10). A defensive midfielder's job description is fairly simple: win the ball back, give it to the team's play maker. Rinse and repeat. As long as Thomas keeps feeding Diaz the ball, Dallas will be in great shape. 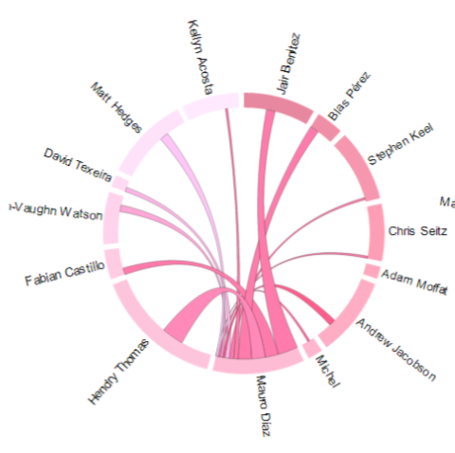 Dallas has been without a true defensive midfielder since the days of Daniel Hernandez and the lack of some defensive strength has shown in recent years. All that looked to be different when Dallas traded for Hendry Thomas and boy, did Dallas get themselves a very good one. 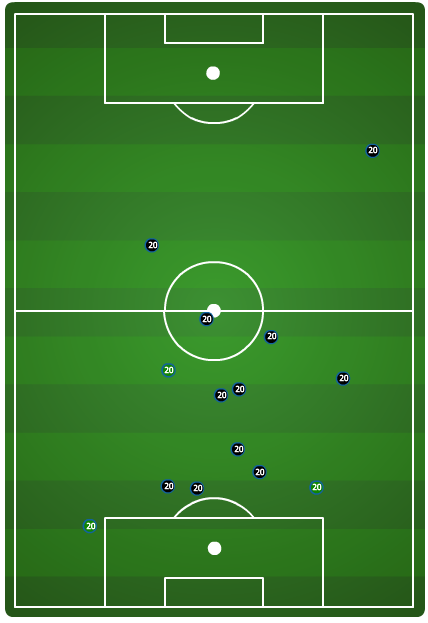 These are 3 tackles won, 5 interceptions and 6 recoveries. What's worth noting are that most of his action points are coming from the middle of the field, meaning that the defense isn't being stretched and that Thomas isn't called into covering for someone.

What's not shown on these graphics are the countless times Thomas harried Mauro Rosales to lay the ball sideways or to pass the ball back. Last thing Dallas wanted was for Rosales to be given time to look up and send a ball into the box for a streaking attacker. It was rare that Rosales had the time to do any of that, evidenced by the fact that Rosales only sent in 6 crosses into the box during the game - 2 free kicks and 3 corners. Jair Benitez had a hand in that, but so did Thomas. This doesn't show up in any stat sheet or chart like this, but that kind of defensive presence will help Dallas win more games than not.

More games like this from Thomas will give the Dallas attack a lot of bite and flair and more importantly, plenty of beer showers.

Now if only he didn't pick up that red...