Analysis on our Scottish debutant

Share All sharing options for: Scratching the Chalkboard: Adam Moffat

Random fun fact: Did you know Adam Moffat is married to Steven Lenhart's sister? Let that sink in for a moment.

One of the more exciting moves from the off season was the revamped central midfield. And while the acquisition of Adam Moffat led to the departure of long time favorite Kenny Cooper, the need for reinforcements in the middle of the pitch was dire as 2013's season went largely depending on how the central midfield held together against the opposition.

After missing the season opener due to a minor injury, Adam Moffat made his full FC Dallas debut last Saturday against the defending champions, Sporting Kansas City. And while it may be easy to say his pairing with captain Andrew Jacobson was unsuccessful because they were overrun by SKC's midfield (but how many MLS sides wouldn't be anyway), his Chalkboard showed that the FCD front office picked up a quality player that can help this side steal points from hostile environments, as evidenced from last Saturday's game.

Here's what we got from Lenhart's brother-in-law and how he improves the Dallas midfield.

Better on Both Sides 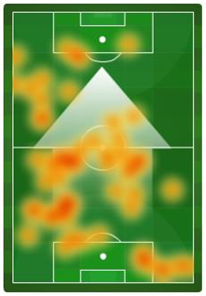 When you are out possessed at FIFA 14 levels (64.1% versus 35.9%), out passed (481 versus 267) and up against a team that likes to press high to regain possession, this kind of heat map from Moffat is pleasing to the eyes. On one hand it means Dallas was scrambling a bit to get the ball back but it also shows determination from Moffat to go where the ball is and help on both sides of the ball. You can see he got into good positions on the right side to cover for Acosta yet was also able to push up and join Castillo in the attack on the left flank.

I've had a hard time classifying Moffat and what kind of central midfielder he is, but by looking at his map, he clearly played the role of a box to box midfielder on Saturday and looked very comfortable doing so.

One of the things (and there were many) that led to the downfall in 2013 was that teams figured out how to play Michel and were able to force him into turning the ball over repeatedly. With no way of linking the defense with the attack, Dallas sputtered their way out of playoffs for a second season in a row.

Moffat's distribution stats from Saturday shows that he is certainly an upgrade over last season's midfield, 28 successful passes versus only 4 unsuccessful - good for team best. 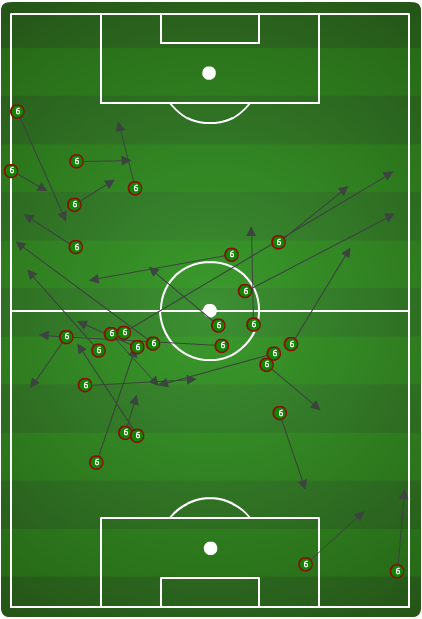 A lot of these passes were towards the wings, which as we've covered here at Big D, is a good thing. Most of his completed passes (6) went to Jair Benitez, then to Fabian Castillo and Mauro Diaz (5 a piece) which shows that Moffat is doing well with getting the ball to our attackers and linking well with them. 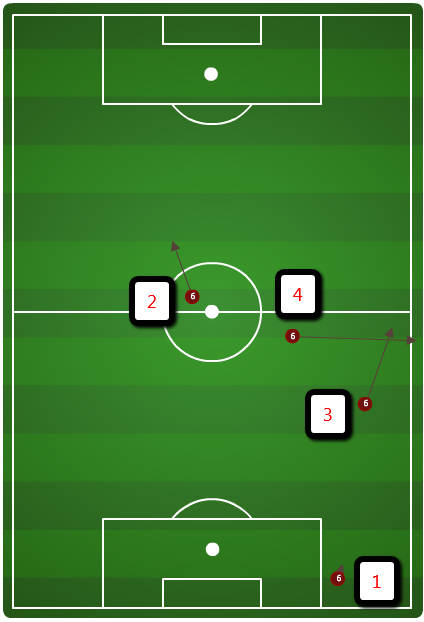 His unsuccessful passes were benign as neither of them resulted in any kind of threat from SKC. That missed pass near the Dallas penalty box (indicated by the #1) was a clearance which Dwyer blocked with a sliding tackle, but the ball went out of play for a goal kick.

His next missed pass( #2) was a header that floated into his area which found SKC Rosell, who promptly just headed the ball back to Benitez.

His third missed pass (#3) was Moffat attempting to recover a loose pass sent behind him from Watson. Moffat was being pressured and had to just kick at it to keep SKC away from the ball.

And finally his last missed pass (#4) was a clearing header, that resulted in a throw in.

Perhaps most telling from all of this was that all his misplaced passes came in the first half. Moffat was a perfect 12 for 12 in the second half. And while possession for Dallas was scarce already, it would have been much worse without Moffat's presence in the middle.

No one will confuse Adam Moffat with Hendry Thomas in terms of defensive tenacity, but the Scotsman had plenty to do defensively (I suppose the whole team did as well) and did it with aplomb. Just check out his defensive stats from the first 38 minutes of last Saturday's game: 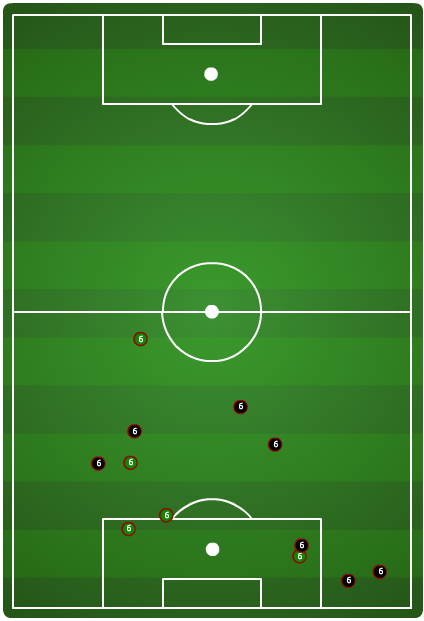 That's 5 recoveries, 2 interceptions, 2 clearances and a very commendable 3 tackles won. On one hand it can be a little alarming to see Moffat pick up defensive stats so deep in the Dallas half, indicating that he needed to drop deep and cover but these are stats you want to see when your team has decided to drop deep and absorb pressure.

Adam Moffat won't steal many headlines this season. Although he's bound to score a screamer once or twice this season. But his all around game and calming influence can be an incredible asset moving forward. How much more confidently will Acosta/Loyd and Benitez/Michel push up the flanks knowing that you have a quality midfielder in Moffat who can cover for you? As painful as losing Kenny Cooper was, Adam Moffat will be a key player this season.