Some players are getting healthy, finally.

We're at the half way point in our second week of the season. FC Dallas is in full prep mode for their weekend encounter with the defending MLS Cup champions Sporting KC.

While they get ready, here are some links to get your morning started off.

One guy that should be ready to go this weekend is a veteran defender. Oscar Pareja could use him for sure.

If you can't make it to KC this weekend, why not head up to Frisco and watch the game at The Varsity Club?

FCD is one of the few clubs in MLS to start two HGPs in a game.

San Jose has yet another comeback, this time in CCL | MLSSoccer.com

So typical. But hey, I'm all down for rooting on the Quakes in this competition as they face a Mexican squad.

I have to think at least one MLS squad makes it to the semifinals. Right?

In a way, you'd think this would be a much bigger story than it is. Hopefully the player negotiations with their CBA later this year don't go in this ugly direction.

Parkhurst sees MLS's growth after being away for a few years | MLSSoccer.com

The new league of choice continues to earn high praise.

I really hate seeing this for Stu but I think once he recovers it is time to return to MLS.

I have to say, this story does not disappoint.

And finally, our stadium tour takes us to Azerbaijan with the Lankaran City Stadium 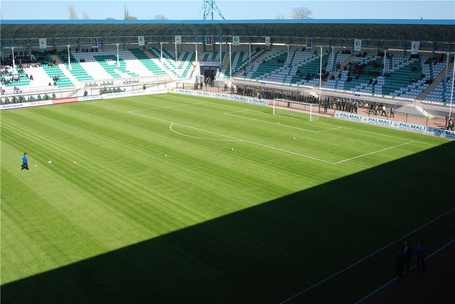 What do you make of all this referee lockout stuff? Are you rooting for MLS teams in the CCL? Let's discuss that and more below.