Hoops in the Middle East, national team wins and more

The weekend has come and went with FC Dallas firmly in the Middle East during their preseason training. We're seeing plenty of photos from that but we'll get to that in a second. I'm sure most of you watched the Super Bowl last night, that blow out was something else to say the least.

We'll begin voting on our new name for this daily post later this week. In the meantime, here are some links to get your day started off right.

Some funny details about this trip from the PR staff at FCD. It appears that the team goes to the hotel, and then trains and then back to the hotel so far on this trip. Apparently wondering around Abu Dhabi on your own isn't a smart thing to do either.

Seriously, they hang out in the hotel a lot

But at least we know Papi still has it: 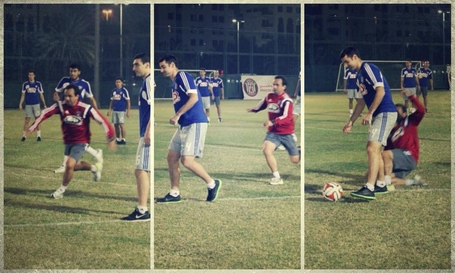 I hated that I didn't get around to posting these on Friday but they're still worth another watch today.

Fans have until 5pm today to take advantage of 51% off single game tickets. Heck of a deal there.

The US U-20 midfielder is apparently signing with MLS and will be going to a weighted lottery (like Cobi Span). FCD won't be eligible for this lottery unfortunately.

The NFL certainly got lucky with their weather last night. Heck, it was colder here in Dallas than it was at MetLife Stadium.

I'll be honest, I hardly got to see any of this game on Saturday but Wondo looked good. But it was also good seeing some youth off the bench with DeAndre Yedlin and Luis Gil getting some minutes.

We all knew it was coming but they'll be a big press conference this week, even Don Garber is showing up for it so you know we're going to be hearing about Miami being the 22nd club.

US tour planned for later this year | ESPNFC.com

The World Cup send-off for the US should be a good one as they are reportedly going to face Nigeria in the final tune-up match. Serbia, Turkey and Sweden are also in discussions.

Toronto, DC and Philly all made big moves this winter but will they be enough in a crowded conference?

Good, I can go on a massive binge of this show before the new MLS season begins.

And finally...our daily soccer stadium tour goes to Friends Arena in Solna, Sweden (I'm part Swedish so get over it): 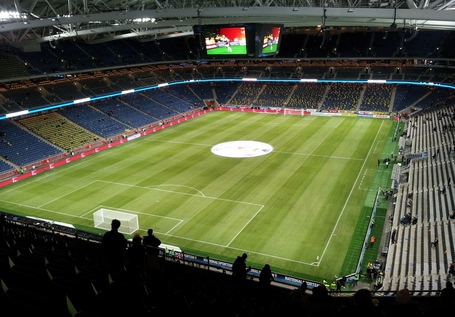 Feel free to use this thread for your daily talk and link sharing. Did you catch the game last night? Or did you watch Sherlock and Downton Abby instead?