Friday is finally here for us all as FC Dallas is officially in the Middle East. Plenty of topic to get your day started. Don't forget to continue to submit ideas for what to call this daily link post. We'll get a poll out early next week for some of the best names out there.

Just a reminder, we'll have a more FC Dallas-focused news update like we normally do on Friday on here later today.

Huge rebranding unveiled last night in San Jose. This is a letter from their club president explaining it all. I suggest watching the video attached to it, very cool to see this club pay more attention to their history while rebranding here. Amazing how far the league has come from the days of the Clash and Metrostars.

Also, below is a look at their new jerseys. The only thing missing from them is a sponsor (looks rather plain in the middle there huh?). 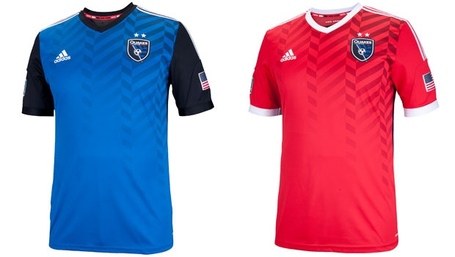 Still, very cool design to them. MLS has some more on the details of the jersey here.

More on the Quakes rebrand and why it is important for MLS | MLSSoccer.com

I think the biggest point made here is how a team like New England now needs a rebrand in the worst possible way. Seriously, it has to happen before long. We know Columbus will get one soon with their new owners, so New England, you're on the clock.

A roof? More seating? What else is next up there in Toronto?

Emerson Hyndman and Fulham in the 5th Round of the Youth FA Cup | ProSoccerTalk.com

I still find it a bit upsetting that the young Hyndman kid never suited up for FCD.

Consider his career trek from his DC United days, to the countless loans that Benfica sent him out on to his return to MLS with Philadelphia and then to his short stay in Brazil. Now it appears that he is heading to England.

He won't be heading to MLS anytime soon as he is now being loaned out to a Turkish club.

LeBron James is on board in Miami | CBS

In a small way I really do hope he is going to be apart of David Beckham's MLS expansion ownership group. More eye balls on the league from someone like him only help the league out going forward.

LA okay with being the league's guinea pigs with LAG II | MLSSoccer.com

Figuring out all the rules for the Galaxy and their new 'farm' team are going to be interesting to watch. Apparently the MLS side can loan a player to the USL team as freely as they want. I'm still a bit nervous of some potential loopholes that they'll find.

Sooo many to pick from for me. I've enjoyed some recent ones like the Volvo ads with the little Darth Vader. I've seen most of this year's ads already...I won't spoil them for you here but a couple are real funny.

And finally...time for your random soccer stadium photo of the morning to get you through your cup of coffee/tea/beer/etc. The random stadium selection today takes us to the Türk Telekom Arena, the home of Galatasaray S.K.: 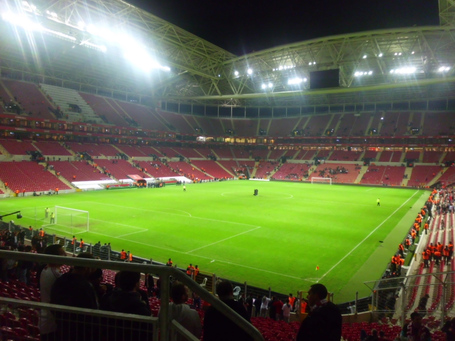 Continue to use this thread for your morning discussions. What do you make of Adu going to England? Also, do you like what the Quakes did with their rebrand? Lastly, any big plans for the weekend ahead?