Sometimes the real time video doesn't offer enough to know how good this goal really was.

There are goals that help lift a team like the one Mauro Diaz scored against the Vancouver Whitecaps on Saturday that helped give FC Dallas the three points. And then there are goals like Jair Benitez's long-range bomb.

Both goals were amazing but I've thought long and hard about which goal to break down. I opted for Benitez's bomb due to the difficulties that it takes to score a goal from that distance.

(By the way, both goals are up for Goal of the Week, GO VOTE NOW!)

So the way this play developed was all on Benitez. 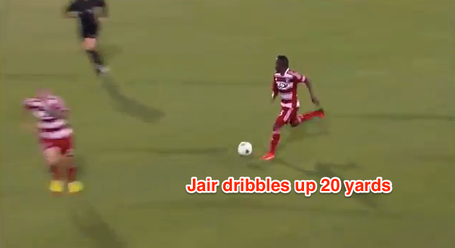 Going full steam ahead on the dribble up the left flank, just past the midway line, Benitez spotted Vancouver keeper David Ousted off his line and drove a left-footed shot into the far side netting from 50 yards out.

Vancouver had a pair of defenders that were tracking Eric Hassli on the play, the Frenchman's run on the wing helped open up the space for Benitez. 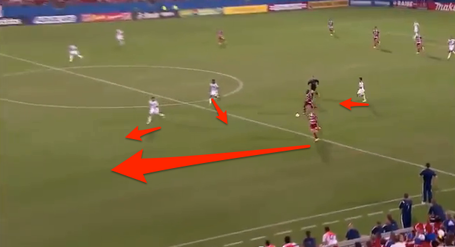 As Hassli continues his run, Benitez continues to push the ball. Once he crosses the midfield line, he notices Ousted well off his line and decides to let it fly. 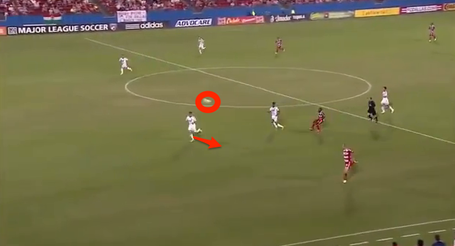 It is hard to tell from this angle but Ousted was probably another 10 yards up the field from this position as he was tracking back to try and save the shot from going in. 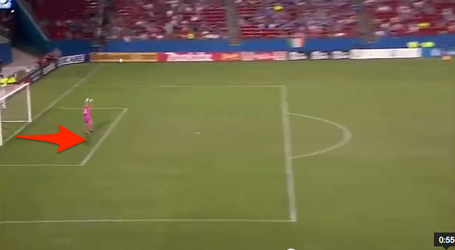 As Schellas Hyndman put it after the game to the reporters, scoring a goal like this is no easy task.

"It was a spectacular hit," said Hyndman. "Dribbling at full speed, looking up and seeing the goalie on top of the box, and striking the ball while he is moving forward is very difficult."

So here it is in full-motion.