To say that this was a big day for Major League Soccer may be an understatement. Tuesday morning the league announced their 20th club that will begin play in 2015. Owned by both EPL giants Manchester City and MLB's New York Yankees, the club will be called New York City FC.

"We proudly welcome two of the most prestigious professional global sports organizations to Major League Soccer," Garber said in a statement released by the league. "This is a transformational development that will elevate the league to new heights in this country. The New York area is home to more than 19 million people, and we look forward to an intense crosstown rivalry between New York City Football Club and the New York Red Bulls that will captivate this great city."

It is a huge deal for the league as it means a balanced 20 club league will be here for us all to enjoy. While the schedule will likely still be a tad unbalanced - meaning clubs won't play one another twice in a season - the conferences should even out. 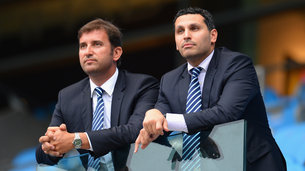 Get all the facts and figures about the NYC expansion for 2015.

Yes, that means the Houston Dynamo should be returning to the same conference that your FC Dallas club is currently in. Those who don't remember, the Dynamo were moved to the Eastern Conference at the start of the 2011 season when the league expanded to Portland and Vancouver.

With the new club forming in 2015 in New York City, that should mean that the Dynamo will get moved back to the Western Conference to balance things out.

While nothing is official this should mean that the Texas Derby will once again get a little extra love and attention that it needs to progress in MLS. Having 20 clubs in the league will mean that Houston and Dallas should play more than once in a season like we have seen over the last couple of years. If the schedule is balanced, that means two games, if it isn't balanced then we'll possibly see three games.

Either way, this is a good thing for MLS and the two clubs.

What do you all think of the Texas Derby getting a potential extra game starting in 2015? Also, what's your take on NYCFC?