The homegrown product sees his first big minutes of 2013.

Share All sharing options for: Looking at London Woodberry's 45 Minutes Against Toronto

It probably was never the way London Woodberry imagined his first big minutes of his professional career. FC Dallas was up 1-0 on the road at Toronto FC, and the Homegrown product was asked a tall task for any young player; enter a big road game at halftime.

Woodberry got his first minutes a couple weeks ago against Real Salt Lake but that was in a late game situation when the three points were already a given for FC Dallas. On Saturday in Toronto, the game still had a lot left to be decided.

Defender George John had to leave the game at halftime due to a possible concussion, which left Schellas Hyndman with a tough decision. Put in someone like Bobby Warshaw or Je-Vaughn Watson to the midfield and have Andrew Jacobson move into the defense or do the right thing and give a young defender like Woodberry the minutes.

More: For more on George John's injury, here is the latest update

As we know, Hyndman went with the latter of the two.

The game as we also know ended 2-2 after FC Dallas went up 2-0 thanks to goals from Jacobson and Blas Perez. The frantic final minutes that saw Toronto come back were in large part due to some aggressive play on Toronto's part and thanks to a rocket of a shot from defender Darel Russell.

But how did Woodberry figure into all of this? Looking back on the second half last night I noticed him only a few times on the ball. Judging by his chalkboard stats, he didn't see a ton of the ball but when he did it was mostly positive.

He committed no fouls, for a young player that is a good sign of things to come.

As you'll see, he was three of six in his passing. The passes that went wrong were long balls played forward. Something we've seen out of the Dallas defense this year when they turn the ball over. The passes that were good, were short. 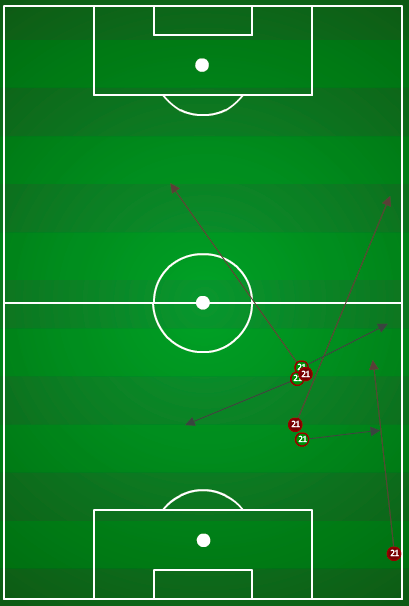 Defensively he was good too. On the day he has one interception (black mark) and four clearances (green mark). 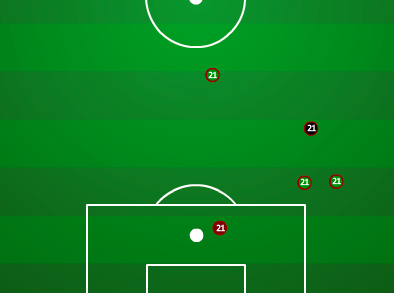 Again, good, not great but definitely not bad either.

The last part of this, I wanted to take a look at the first Toronto goal - scored by Justin Braun - the one that Matt Hedges and Raul Fernandez had issues with. Looking at this play, it was a total break down in communication by the defense.

This was a play that Woodberry probably got caught out in as he could have easily picked up Braun running into the box. This was a communication issue between he and Hedges. Neither found Braun and we know what happened from there.

If you follow the play, you'll see that Woodberry just gets caught ball watching while Hedges and Fernandez go for the ball. Dallas had numbers in the box to deal with this cross but in the end, no one found Braun while the communication issue between the keeper and the defender also didn't help.

Thankfully this is positional stuff that Woodberry and the rest of the team can and will be working on.

Overall, Woodberry had a decent 45 minutes of play on the day. He was good when needed on the ball and didn't give up a ton to the Toronto attack.

Hopefully we'll be able to see more of Woodberry this season. He is still an exciting young player to have on this team and is definitely a good depth piece to have right now.

What did you make of Woodberry's first real outing with the club?