Extending Zach Loyd's Contract: How Much Will It Cost?

FC Dallas has enjoyed the services of a very proficient right back since early 2010. What is going to happen when his contract expires?

Share All sharing options for: Extending Zach Loyd's Contract: How Much Will It Cost?

It has been a very successful partnership, one that so far has yielded a trip to the MLS Cup final, a few national team camp invitations, and a name written in permanent ink in the starting lineup every week.

When Zach Loyd was first signed out of the 2010 MLS SuperDraft, no one knew exactly how he would pan out. First round picks are no guarantee of quality, though hopes were high. He impressed in preseason training and as a result got his first start just one game into the season when the Columbus Crew visited Dallas. The rest is history, and Hoops fans have been blessed with an athletic phenom (and a tireless worker) patrolling the right flank ever since.

And all that could very well end this season as Loyd´s contract is expected to expire at the of this year.

Can FC Dallas afford to let him go? Loyd's effect on cementing the Hoops' back line cannot be understated. He consistently tests as one of the fittest players in the entire league, his crossing has markedly improved since his arrival, and his work rate on the ball is second to none. Once Loyd recovers the ball he is almost impossible to dispossess, a lesson that Houston learned all too well during the rivalry match last month. Seeing him strip an attacker of possession during a dangerous attack and then sprint forward to ignite a counter is not unusual.

His incredible athleticism provides cover should he be exposed while going forward, as his speed and stamina allow him to recover quickly, making it possible to have him be involved in the attack while minimizing exposure. Those overlapping runs he is seen making are a big part of FC Dallas' offensive strategy, and Loyd has helped make that possible.

What do other players in comparable positions and skill make with their respective teams?

As you can see, Loyd is by far the cheapest performer at his level of play which is something that will definitely change next season. Taking into account the amount of money paid out to his peers, there is no scenario I can envision where Loyd makes less than $110,000 in base salary next year.

He is no longer an unproven rookie and in fact is usually recognized as one of the best right backs in the league. His young age also provides peace of mind regarding any potential injuries to his tendons, joints, or muscles. Those factors coupled with his low salary will combine to earn him a rather princely raise, one that FC Dallas will have to offer to prevent Loyd from going into the MLS Re-Entry Draft.

It's all speculation as to whether Loyd would be willing to jump into the Re-Entry Draft. The downside to the Re-Entry Draft is that it allows teams he might not want to play for grab him up for an exclusive negotiating window during which his leverage is somewhat lessened.

The upside to the Re-Entry Draft is that one must never underestimate the allure of money to players. Money is a remarkably underrated factor to many supporters, because to fans loyalty is paramount and dollars are second. It's a bit unfair for fans to see athletes as selfish and disloyal money-grubbers, but we have all been guilty of it at one point or another.

MLS players don't make a fortune compared to most top leagues. Those athletes have a tiny window in their lives during which to earn as much as possible. It makes perfect sense to go for the big fat paycheck, even if it's with an inferior team, in the interest of helping them secure a stable future for them and their families. After all, with most MLS teams it's more a matter of who couldn't use Loyd on their team rather than who could. As a player with MLS Cup and national team experience, there will be no shortage of suitors willing to back up a Brinks truck to Loyd's front step and ask him "how much?" 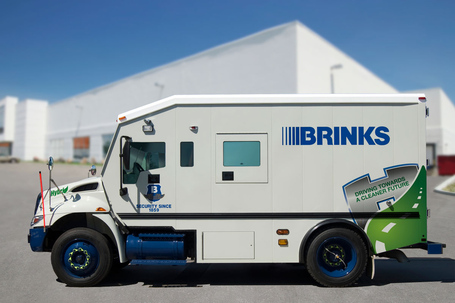 Above: Seattle, LA and New York have this.

Not all is bleak salary-wise though, as a small hometown discount is not unheard of for players. Some of the best stars in their respective leagues (Dirk Nowitzki for example) do sometimes stay in their current team for slightly less than they could have acquired in the open market. Loyd is originally from Oklahoma and has plenty of relatives nearby, an important factor for a family man like him. He also speaks very highly of FC Dallas' facilities, their crew and his teammates and has greatly enjoyed his time here. He doesn't have to prove himself on this team and is comfortable with the system in place.

Negotiations will have to begin at some point this season if they haven't already, and Fernando Clavijo will have to figure out a way to keep the impact on the salary cap minimal. There isn't much room there at all, and adding more salary to it could get tricky. Tough as it may be to consider, I'm sure most will agree that Loyd has earned his raise. He will be beholden to no one, be it FC Dallas or its fans, when the time comes for him to make his decision.

Regardless of how it plays out, here's to hoping for many more years of the former Tar Heel cutting up grass on the right flank for FCD.