The Undisputed Leaders of the West

The LA Galaxy have been defeated, and Dallas stand alone atop the standings.

Share All sharing options for: The Undisputed Leaders of the West

In the biggest match of the season and on the biggest broadcast stage MLS has to offer, FC Dallas struck down the LA Galaxy. With the reigning champions walking defeated off the field, the Hoops plunged their bull-bearing standard into the summit of Mount Soccer and laid claim the title of "Undisputed Leaders of The West".

Going into the game, the two major questions were concerning the Galaxy's fitness and whether or not FC Dallas were "for real". The first half was a relatively quiet affair, but the second half had fans of both teams on the edge of their seats, spilling beer and coke, swearing and yelling and grabbing their hair all in equal measure.

If you by any chance missed it, read Drew's recap from last night here. 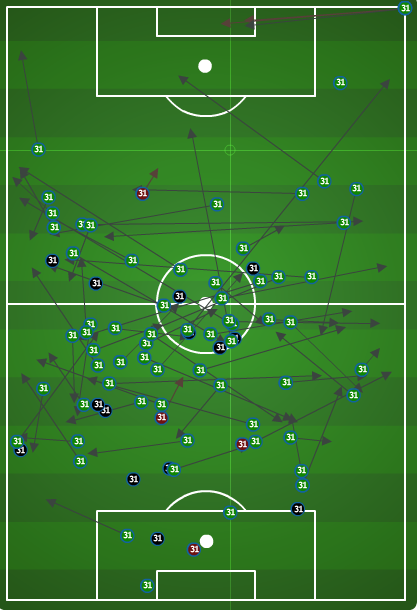 Yes, Los Angeles was missing Robbie Keane, but they did field a pretty strong squad and fought furiously after going down a man. The Galaxy did not exactly roll over and give up on the game, and teams down a man usually fight back with intensity. The Galaxy faithful can roll out some standard excuses: LA had tired legs from a strong CCL showing, they had a red card (fairly issued) to Leonardo and Robbie Keane was absent, but none of that matters as of right now.

Dallas won on national television, shutting out and defeating the two time MLS Cup champions in a dramatic, late-game fashion that made for great TV and even better sports drama.

Today, Dallas is the best team in the league, and all us fans can say that with authority.