Share All sharing options for: Scratching the Chalkboard: FC Dallas vs Colorado Rapids

So there's not a whole lot of time to do a full fledged OPTA study of Saturday night's game(and frankly it's some ugly reading), but I wanted to highlight a few things I thought were very interesting that I found from pouring over the OPTA Chalkboard from the win over Colorado. 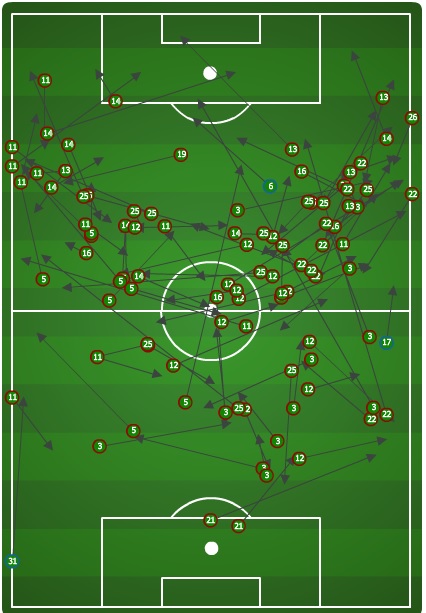 I'm not telling anyone things we don't know, but the midfield of Hendry Thomas, Pablo Mastroeni and Dillon Powers were allowed to do anything they wanted to on Saturday night. 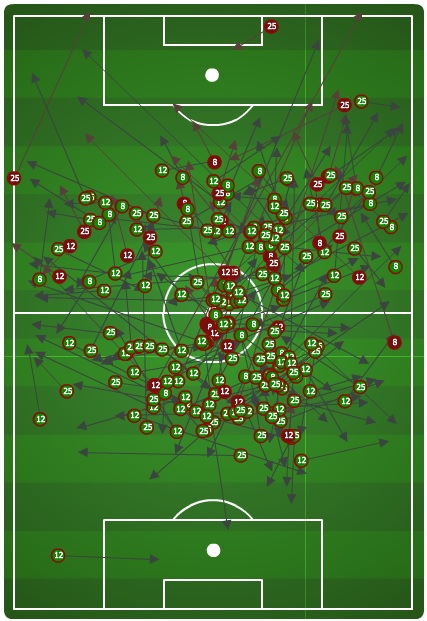 176 completed passes, 33 unsuccessful passes...though it should be noted out of those 176 passes, only 3 of them were "key passes" which are passes that lead to a goal scoring opportunity.

Contrast that trio with the passing chart for the pair of Andrew Jacobson and Je-Vaughn Watson. 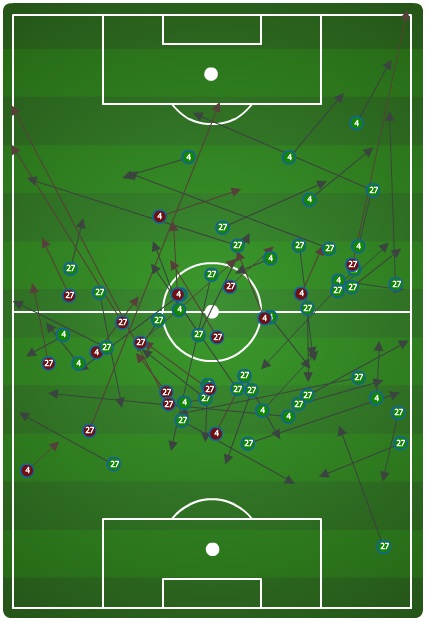 Hmmm...now it should be noted that FCD is not really a possession-style team that likes to hold the ball for long times, they're more of a quick counter attack team so there's never going to be huge passing numbers, but Jacobson/Watson completed only 46 passes, had 18 unsuccessful passes and 1 key pass combined.

The positive I took from the Opta Chalkboard? 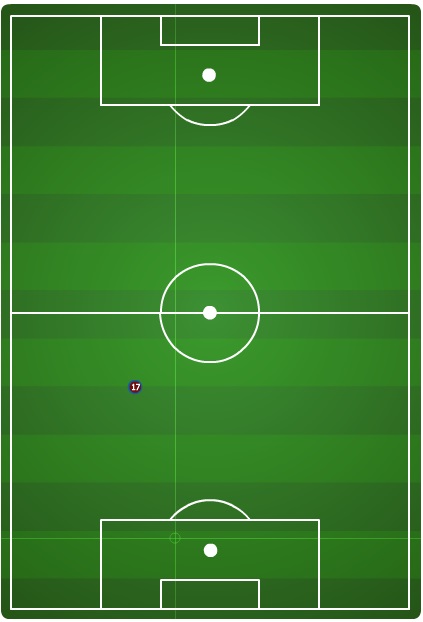 What's that? That's the fouls conceded by FC Dallas defenders on Saturday night. Exactly one that was far from goal and conceded in the 27th minute. While FCD was poor offensively and in possesion, the fact remains that they didn't do the things on Saturday that get you beat. They didn't give up silly fouls, and they only conceded four corner kicks, three of those when Dallas was majorly under the kosh in the last five minutes of the game.

When you don't do the things that cause you to lose games, all it takes is one mistake by the opposition to give you three points. It's not a sustainable thing for the whole season, but for the first game of the year, you take it and move on.