With a fully functioning set of internal organs, I present to you the matches I am most excited to take in during the next few days.

After a 13 day hiatus, I have returned to once again predict results that of course will not go the way I say they will. Where's the fun in not sticking your neck out though? Here are the games that I am most interested in this week.

Earlier in the offseason, I bagged on the Quebecian outfit for hiring Marco Schällibaum, saying he was far too inexperienced. The curse of the commentator has struck, at least for now, because Montreal are rolling. Their early season success hasn't exactly been against gimpy teams either, with Seattle and new-look Portland being promptly dispatched by the Impact. This one has the potential to be exciting, if nothing else than to see how well Montreal can handle the pressure of being #1 in so many power rankings. Their strong defense performances have impressed, but they will be missing Alessandro Nesta for the upcoming tilt against NY, and as the anchor of his defense, his leadership and skill will be sorely missed.

While Montreal are not even close to being the best team in the league, there's no denying those results. They have been playing some effective soccer, and with New York stumbling out of the gates, these are three points that can be had.

New York might have something to say about that though. I don't think they want to open the season on a four game winless streak...

Seattle is a team that, much like the Red Bulls, would like to avoid a slow start if at all possible. After a disappointing draw at home against the Portland Timbers and being embarrassed by the Impact on opening day, the Sounders could use a road win against the Quakes. Seattle does have their shiny new toy, Obafemi Martins, who they hope will help them forget their Montero-related woes

A win is still possible for the Sounders, road game or no, as San Jose's injury list looks more like a passenger manifest than the usual, 3-4 name injury report. Last season saw a lot of Earthquakes fans blow off FC Dallas' injury situation, but perhaps this butchered roster of theirs will teach them a bit of sympathy. A good performance last week resulted in a solid away draw at Columbus, which will give the Quakes some strength as they hope to fend off the hungry Sounders. These are the very same Sounders that beat Tigres not long ago, so this isn't a team that is reeling, despite their league form. The Sounders are still very capable of dispatching an hobbled team like San Jose.

Despite my incessant criticism of Chivas' strategy (or lack thereof), Chelis seems to have his boys believing in themselves. If the Mighty Ducks taught me anything, it's that if you work hard, believe in yourself (and are hispanic... or was it Minnesotan?) you can overcome glaring faults that would cripple less zealous teams. While the Goats have earned some mild plaudits for battling back against a listless LA Galaxy and a disorganized FC Dallas, they have yet to be truly tested, and the struggling Fire aren't much of a real measuring stick.

Jeff Larentowicz hasn't wowed in Chicago just yet, and the Fire can't score goals to save their lives. Just how bad is their scoring drought? The Chicago Fire have yet to score a single goal this season. Now, Chivas' defense isn't much to look at, but Dan "The Panther" Kennedy is as good a keeper as you'll find, so it is entirely possible the Fire could go without scoring yet again.

If you think about it though, there isn't much Dan Kennedy can do when his defense constantly leaves him hanging. Chivas' GA numbers aren't pretty, especially if you include friendlies. In four games they have conceded eight goals. 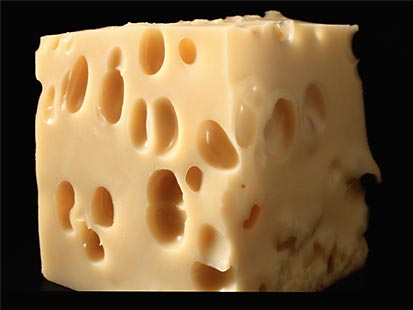 Pictured above: The Chivas USA defense

This is going to be a game in which one team tries their hardest to be scored on, and the other tries their best to fluff all the chances that come their way.

Can the Chivas experiment succeed? If they lose against the Fire it will be one more step in the wrong direction.

Have any predictions of your own for these games or any others? I did not want to predict anything for tomorrow's big USMNT game. There is too much at stake for a potential jinx to ruin things...