Just throwing out a hair-brained formation

Share All sharing options for: A Crazy Formation Idea

I alluded to it in my last post and in musing about Richard Farley's post and comments about formation, I'm left with a thought that is probably better discussed over beers in the pub rather than on a website, but none of you are coming to Portland with me. 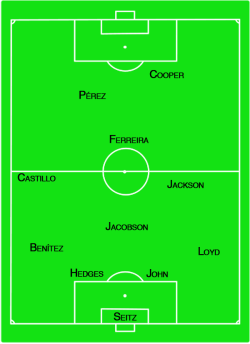 And this is the formation that Farley proposes moving to that he says would be more effective. 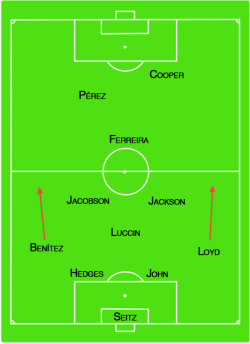 It's definitely an interesting shout and the thought of bringing Castillo off the bench as a super sub isn't a crazy one, but what about an even more hair-brained scheme. A move to a 3-5-2. 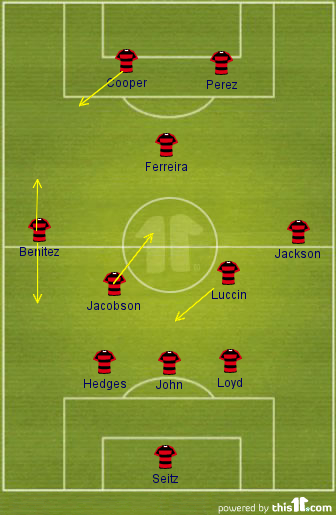 That one's pretty out there eh? I don't worry much about the trio of center backs, though the wings could get exploited. FC Dallas would probably win the midfield battle in this one, but there are certainly draw backs. Really just throwing this out there because why not?