Over the next week, FC Dallas takes part in the Portland Preseason Tournament for the first time. This tournament will be priceless in giving us an inside view of what kind of lineups Schellas Hyndman will throw out there as well as if any or all of the pre-season non-roster players are ready to sign a contract with FC Dallas. I've heard conflicting things on whether each game will be streamed. We know that the game against Portland on Wednesday night will be streamed, but the AIK and San Jose games are up in the air. I'll be there for the last two games, but you can keep your fingers crossed. 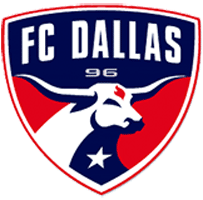 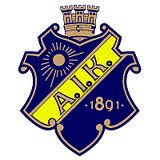 Founded as a soccer club in 1896, AIK has spent 84 seasons in the Swedish top flight, the most of any club, and have won five Allsvenskan championships, the most recent coming in 2009.

The team from Stockholm finished fourth in the 2012 Allsvenskan, just two points out of second place. The name you may recognize from their roster is Costa Rican midfielder Celso Borges who led them in goals in the 2012 campaign with eight. They'll begin their 2013 Allsvenskan season, the 89th time the Swedish championship has been contested, on March 31.