Lots of news from an FC Dallas cameo practice in Frisco

FC Dallas makes a quick cameo in Frisco this week in between trips to Cancun and Portland. They practiced this morning in Frisco on what was a chilly morning that turned into a brilliantly sunny and warm afternoon. Some notes and some observations from practice. I'll have some quotes tomorrow. Also be sure to read my report on George John from today's practice updating his fitness as he returns from offseason ankle surgery.

Ryuta Sasaki is gone - The Japanese trialist was not there today and I presume we won't be seeing him again in Frisco.

Eric Hassli is in Canada - Don't worry, the big striker is back in Canada simply to work out his US visa. Some may not realize that despite playing in MLS, he hasn't actually played for an American team so it's a formality he needs to work out. He will join the team in Portland.

Ryan Hollingshead was here today - A very interesting development saw Hollingshead walk out with Fernando Clavijo early in practice. After chatting with Clavijo for awhile, he talked with Walker Zimmerman for most of practice before joining the team-wide breakdown at the end. It's very clear he's not signed and at this point I wouldn't expect him to sign with the team given some things I've heard, but you never know. Whatever choice he makes is a great one.

Supplemental Picks Still Here - Cam Wilder, TJ Nelson and Kyle Zobeck are still here and that's good news for them. Schellas noted after practice that it could be a numbers game that they get caught up in. Given the dearth of talent on the wings, you'd think that Wilder might have an outside shot at making things if he can play well in Portland while Zobeck seems very likely to make the team with the need for a fourth GK...Michel is still here and Ramon Nunez rehabbed on the side as well.

George John, Matt Hedges and Stephen Keel training fully - All good news to note that all three trained and looked good. I'd expect all three should play a big part in the Portland trip.

Mickael Tavarez is in camp - So this is a pretty interesting development. French born, Senegalese international Mickael Tavarez is in as a trialist with FC Dallas. You can check the wikipedia to see his background, but the resume is pretty good for sure. This move also indicates that Peter Luccin's situation is pretty serious. You can read more about that here.

Jacobson Mohawk - is back

FCD started with the two-touch small sided game they'll do with small goals on each of the wings as well. Jon Top had a nice steal of Tavarez and goal to win the game for his team.

After that, they moved to a very entertaining 1v1 drill where the defender heads a cross out to an attacker who goes at the defender 1v1. Andrew Jacobson scored the most goals from this as I can recall while Bobby Warshaw and George John looked great on the drill(though AJ did make John look silly once).

After that it was some crossing drills before the dreaded tunnel of love fitness drill. You know Kenny Cooper is back because there was a player staying out about 45 minutes after practice was over.

Full Squad - Schellas remarked to the media how it was great to have a full squad and that wasn't counting Eric Hassli or Peter Luccin. With the three top central defenders back, it really does become a relatively full team that is just missing a little bit in the middle and on the wings but overall very strong.

Size - Something you really notice about this team is the size. When you think of attacking free kicks, FCD has players well over 6 feet tall in Cooper, Hassli, Blas Perez, Jacobson, John, and Hedges. Schellas compared it to Houston's size and said they just need to find their Brad Davis.

Tavares - It's early and completely unfair to judge a player off one practice session but I wasn't overly impressed. He had a really bad giveaway that led to the winning goal in the first drill and got scored on a couple times in 1v1. He's got good size and range though and given the drills they ran today, I wasn't able to see what kind of passing game he has. Jury is still out.

Kenny Cooper - What can you say about the guy? He looks great in training and he's just immensely happy to be here. I had a nice little chat with his father as well who mentioned how hard FC Dallas worked to get him and how happy he was to(hopefully) have some stability in his life again after three clubs in three years. Does he ever play for another club the rest of his career?

Seitz - Portland will tell us a lot more, but if I was making the decision, Chris Seitz is the opening day starter. He's playing out of his mind right now, just so sharp and in great shape. Fernandez was a big name signing and he didn't come here to sit on the bench, but for me it's all down to who plays best in Portland and my money is on Seitz.

Much more to come...Just three days until the Portland tournament starts and just 17 days until First Kick.

Some pictures I snapped: 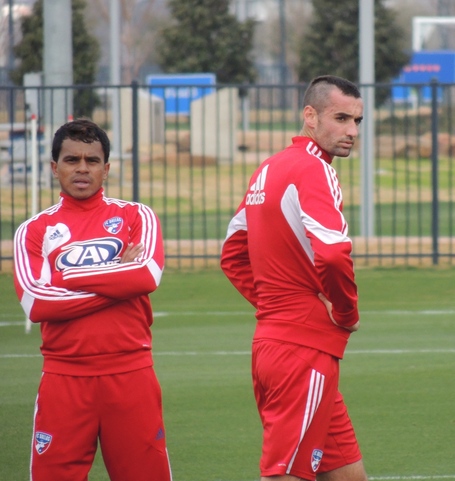 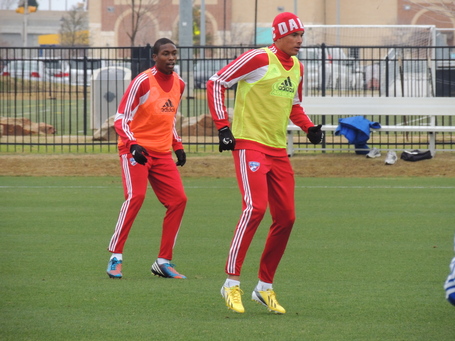 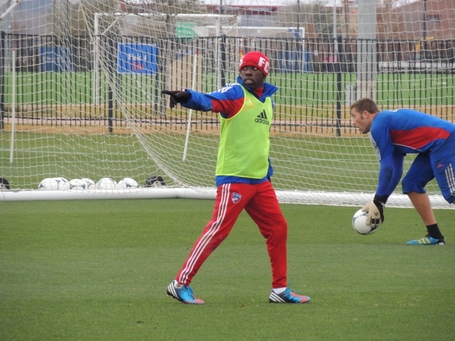 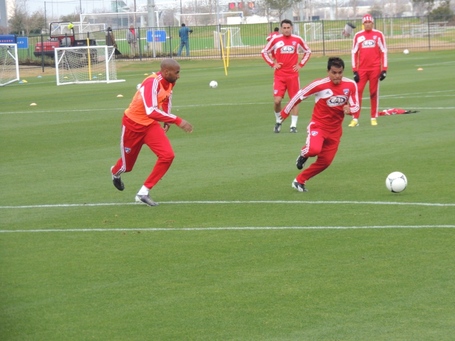 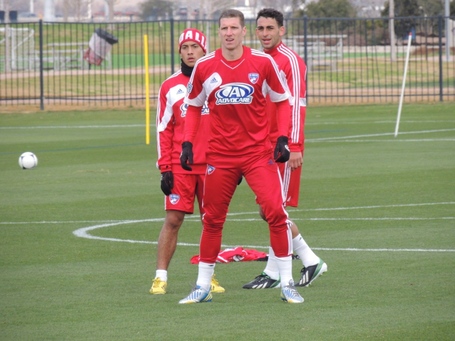 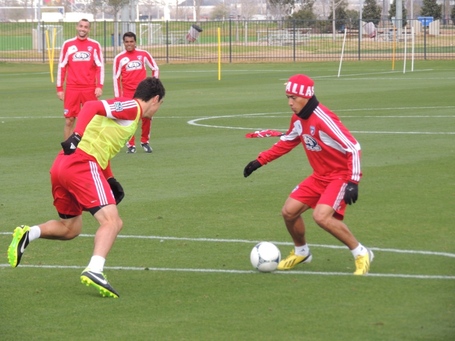 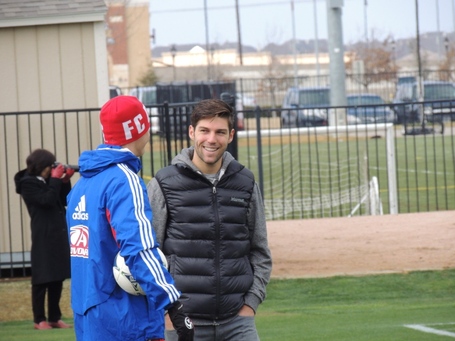