A few FCD notes along with some national team talk.

The season may be over but there's plenty of news to discuss, other than the coaching search of course.

While the senior team may be taking their off season hiatus, the Academy teams are running strong. Daniel Roberston has the Week 5 Academy Team Update right now on FCDallas.com.

The busiest two-week stretch of the season featuring four games in nine days for the Academy wrapped up last weekend with some fantastic matches against Texas Rush and the Colorado Rapids.

The Academy kept up its hot start with seven of the 8 Academy Teams playing came away with points at the end of the day. A successful weekend by anyone's measurement. Keep up the good work Baby Hoops!

Many FCD fans have mixed feelings on 2013 addition Michel and his performance this year. Michel's feelings on his time at FCD so far are much less mixed. Michel sat down with Daniel Robertson to talk about this past year and what his time at FCD has meant to him.

The Brazilian’s trademark whipped in free kicks, corner kicks and crosses became a staple of FC Dallas games at Toyota Stadium in 2013 and after scoring the second goal of FCD’s home finale 2-0 win over Seattle Sounders FC, Michel pulled off his shirt and bowed to it, according to him a display of gratitude for a happy year in Texas.

"It’s hot here, but I like it. I feel at home here, the people, the staff and everything is very good here," said Michel. "The celebration was just to say thank you very much to FC Dallas who opened the door for me. All the year the fans treated me so well. They like me here and I like everything about FC Dallas."

The 32-year-old clearly has plenty left in the tank for another few years in Major League Soccer which he says is one of the most difficult leagues in the world to win, a goal he no doubt has in 2014.

With his 8 assists and 3 goals this season in 31 appearances Michel had a great year by most people's standards. While he had a second half of the year slump (and who didn't really?) no FC Dallas fan will ever forget this gem.

Michel may or may not be back next season as the next year of his contract with FC Dallas is an option year and the team has yet to confirm or deny Michel's involvement in the 2014 season. I personally hope the Brazilian is back in hoops next season. What do you guys think? Do you want Michel back?

As announced earlier in the year it is now time for Toyota Stadium to host the American Athletic Conference 2013 Tournament Semi finals and Final match and the nine team bracket has been set for the event. The games held at Toyota Stadium will be held on November 15th and 17th. Maggie Jones with FCDallas.com has the story.

Ticketmaster is offering a 2 Day Pass special right now. Head over to their website to grab your tickets now.

Many of us have wondered if Jurgen Klinsmann would call in MLS players currently in the playoffs to play in the US friendlies against Scotland and Austria. Originally he had said that wouldn't be calling in MLS players but yesterday he was singing a different tune. Charles Boehm has the story.

"Because MLS scheduled their playoffs with respect to our FIFA fixture dates, it’s basically working hand-in-hand," said the German-American boss in his latest expression of approval for the league's postseason calendar. "We’re going to bring the best players into Scotland and Austria no matter where they play. No matter if they play like Michael Bradley in Italy or the guys in the [English] Premier League, the Bundesliga or the guys in Liga MX in Mexico and MLS.

If he does end up calling guys like Donovan and Zusi I can't imagine coaches being too pleased at their starters having to make a transcontinental trip during the off weeks. Stay tuned to see how this one will play out.

It's crunch time for many US players abroad to make their case to Jurgen and his staff that they deserve to be on the plane to Brazil next summer. Goal.com writer Ives Galarcep (....) has the breakdown of American Abroad this weekend.

In the Netherlands, Aron Johannsson and AZ will have their hold on first place in the Eredivisie put to the test when the Cheese Farmers take on fourth-place Feyenoord. Only two points separate the clubs as the teams set to face off in Alkmaar, with Johannsson looking to break his own mini-goal scoring slump.

Sacha Kljestan had a rough week in UEFA Champions League, drawing a red card after registering an assist in Anderlecht’s draw against Paris St. Germain. The sixth-leading scorer in Belgium, Kljestan and Anderlecht face Genk on Sunday.

Michael Bradley and Roma dropped points for the first time all year last time out, but Bradley will look to hold onto his starting place when Roma faces Sassuolo on Sunday. Bradley started and went the full 90 minutes in the team’s draw against Torino.

A few of the American contingency played this past week in European competitions with some real success. Mike Prindiville at Pro Soccer Talk has the report on young American striker Terrance Boyd and his success in helping Rapid Wien tie up their match with Gent with a brace on Thursday.

Both of Boyd’s goals came on headers, the first in the 39th minute.

...Eight minutes later and Boyd had his brace, rising high and connecting on another unstoppable header off Christopher Trimmel’s well-flighted cross from the right side.

The double took Boyd’s Europa League goal-tally to three and 10 on the season.

Sacha Kljestan and Anderlecht had an eventful day on Wednesday as they took on PSG in the UEFA Champions League with Sacha assisting on Anderlecht's goal and also picking an unfortunate red card towards the end of the match for two yellow cards. Thomas Floyd at PST has the story.

Sacha Kljestan experienced the highs and lows of the beautiful game in a 14-minute span Tuesday, assisting a strike for Anderlecht before receiving his marching orders.

In the Belgian side's 1-1 draw at Paris Saint-Germain, the U.S. national team midfielder set up Demy de Zeeuw's opener in the 68th minute, then received a second yellow card for a handball in the 82nd minute.

Kljestan's assist came on a darting run down the left side of the penalty area, with the 28-year-old playing a low centering feed that de Zeeuw converted. But Kljestan was then sent off after he stuck out his elbow to stop a chipped pass from Javier Pastore some 40 yards from goal.

Mike Pridiville at PST reports that Kljestan had a rather funny verbal spar with PSG big man Zlatan Ibrahimovich during the game.

"After a perfectly normal challenge, Ibra turned to me and provoked me, making a joke about my mustache, saying: ‘That really is terrible.’" The incident made Kljestan laugh, "I responded by saying that he should think about his nose."

A decent comeback by 28-year-old but one that’s hardly needed when you’re married to Jamie Lee Darley, who – in case your Googling skills are failing you – is insanely hot. Like Victoria Secret hot. Literally.

Yeah neither one of these guys are doing bad in the wife department. 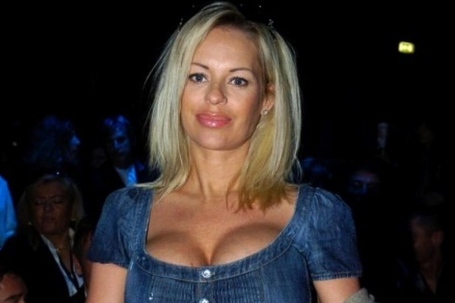 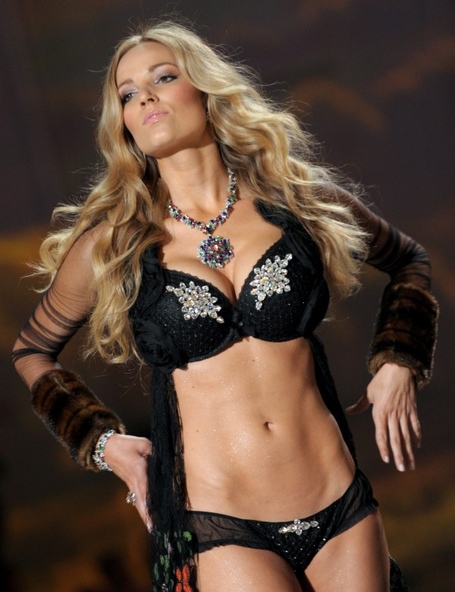 Yeah I think both guys will be just fine.

I want to leave you guys with the end of year Thank You video from FCDallas.com. As always thanks for stopping by and giving us a read.