An Open Letter to Oscar Pareja

Come back Oscar. It's better here.

Share All sharing options for: An Open Letter to Oscar Pareja

My name is Alfredo Cuvi. Perhaps you've heard of me? I am the single most soccer-savvy person on the 8th floor of the Regions Bank building in Nashville, and I have also led FC Dallas to not one, but two MLS Cups in Football Manager 13. My other qualifications include writing about soccer from my home computer, and having lived in England once for six months.

Given these extensive achievements to back up my request, I offer you some career advice that you would do well to heed.

FC Dallas needs a manager to take charge of things around here, and you are the right man to do it. You know most of the staff here, are familiar with the area, the owners, and the history of the team, and most importantly you helped build the foundation that the academy is built upon.

You have a good thing going in Colorado, and it's understandable that you may want to stay there to continue building your reputation as a smart and efficient manager. The fans like you, the media respects you, and the mountains are pretty.

Colorado may seem to be the ideal place for you, but let me outline the benefits of coaching in Dallas based on careful research*:

1) FC Dallas is sponsored by AdvoCare, a company that specializes in holistic health and nutritional supplements. As a show of good faith, rumor has it that AdvoCare has pledged to give you immortality if you come to coach the team they sponsor. Not metaphorical immortality either, but real, honest-to-goodness eternal life. It involves a recipe divulged to their chemists in a fever dream by an Incan monkey-spirit.

It would be silly to stay with Colorado when another team is offering you a chance to live to see the sure-to-be-excellent Fast and Furious 23.

2) You've probably already heard that Dan Hunt has negotiated a deal with Toyota to re-brand the stadium as "Toyota Stadium". With Toyota as a brand new sponsor, you will be able to sign their new line of Toyota Tundra™ trucks to work in the midfield. While Colorado has Dillon Powers, they do not have a 370 horsepower midfielder to terrify the opposition. You need an engine to run the midfield? Dallas has the resources to make it happen. 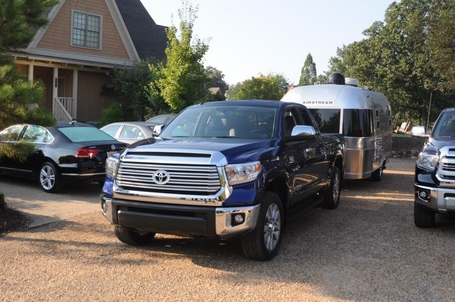 3) Have you ever been hungry right after, or during, an intense morning training session? That's no problem at all. There's a Subway, the Londoner, and any other number of lovely eateries right within walking distance. You might not think it appropriate to have a drink earlier than 11 in the morning. But after working with FCD's current midfield you may find yourself reconsidering this stance.

4) Did you know that Commerce City ranks highest in murder rate per capita in the United States? No less than one murder per every 10 citizens occurs there on a daily basis. Someone is probably being murdered right now. Frisco and Plano, on the other hand, are bastions of safety and civility. There hasn't been a murder or theft recorded in north Texas in over 49 years. That's a pretty nice figure to show any potential homeowner's insurance salesmen.

5) Do you want to live in the same area as the headquarter of the maker of the most delicious chip maker in the world? There's no better place to test unusual chip or soda products than the DFW metroplex!

6) Would you like a more pressure-free managing environment? This is the place for you! FCD is ignored by almost every facet of local media coverage. If you accidentally bungle a game and lose 6-0 to Chivas USA at home, the media would probably be too busy publishing a "Top 10 Things Tony Romo Had For Lunch" piece to notice!

All things considered, Mr. Pareja, you would benefit from a move back to Dallas. For the Londoner and Fritos if nothing else.

*Careful research may or may not include wishful thinking, massaging the truth, or outright fabrication.