Two matches in the next three days should make for good times for the MLS faithful.

Share All sharing options for: 2013 MLS Playoffs Preview: Knockout Round 1

Tonight, the second season officially begins. MLS teams will put their regular season behind them as they chase glory, gold, and a place in the Valhalla of American soccer.

There are many teams worth following for either the excitement of their play style, or for the sheer desire to see them win.

This is tasty, isn't it? The Sounders have been circling the toilet to end their season, but their ugly results don't tell the whole story. The Sounders have actually played pretty well in some of their losses, and their slate is wiped clean for the playoffs. Clint Dempsey finally snagged his first goal for the rave green, but Obafemi Martins is probably out injured (again).

Reality is a hard thing to deal with. The Sounders hit an all time high on the hype-o-meter right around the time they signed Deuce. They were riding a big win streak, their prospects looked good, and all other teams looked inferior except for maybe New York. Things have drastically changed since then.

The Rapids have emerged as the most lovable team in the league, while Seattle has crashed and burned in a rather spectacular way. Other than Montreal, it's hard to find a team going into the playoffs with less momentum. 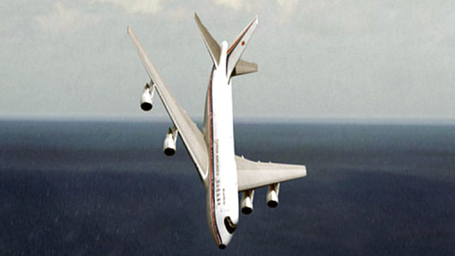 Above: Seattle's current form. Dempsey is the pilot.

How is Colorado going to fare? Well, on the surface things don't line up quite so well for the Rapids. The Rapids have a remarkably poor track record at Seattle, and despite their resurgence, history teachers us about the future as well as the past. They have been shut out for three consecutive road games, and it's very likely that Dillon Powers, Rookie Stud, will be out with concussion symptoms. They also gave up three goals in their last game, and didn't look particularly good losing.

Not all is grim though for Colorado. Gaby Torres is there now, giving the Rapids a presence they have lacked in their last playoff run in 2011, and the last time they played Seattle it resulted in a 5-1 win for Colorado. If the Rapids focus and play to their strengths, it's entirely possible for them to win this game.

For added interest, Silvio "Cage Match" Petrescu has been assigned to referee this game. In case you don't know, Petrescu has a well-earned reputation as a man who doesn't blow his whistle unless someone has been shanked on the field. When you consider that Adam Moffat, Osvaldo Alonso, Hendry Thomas and Anthony Wallace are on these rosters, it makes you wonder why PRO assigned this match to one of their most lax men. It wouldn't be a surprise to see the fouls turn from "tactical" to "attempted murder", and quickly.

Here's hoping some soccer will actually be played amidst the potential mess.

These two teams have both carved odd paths to the playoffs.

The Dynamo have been the very essence of mediocre this year. Their vaunted homefield advantage has effectively vanished, their wins have been infrequent and often ugly, and their tactics rely heavily on fouling and narrow play. In many ways they resemble Stoke, only less talented and more dependent on a single player. If the league was less forgiving, the Dynamo wouldn't even be in the playoffs.

Montreal has had as big a fall from grace as Seattle, but they're in a more troubled position. They lack the resilience Seattle has in terms of youth, and they have no history as a team in the MLS playoffs. As tough as they were to open out the year, they are equally poor now. While it's fun to bag on Houston, Montreal isn't in a much better spot right now. The difference maker is that based on their potential form, Montreal is a significantly better team than Houston. There is no doubt of that.

If Montreal play the way they are capable of, they can easily take care of the Dynamo. That depends on which Montreal show up though. Houston is mediocre, but they're consistent. The Impact are wildly inconsistent. This game will be determined by which version of the Impact shows up.

SB Nation Studios has made pretty great video about the MLS Playoffs. It's just a click away. Click, click, click! Encourage them to make more with your traffic! Also, it's a pretty neat video.