Changes loom as the team closes in on its final game of the 2013 season.

Share All sharing options for: A Clean Slate For 2014

The 2011-2013 seasons will be best remembered as three years worth of unfulfilled potential. The most frustrating aspect to consider is that while not many will argue that FC Dallas could have been in serious contention for the MLS Cup or the Supporter's Shield, it wouldn't be a stretch to say they should have at least made the playoffs.

In a league where it's technically harder to miss the playoffs than it is to make them, it's a big indictment of the team's handling. Luckily for Toros fans, 2014 will be a year with an enormous amount of changes. There is a real possibility that everything from personnel to tactics will be completely different when we see the Hoops take the field in a competitive match next season. What kind of changes could FC Dallas be potentially looking at?

- David Ferreira, this year's captain and the 2010 MVP, could be gone.

- Ugo Ihemelu will come off the books.

- Jackson could be gone.

- Andrew Jacobson could be gone.

- Zach Loyd could be gone.

- A new manager with fresh ideas could arrive and change the team's entire strategic outlook.

- A big signing could change the way the team is marketed.

- The mythical 4-4-2 could actually occur with regularity.

- Dan Hunt may, God willing, evolve into Lord Zedd and send monster after monster to attack the Portland Timbers and the Seattle Sounders in an attempt to destroy the pacific northwest, thus clearing an easier path to the playoffs for Dallas. 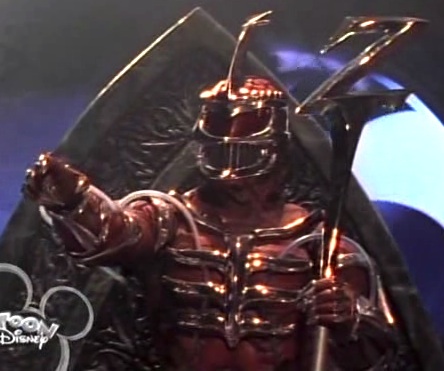 Pictured Above: Dan Hunt during a press conference in 2014. Hopefully.

It's very odd to see the season end after such an ugly collapse and actually feel like there are reasons to be cheerful. But that's exactly the case here, as the coaching change coming and the expiring contracts of a few players will allow the Hunts to seriously re-tool this team. There are no guarantees that this will actually come to pass, but the mere fact that financial and managerial freedom are available to this bunch is encouraging enough.

So much of the fun that comes with being a sports fan arises from the mental gymnastics that supporters engage in during the offseason. This winter could be the most team-transforming stretch of time the team has had since Hyndman bought Jair Benitez and David Ferreira. With David's money off the books, there is a great deal of potential for either lots of smart little purchases, or a couple of splashy and shiny ones.

Dallas will also enter their first full season with a brand new stadium sponsor, money that can be reinvested in the stadium itself, or in other ways to improve the infrastructure surrounding the team. Money that is freed up because of the stadium deal can then be used to improve salaries, buy a player, buy out a contract, or help pay an expensive coach. There are possibilities that didn't exist before, and no matter how you slice it that's a step above where this team was heading into 2013.

So what direction will the Hunts go in? Will they hire Fernando Clavijo to become the manager, thus keeping the tone that set up the past few years? Or will they go in a different route and hire someone completely out of left field?

Will they re-sign David Ferreira, Jackson, et al, or will they cut ties completely? Will they buy a big name player, or will they try their hand at bargain shopping and getting the most value for a limited number of dollars?

Will the youth players see significantly more playing time, or will the team once again rely on imports and league veterans?

Dan Hunt has dropped hints, and has even shown a few signs, that there is a change in philosophy coming to FC Dallas and its front office. While the Hunts might always value loyalty and longevity, there is a good chance that the team will be looking at other options in the future. The desire to win and be successful has been a key talking point for Dan, who has been vocal about his expectations for the team in the future. He can follow up on the managerial change with perhaps a look at someone other than Fernando Clavijo or by loosening the purse strings.

Previous presidents and managers have, at times, been more focused on growing the brand and expanding the business than they were about winning. Those decisions made sense at the time, but times are changing. While Dallas still needs to focus on the business side of things, it has finally reached the point where winning, and not just filling seats, will grow the team further.

Dallas is a winners' town. The DFW metroplex loves winners and ignores those who lose. Will FC Dallas be able to transform itself into a winner over the next few years, or will history repeat itself?

It's precisely because we don't know the answer to that question that this offseason should prove exciting.