Scratching the Chalkboard: Our First Look at the "Kitchen Sink" Offense

Share All sharing options for: Scratching the Chalkboard: Our First Look at the "Kitchen Sink" Offense

Remarkably, Saturday night against Vancouver was our very first look at what I like to call the "Kitchen Sink" offense where you have Blas up top with Shea on the left, Ferreira at attacking mid, Castillo on the right, Jackson sitting almost next to Ferreira and then de Guzman behind them to win the balls and pump them back it.

It's an attack that can be described as extremely formidable when firing on all cylinders. We got a 30 minute glimpse of it on Saturday, and here's a few things I caught from the Chalkboard on the last half hour of the match.

Disclaimer: Take everything with a grain of salt as Vancouver was beginning to drop deep and FCD was pressing like they wouldn't in most games, but I think this still has a lot of merit. 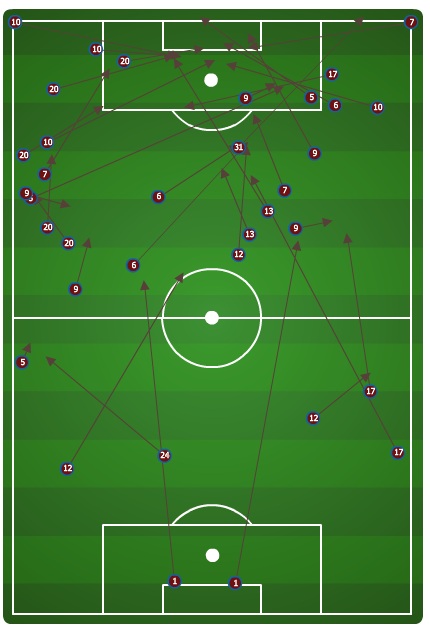 This is a chart of the unsuccessful passes for Dallas in the last 30 minutes. If you'll notice, they are almost exclusively on balls being sent into the box. When you don't turn the ball over, you can keep pumping it back in relentlessly which is what we saw from Dallas, especially in the last 15 minutes.

Defending up the pitch

When I look at the defending that each team did in the final 30 minutes, you can see a clear contrast between where the Dallas defensive plays are coming from and where the Vancouver Whitecaps were defending. 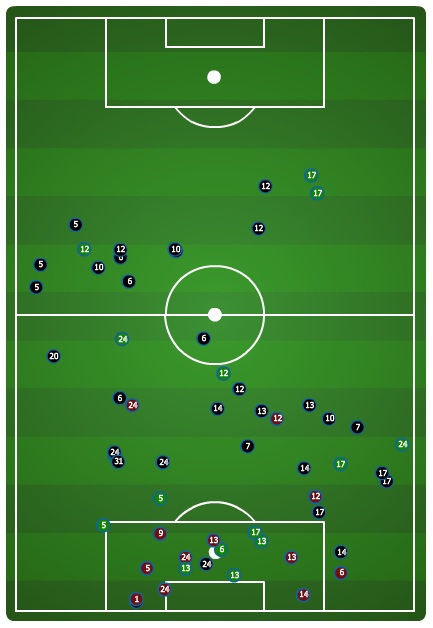 Now look at the Vancouver defending 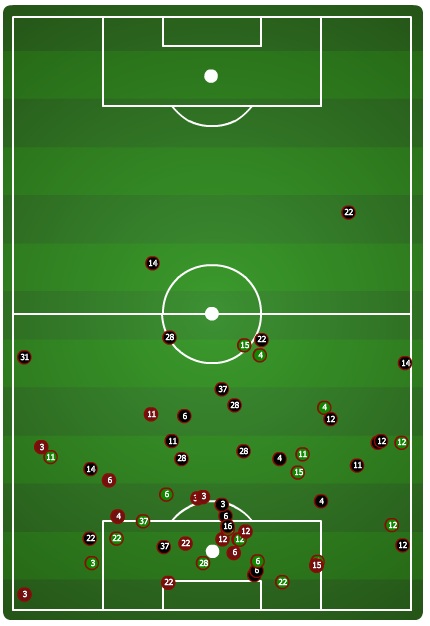 Boy that is really putting the Whitecaps "under the kosh" as the Brits would say. When you force so much pressure on them, the dam was bound to burst. Between Blas' "offside" goal, Castillo's golden chance blown about three minutes before JDG's goal and then the final goal, it really was almost death by attrition.

Also what you notice is guys like Ferreira, Benitez, Loyd and de Guzman's numbers popping up very high up the field showing just how much work the entire team was putting in.