This was the big day. Day three of the road trip and matchday as FC Dallas took on Portland in a rematch of the 5-0 game from a few weeks ago.

The day started off with a mid-morning trip to Irving St. Kitchen for some amazing breakfast/brunch. I had been with my gracious hosts for the whole trip so I decided to take the rest of the morning on my own and roam around Portland. 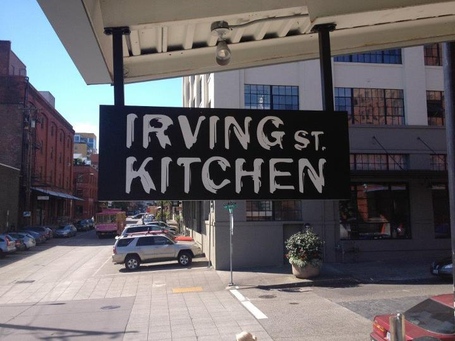 When you talk about roaming around most cities, you're looking at a 5-mile round trip jaunt that probably requires multiple stops on public transportation, but that really isn't the case in the Rose City. I'm a total Nike nerd so I had to take a trip to the Nike store in Portland and seeing how it was just getting to be 10am on Sunday, it was one of the only places that was really open.

I got a new t-shirt and headed towards the waterfront. The Orr's had scoffed at the Saturday market, something that goes on all weekend, every weekend, as a big gathering of hippies and weirdos and they were pretty much right. It was still pretty awesome to see everyone out and enjoying the day despite how hot it was for them. 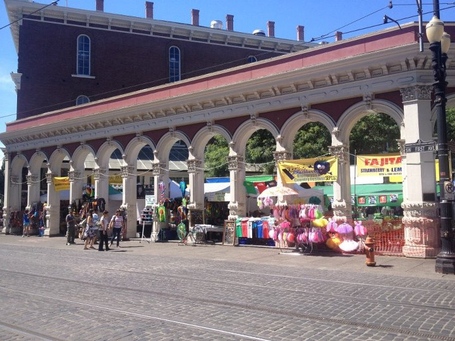 After getting some awesome peach tea, making a walk by Voodoo Doughnut and stopping at the Oregon Duck store for a t-shirt(yuck), it was getting to be 12:30 and seeing as we were planning on heading to the stadium around 2PM for the 4PM kickoff, I figured it was time to head back. The Orr's live kind of on the other side of town just a few blocks from the stadium so it was looking like public transportation was needed until I checked the route on my phone....1.1 miles....this city is pretty small. 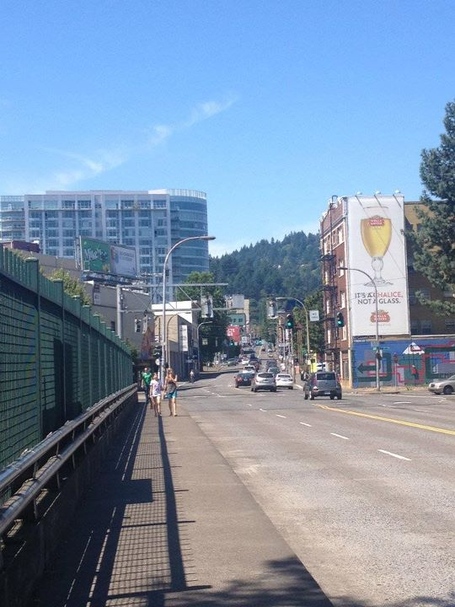 After the quick walk, I was smack in front of Jeld-Wen Field. I had been told that fans would already be lined up for the Timbers Army GA seats, but that wasn't really the case. I think everyone kind of stayed away until closer to the kickoff as 95 degrees is a furnace for them. I took a few pictures of the outside of the stadium as I knew I probably wouldn't get a chance to later. 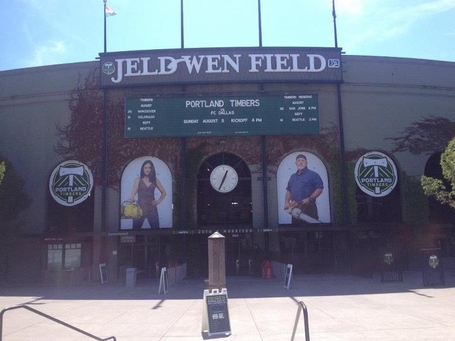 For me, there's almost nothing more excited than when you walk up the stairs into a stadium for the first time. Jeld-Wen Field definitely has an instant charm. The proximity of the seats to the field and the uniqueness and charm of the stadium is really unmatched in MLS. There's no doubt that there are better overall stadiums like LiveSTRONG Sporting Park and neat settings like PPL Park, but it's tough to match the charm of Jeld-Wen Field.

After buying a little bit of merchandise at their amazingly stocked pro shop that puts the one in Frisco to shame, I went up to the press box which is unique as well. Whereas in Frisco, and most stadiums I've been to, the press box sits behind the seats, at Jeld-Wen it juts out over the seats providing a view of the game that is almost literally on top of the action. 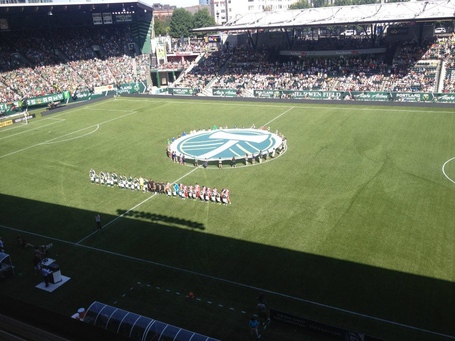 I'm not really going to talk much about the game, but their fans are just amazing. Nothing fake about it, Portland fans show up, there's no doubt about it. 5-game losing streak, hottest weekend of the year, Sunday afternoon kickoff...didn't matter. It was about 115 minutes of singing the same 5 or 6 songs with unreal choreography and passion.

When Sealy scored, it got quiet for about 2 minutes, then the red card happened and it was even louder than before. I will say that the atmosphere for FCD-SKC last year was probably more hostile, but the thing that is amazing about Portland is just how consistently loud it is. It never stops.

The game was a fantastic experience and a trip every MLS fan should make. 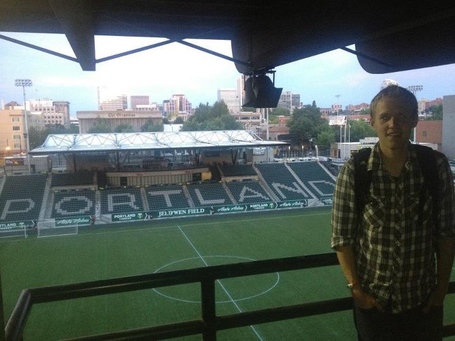 After the game, there was the obvious paying work that had to be done and we didn't get out of there until a couple hours after the game. We shared a couple beers at a local spot and headed home with an early flight in the morning.

On Monday morning, I arrived to the amusement of flying the Portland Timbers branded plane to my stopover in Vegas. 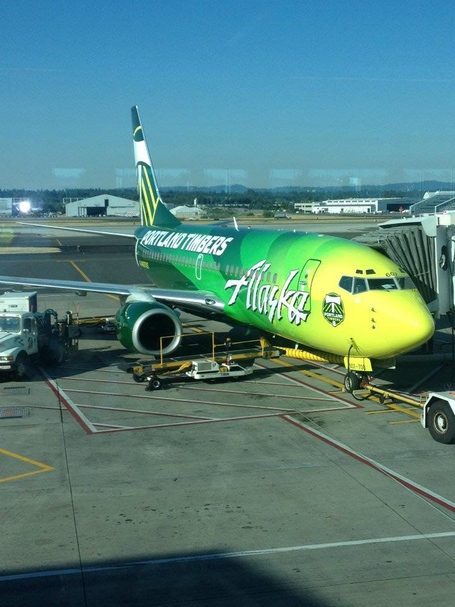 In Vegas, I was forced to get on the plane as the USA-CAN match went to overtime, much to my disgust, and had about 15 texts upon landing in Dallas. I picked up the cat from the in-laws and it was back to work at the desk job on Tuesday morning.

Thanks for reading the travel log! If you want to see my full photo album from the trip, click here.