My apologies for not being able to update as much this week, but yesterday morning I embarked on my yearly FC Dallas road trip, picking Portland as my destination for 2012. Like many of you, I've wanted to experience the magic of Jeld-Wen Field first hand and with my wife out of town for a couple weeks, this was the perfect opportunity.

I was lucky enough to get my flight paid for on miles and the great Michael Orr was kind enough to put me up in his humble abode for the weekend, so the trip shaped up pretty nicely from a financial standpoint.

Despite the game being on Sunday, I decided to leave early on Friday as with FCD quickly leaving town after practice, it just made more sense this way and I could have a significant amount of time on Friday afternoon to explore the Rose City.

I embarked from DFW at 9:45a headed for my stopover in Las Vegas, wearing my slick new green Germany 3rd kit and the man sitting next to me on the plane instantly struck up a soccer conversation. Amazingly, he was an FC Dallas season ticket holder who really knew what he was talking about in regards to the team and the flight went by in what felt like about 10 minutes as we chatted about the team and soccer in general. 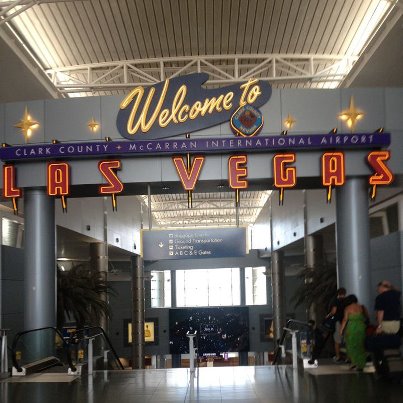 I had a couple quick hours in Vegas that I killed by writing my MLS article for Friday and doing a quick appearance on Michael's Soccer Made in Portland podcast.

The flight to Portland on Alaska Airlines was uneventful and I was out into the PDX airport where I ran into Schellas and goalkeeper coach Drew Keeshan grabbing some Starbucks. From there I hopped on the MAX (Portland light rail system) to head into town.

After about a 40 minute trip, I was at the stop closest to Michael which is also a stop basically right across the street from Jeld-Wen Field. It's really amazing how you can look into the stadium and see so much, though you can't see the pitch. The Multnomah Athletic Club, a famous and hoity-toity club in Portland, is sort of attached to one side of the stadium and you can almost see right down on the field from their basketball court. Pretty slick. 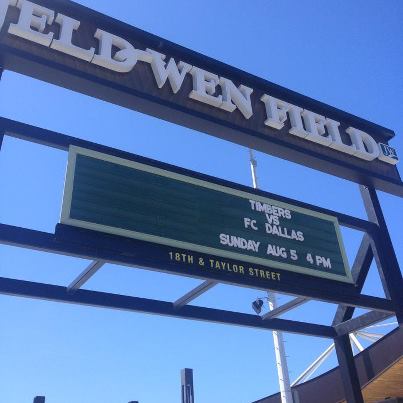 The crazy thing about Portland this weekend is it's basically their hottest weekend of the year. While the low-90s temperatures on Friday were certainly a nice reprieve from the triple-digit heat of Texas, it's still not quite 100% comfortable because almost nowhere has air conditioning. Normally it is mid-70s around now.

After some rest and a quick podcast with Neil at Backpage Football(you should give this one a listen, I think you'll enjoy it, we even talk Ronnie O'Brien!), we headed to the other side of Portland(less than 5 miles away) for some Thai food. I'm kind of a scared eater so I'd never really had Thai before and while this was kind of an American bastardized version of it, I certainly enjoyed it.

We dropped Michael's awesome wife Morgan back at the apartment and hopped on the bikes(everyone bikes around town here, it's fantastic) to hit the pubs.

Drinking beer in Portland is absolutely an art. You DO NOT order a cheap beer here unless you want to stick out worse than a hooker in church. And why would you order something lame when there's literally dozens of microbrew options at every place you go.

We met up with a couple other guys and first stopped at a place called Bailey's Taproom. This place had their beer menu on a huge flat screen behind the counter and there was a daunting number of choices. I wanted to start out light so I ordered a delicious blonde while Michael got a Upright Alt.

From there we went to some names you may recognize, the first of which being the Deschutes Brewery. This place was a little more corporate and less hole-in-the-wall than Bailey's was, but it was Deschutes on tap and how can you argue with that?

I went with the Twilight Summer Ale which was probably my favorite beer of the evening. I'm more of a lighter beer kind of guy and this one certainly hit the spot for what was becoming a super-comfortable evening with temperatures in the 70s. At the Deschutes Brewery, they had the Olympics on and we saw both Missy Franklin and Michael Phelps take home gold medals so that was pretty awesome as since I'd been traveling all day, the results were a mystery to me.

From there we moved on to the Rouge Ales Brewery, another name you may be familiar with, though this one had a bit more Portlandy feel to it. Here we had Captain Sig's Northwestern Ale which was just fantastic and some great conversation. The highlight was a probably-drunk fellow with a possibly faked Canadian accent trying to argue some clown on the Canadiens could beat up Zdeno Chara....I'm no puck expert, but he was nuts.

A little after midnight we went out separate ways, though biking back to Michael's place with a few strong beers in me had me a little bit nervous.

My first impressions of Portland were just amazing. On every street it seems like there's some hole in the wall restaurant or pub that looks really good and Portlandians are fiercely loyal to their local establishments. You see almost none of the traditional brands that pepper every street corner in the DFW area and if you like fast food joints you can pretty much forget about it.

The people are certainly tatted and pierced up like you'd expect, but it obviously completely fits and everyone has their own style it seems. It's amazingly refreshing to the cookie cutter girls and guys you see when you go out in the Dallas area, though maybe I'm just going to the wrong spots.

The city is SUPER compact and a five mile drive is a major trek for these people(imagine that).

Speaking of major treks, today in Portland we went out to Mount Hood and ate some fantastic ice cream. I'll write about that tomorrow...oh and the game. We'll have the pre-game, in-game and all that...dont you worry. DTID