Scratching the Chalkboard is a regular blog feature where Daniel and Steve look at a few different interesting notes from the OPTA Chalkboard following the game. If you're not familiar, the OPTA stats are advanced numbers that track every pass, shot, etc...and you can find them by going to the MLS Matchcenter for the particular game and clicking on chalkboard. If some of the terminology seems vague, check the Opta Definitions, which lay out the Opta's specific meaning of dribble, chance created, etc.

I've often shied away from defensive stats in this space, as I feel they are difficult to put into context, since every defensive action is hugely dependent upon offensive tactics, strengths, and weaknesses. However, after FC Dallas visited Rio Tinto for the second time on Saturday, I thought it would be interesting to compare the defensive side of the two matches' chalkboards since most of those factors would be similar given the same opponent and setting. Below we have a map of every on-ball defensive event in the May 18th last-minute 3-2 loss, then the same data for Saturday's last-minute 2-1 win: 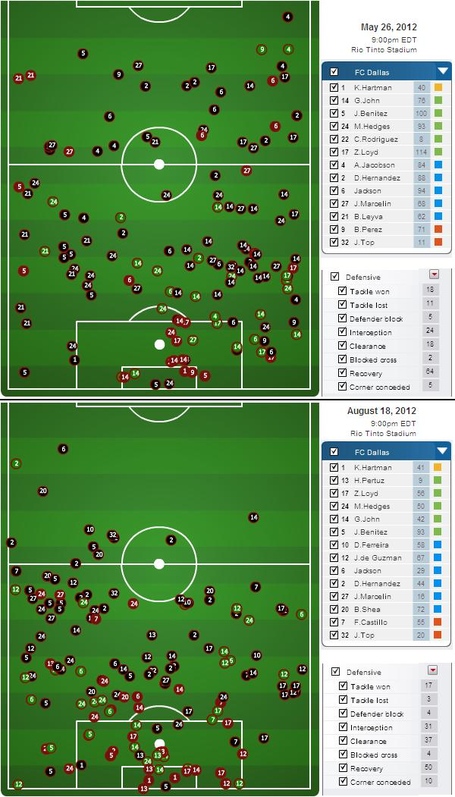 Analysis of this graphic and Daniel's observations after the break:

The shape of the defense is the most apparent difference. In May FCD tried to exert high pressure, with 36 defensive actions in the offensive half, but only 11 such actions on Saturday. May's high pressure did limit RSL possession to the point of Dallas only losing that battle 55%-45%, whereas this week's match was 66.4%-33.6%. That looks bad until you realize just how little possession matters, as has been explained by numerous analysts. Saturday's tactic of absorbing pressure and hitting on the break seems to be the much smarter tactic against RSL, especially in Utah. High pressure can be exhausting, and every little bit of stamina matters when playing at altitude. FCD may have had enough left for the late push on Saturday specifically because they sat back so often earlier in the match, conserving energy.

Daniel's Observation: Passing around the back

I'm beginning to think the word is starting to get out that the way to befuddle the FC Dallas offense is to shut down their passing around the backline. We saw just how effective they can be vs Portland when the back four are allowed the time and space to pass and the high pressure of RSL did a great job of shutting that down. 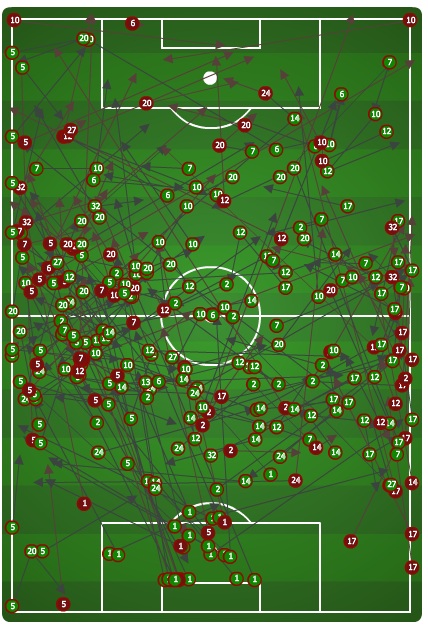 There's just almost no rhythm there which meant FCD couldn't establish any sort of attacking pattern, but the one encouraging part of things was the 75% pass completion percentage was actually fair good for a game at Rio Tinto Stadium. This theme of high pressure will again be at the forefront at the Home Depot Center on Sunday as LA shut Dallas down with relentless pressure a month ago and will likely employ the same strategy on Sunday.

Something that I really enjoyed about the Dallas defensive effort on Saturday was the amount of fouls they conceded and how few they gave away in dangerous areas. RSL(and LA next weekend) is a team that thrives on set pieces and getting their big bodies into the box. Dallas only gave them a very limited opportunity to do that and especially in the first half where they did not concede one foul in the danger area.

Every single one of these fouls in dangerous spots came in the second half when things start to get a little stretched and fatigue sets in. A huge part of winning on the road is not beating yourself. 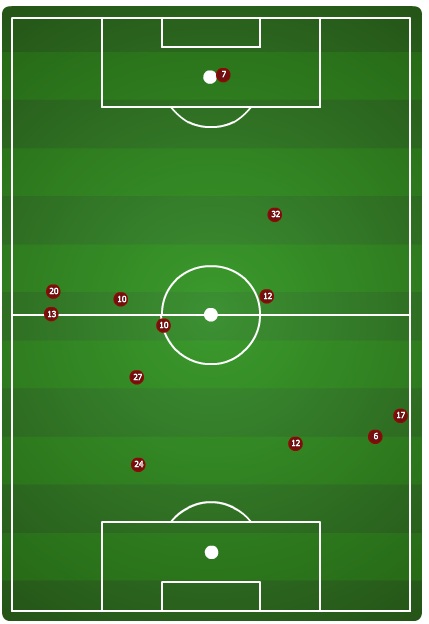