Share All sharing options for: Scratching the Chalkboard: FC Dallas at Columbus Crew

Seeing as how FCD has morphed into a counterattacking team, it's not surprising to see Dallas lose the passing battle on a weekly basis, win or lose. Dallas generally does not complete that many passes, but Saturday was surprisingly the fewest amount of total successful passes for a full game this season. Their 177 completed passes is significantly lower than the next lowest total of 197 which came un-surprisingly in the Sporting Kansas City game.

Players like Jair Benitez who had been so active in previous games(63 passes attempted in the Seattle game) were fairly silent with just 40 attempted passes vs Columbus and he led the team in that category!

On Saturday night, despite the goal, players like Fabian Castillo and Jackson may as well have just taken the night off, from their OPTA stats they certainly did. When Daniel Hernandez talked about young guys making a lot of money that need to step up, I imagine he's looking squarely at these two guys.

I was frustrated on Twitter when Castillo was calling for a sub early in the game after rolling his ankle, as he seemed to be walking OK and eventually scored the goal, but when you look at his chalkboard, he pretty much did nothing the entire game. In 60 minutes of play, Castillo amassed a heat score of 18...Matt Hedges, a center back, had a score of 20 in just 17 minutes of play. Here is Castillo's passing chart on Saturday. 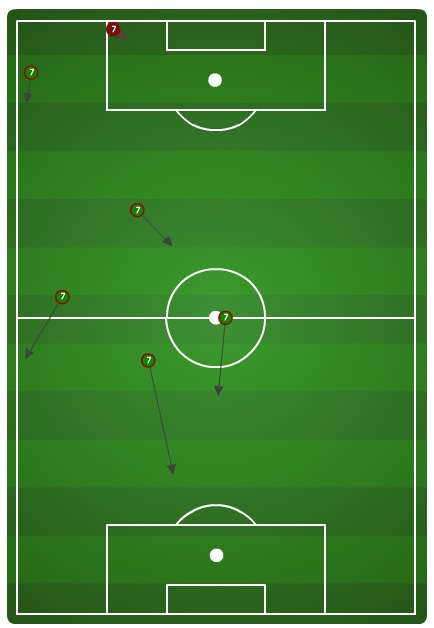 Seriously. That's his passing in 60 minutes of play(and the pass in the middle of the pitch was from kickoff). That is the definition of non-existent in a soccer game. However, there can be somewhat of a small pass given to him since he picked up the injury early in the game. Let's look at Jackson's 90 minutes of apathy. 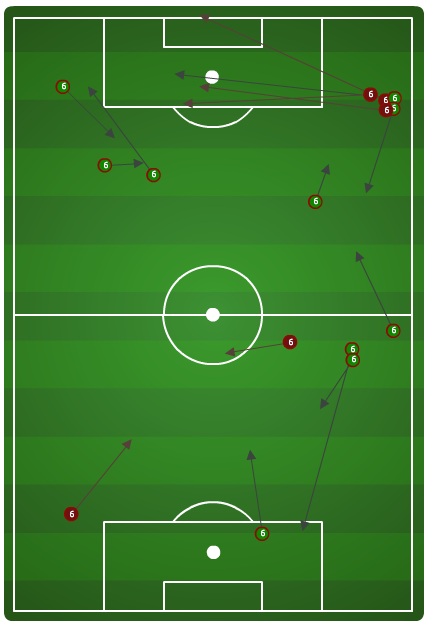 That is 90 minutes. Not.good.e.nough. For a team like Dallas that must attack down the wings without the presence of a central attacking midfielder, these efforts from Castillo and Jackson will lose you a game. 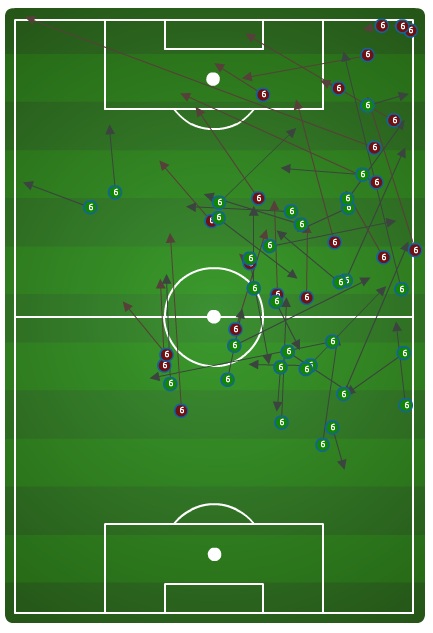 Were they the only scapegoats from Saturday? Hardly, the passing numbers were down from every single player on the pitch, but these kinds of apathetic performances are just not acceptable for a team that needs to fight and claw for every point to get themselves back into the playoff race.