Share All sharing options for: Scratching The Chalkboard: FC Dallas vs LA Galaxy

The FC Dallas vs LA Galaxy game was a fascinating one from a pure entertainment standpoint. There were two penalties, loads of chances for both sides and two teams that weren't afraid to attack while leaving the back a little bit exposed. The game was played at a much faster pace with more pressing than the RSL game as FC Dallas completed fewer passes(250 on Wednesday to 189 on Saturday) while their opposition also completed fewer passes(407 on Wednesday to 335 on Saturday). The big standout for FC Dallas was in the center of defense.

For central defenders, I believe there are three main statistics from OPTA by which you can measure their performance, those being interceptions, clearances and recoveries which are all fairly self-explanatory. On Saturday night, a matchday which saw an amazing 9 MLS games played, no defensive player in the league had more combined interceptions, clearances and recoveries than our man George John. 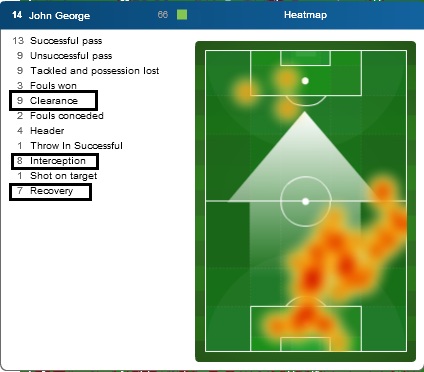 His 24 combined total was tied for the most of any MLS player this weekend(he was far and away the best on the field that night with Todd Dunivant coming closest with 14), with a couple of defensive midfielders equaling that same number, however it was the most of any MLS defensive player with Sheanon Williams & Jay Demerit coming closest at 21 combined. George's 8 interceptions is a number that is simply off the charts and while I don't have the time to go back and look at every player from every game, 24 combined clearances, recoveries and interceptions has to be among the top single game performances in the league this season. It certainly helps to pad the stats when you have an attacking team like LA as your counterpart.

Not that I'm saying anything here that everyone doesn't already know, but we saw on Saturday that little bit more offensive ability that Jacobson brings to the table over Bobby Warshaw. While he's still not returned to his form from the early to mid part of last season, what AJ brings to the table is a willingness to spray the ball around the pitch rather than focus on one place. Check out the passing charts from AJ & Warshaw in their last two games respectively. 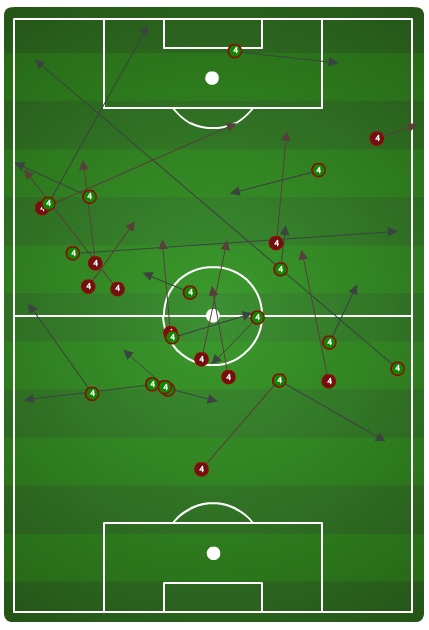 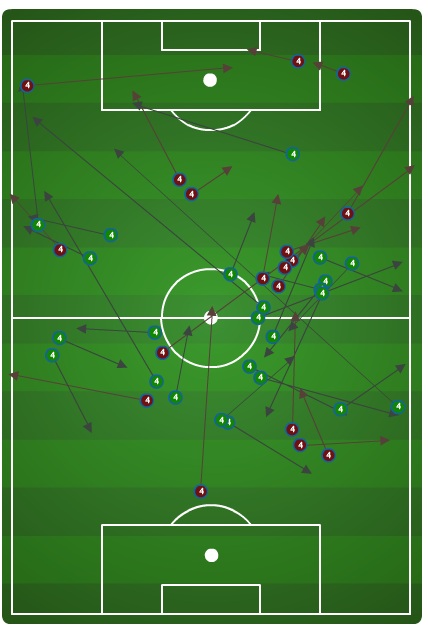 AJ vs NY...as you can see he likes to spread the ball around the pitch rather than following just one pattern. Getting Jackson back on the pitch at right mid will only amplify this as he seems to be much better at showing for the ball as opposed to Castillo who tends to make ill-advised runs at times. Now looking at Warshaw. 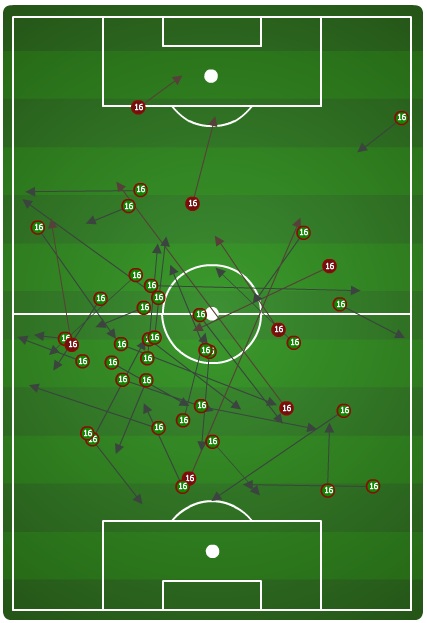 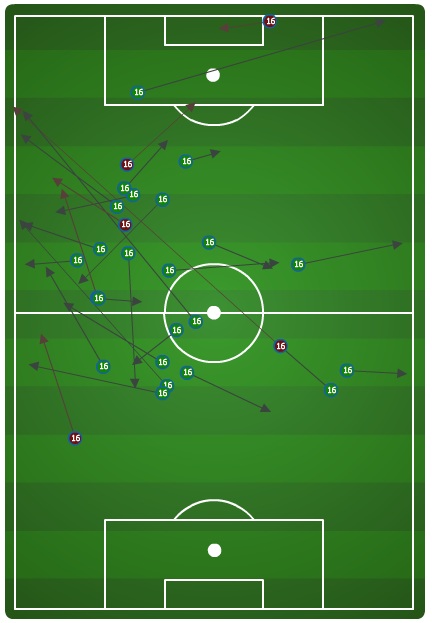 What I take from this is that when Warshaw gets the ball, he's looking to get rid of it to Shea for the most part. While he's probably the best option on the field to get the ball too, I'm not sure there's quite enough creativity yet, though that comes with time. I showed you these more than anything to just show examples of what each player offers.

Below is written by Steven Fenn 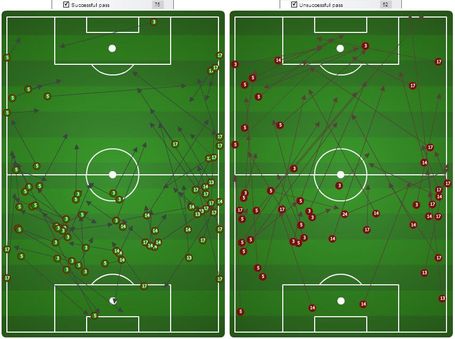 The backline Saturday completed 76 of 128 passes, a much lower percentage (59.4%) than usual. In FCD's 3 games before that, they completed 404 of 533 (75.8%). Look at the unsuccessful map and you see that much of the issue can be traced to over-reliance on long passes. In particular, the pocket (area in the center between midfield and attack) that Daniel discussed in the RSL Scratching was a dead zone in the backline's distribution. Makes perfect sense that no defender had an attempt from there, but passes to that area were rare and scarcely completed.

They clearly did pretty well passing in their own half, I just wish they'd kept it simple and played on the ground more often. Seitz (not shown above) could have played more goal kicks shorts as well, since he only connected on 10 of 27 long kicks. According to an interesting study (which argues that most GKs should play more balls short), the norm for long goal kicks is 49% retention. Interestingly, Bill Gaudette was similarly bad on long kicks, connecting on only 4 of 14.

I know this seems odd considering Benitez' costly error in stoppage time, but I agree with Opta's categorization of that as a bad touch leading to a loss of possession. Besides, the fact remains the Dallas' usually tidy backline cheaply gave away possession too often.