FC Dallas vs Real Salt Lake was an interesting game in that there were definite ebbs and flows to things. RSL completely dominated the first 15 minutes, which you don't normally see from a road team, while Dallas played perhaps their best 30 minutes of the season towards the end of the first half. Salt Lake mostly dominated the second half against a Dallas team that lost Carlos Rodriguez to injury early in the second half and struggled to maintain much of a cohesive attack with players who have barely played together on the pitch. A few different things we've taken from the chalkboard:

Jair Benitez can be a polarizing figure in that he seems to always play very well or pretty poorly, but Wednesday night he was FC Dallas' best player. While you can argue how effective your offense is if it's running through your left back, Benitez completed 39 passes on Wednesday, by far the most on the team and the most for him in any game this season. 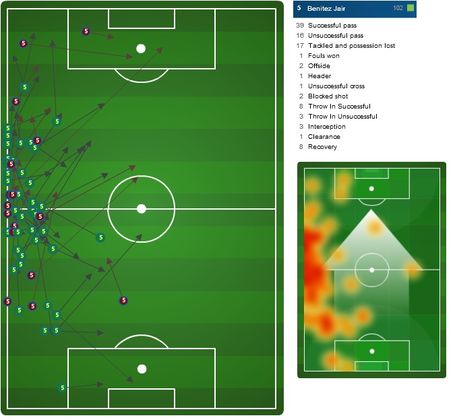 Jair's heat score, the combination of all those numbers above, was the highest on the team indicating he was the most active player and as you can see from his heat map, he was all over the left flank from attack to defense.

There's a little area about 20-40 yards from goal right in the middle of the park which is the area that's kind of between the midfield and the attack. People call it the hole or the pocket, for family reasons we will call it the pocket. Time after time on Wednesday, RSL was able to receive the ball in the pocket while Dallas couldn't find any space there, highlighting the need for a central attacking midfielder. The Salt Lake goal came from a play of this exact type where Will Johnson was able to find some space in the pocket, turn and play a perfect chipped ball that Bonfigli finished. Notice the difference in activity between the two areas. One other thing you will notice is how many more passes RSL completed. This is normal for teams playing Dallas as FCD is more of a counterattacking team. 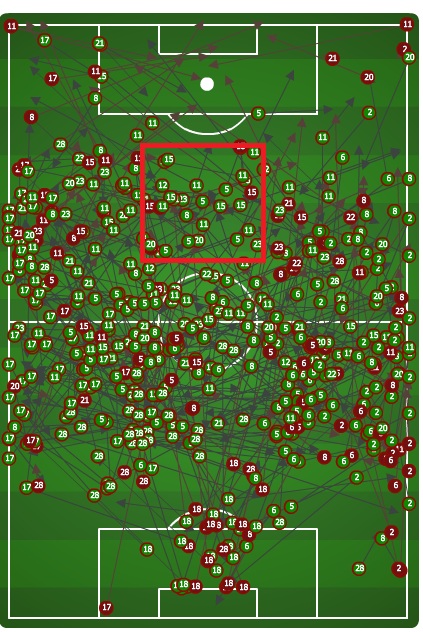 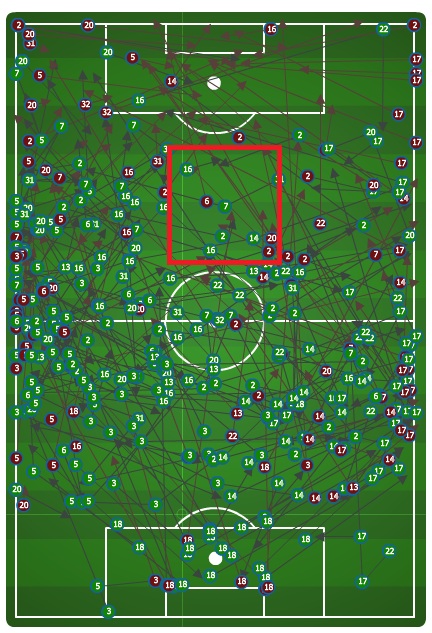 This part below written by Fennsk AKA Steve Fenn

Castillo active, but no finished product

While it was excellent that Fabian Castillo played a great deal in the final 3rd, and almost entirely in Dallas' offensive half, his production from those positions was disappointing. Discounting his 2 kickoff passes, he completed 11 passes and gave the ball away 14 times (8 of them without attempting a pass). On a level, it's nice that he's willing to take on defenders, but going 0-4 on dribbles is disappointing. He did take 2 shots himself (1 saved, 1 blocked) and created 2 for others (both long range, one blocked), but smarter play would have generated more and higher-quality shots for FC Dallas.

Don't get me wrong, I'm very pleased Castillo is one the team, and he shows a lot of promise for his age. I don't think his problem is rooted in a lack of passing or finishing skill. He's just missing the vision, awareness, and savvy to properly apply those skills. 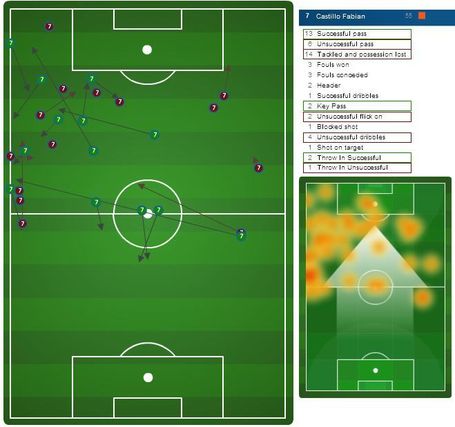