Bi-zarre
adjective
Markedly unusual in appearance, style, or general character and often involving incongruous or unexpected elements; outrageously or whimsically strange; odd.
Bizarre would be the only way to describe the end result of MLS Matchweek 4, a week in which about half the league was turned upside down. L
It has been often said that parity in American leagues is one of the defining features of sports in the USA, and this weekend was a perfect example of it. You won't often see in any other world league where 3 underdogs beat three title contenders in the same week but it makes for fantastically exciting soccer. 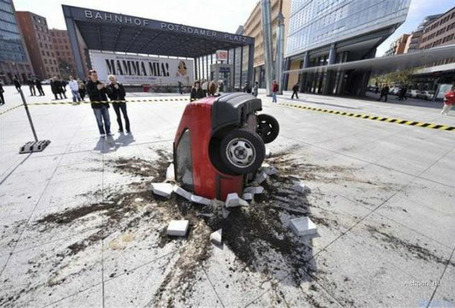 Do your weekend predictions look like this? It's okay. Mine do too.

The weekend began with an unexpected 4-1 thrashing of FC Dallas at the hands of DC United. Few people had DC winning this weekend, much less by this wide a margin. While United were desperate for a win, they had not shown much in the way of offense for the first three weeks. Former Dallas striker, Maicon Santos, who during his tenure in Dallas couldn't hit water if he fell out of a boat, struck an incredible goal from about 25 yards outside the goal line. That finish gave DC a ton of confidence and it set the tone for the match, with Dallas ultimately being spanked by the DC on national television. It is a cruel fate at the hands of the soccer gods, to whom Santos must surely have offered a human sacrifice to improve his strike rate.

The Portland Timbers took on Real Salt Lake on their home turf at Jeld-Wen Field, and while I expected an RSL win, I did not expect it to come off the way it did. Portland and Salt Lake seemed more or less evenly matched through most of the game, though Portland carried a one goal lead into the 84th minute courtesy of two impressive Darlington Nagbe goals. Jason Kreis isn't a man that takes to accepting a loss and so had brought on Fabian Espindola a few minutes earlier. Espindola opened up space which then allowed RSL scored two goals in the last 7 minutes of the game to steal a win and punch Portland fans in the gut. The Timbers were defensively shaky all game long and despite the last-minute win RSL stole, I felt that this was a fair result. I don't think you will find many who argue that the Timbers are a better team than Salt Lake.

The first of the two biggest surprises of the weekend occurred at the Clink (that would be Century Link Field, Seattle) where Seattle lost 1-0 to San Jose on a penalty kick. While the PK was of questionable quality (it sure looked like Lenhart took a dive) I'm not sure which is the bigger surprise: That San Jose beat Seattle at the Clink, or the fact that Seattle's offense has been completely lifeless for two matches in a row. Losing Rosales looks like it is a bigger deal than even initially thought. Freddy Montero has done nothing of note so far as well, which is disappointing Seattle fans and national writers who pegged him to score 20,394,234 goals.

The biggest shocker occurred, of course, on the NBC Sports Network as the New England Revolution beat the LA Galaxy 3-1. The Revolution looked invigorated, confident and well organized en-route to a shocking upset that now sets Los Angeles back two losses with only one win to start their campaign. Robbie Keane looked good throughout the game and got a goal, but the team sorely missed Landon Donovan to provide service and make cutting runs into the box. The bigger issue for LA is that again their defense looked like a joke. Can it really be that Omar Gonzales is such a big deal that without him the Galaxy D falls apart? Or is something more sinister afoot in the defending champs' camp?

In a result that surprised absolutely no one, Chivas USA lost to Sporting KC 1-0, though again the Chivas defense stood tall in the process. The Goats' midfield took Sporting out of their comfort zone and KC had a hard time getting into any sort of rhythm during the match. The lone goal came off a great reaction play from CJ Sapong who continues to impress with his strike rate early on. Despite LA's recent struggles, they should provide a stiff test next week to a Sporting side that fancies themselves the belle of the ball in MLS.