Share All sharing options for: Scratching the Chalkboard: FC Dallas at San Jose

I'm going to make this one just as much about San Jose as I do about Dallas because it's quite applicable in looking at just what a tough thing it is to defend the 'Quakes when they throw their version of the "kitchen sink offense" at you. A few different things from the game...

San Jose beat writer Geoff Lepper hit the nail on the head with his article today for MLSsoccer.com saying that San Jose's 3-striker lineup may be direct, but it's effective. When Steven Lenhart came in for the last half-hour of Saturday's game and the 'Quakes went into that 3-striker lineup of Lenhart, Alan Gordon and Chris Wondolowski, they abandoned their side-to-side passing game opting for pumping the ball into the box.

Looking at their passing chart through the first half, you can see lots of successful passes around the pitch getting everyone on the field involved. 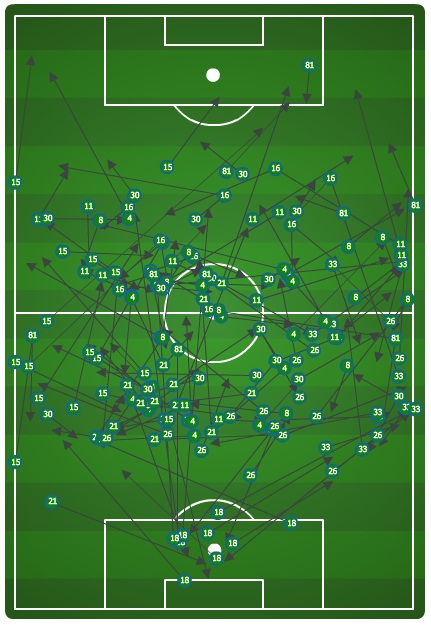 About as you'd expect and save for one breakdown, Dallas really didn't have too much trouble with it.

Once Lenhart came into the game, the midfield was bypassed and the route one kitchen sink was thrown. 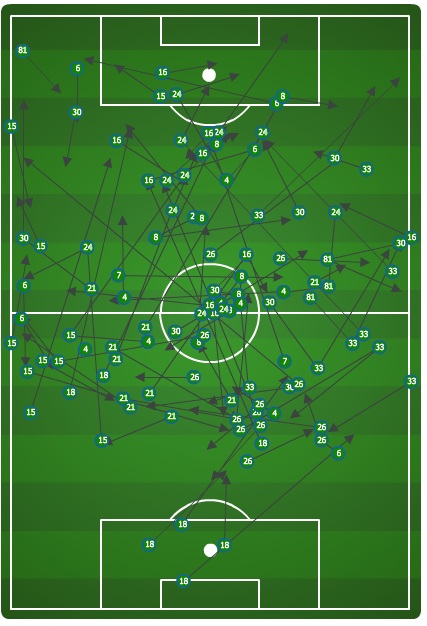 Matt Hedges was an absolute beast on Saturday night. His other-worldly 16 clearances, 10 recoveries, 4 interceptions and 3 blocked shots combine for a CRIB score(I just made that up, you like it?) of 33. The only other CRIB score that was even close was Victor Bernardez's of 24.

Let's look at where his defensive plays took place on Saturday 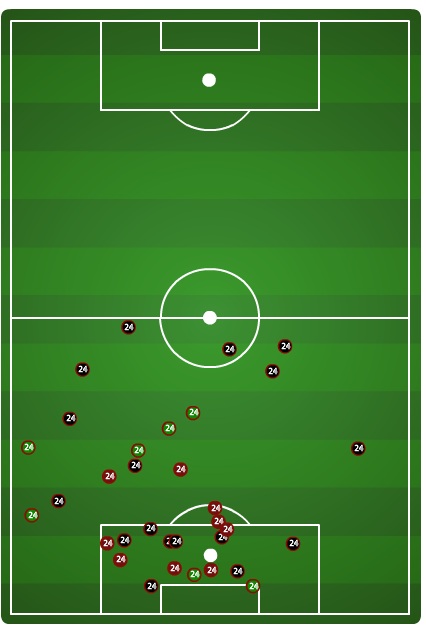 That is some MF-ing dominance. This was never going to be a game that Hernan Pertuz excelled at, but you can see just how well Hedges did by looking at where Pertuz's CRIB stats took place. 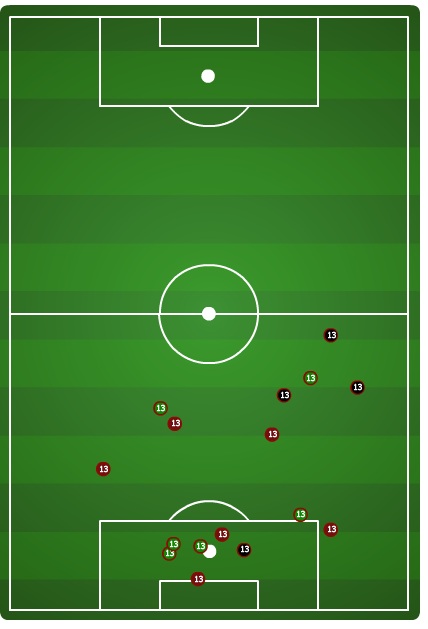 The difference is stark. I don't highlight this to say that Pertuz had a bad game, more to highlight just how dominant of an evening Matt Hedges had. Now imagine if you had George John, a very similar defender, to stop everything coming down the right side of the pitch like Hedges did on the left side. The first goal and the third goal probably don't happen. 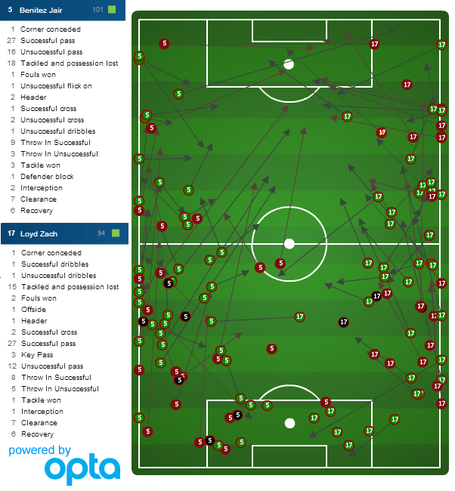 I really like Daniel's points above, but I just wanted to take a moment to highlight the wingbacks' contributions. Out of 19 FC Dallas passes into the box, 8 came from Benitez and Loyd. FC Dallas created 8 chances (passes that led directly to a shot), and Loyd supplied 3 of those. Amid their chance creation and quite a few long passes, they were among the most efficient passers on Friday as well. Also, Zach, Jair, David, and Jackson had the 4 highest heat scores on the team, meaning they had the greatest volume of statistics..